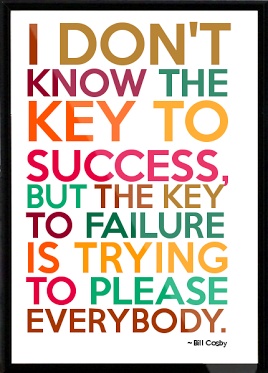 I read Carry On, Warrior over the weekend. It was laugh-out-loud funny and also gut-honest. While I can’t really highly recommend it because I disagreed a great deal with Glennon’s theology on life and religion, it really challenged me in my writing as a blogger.

You see, I’ve not been dishonest as a blogger, but I’ve held back a LOT over the past few years. And it was 100% out of fear.

As this blog has grown, so have the critics. While you can definitely grow thicker skin, that doesn’t keep you from being human and being hurt by the negativity.

Everyday, there are negative comments and emails from people who are disgruntled with me, with this blog, and with my life in general. It’s the sad reality of today’s online world.

Why I Wanted to Stop Blogging

Three and a half years ago the negativity escalated to a point where I wanted to shut the blog completely down and go dark.

What happened? Well, two people whom I considered to be long-time friends and with whom I had shared personal things, posted very hurtful things about me and my family in a public forum.

Since they did so anonymously, at first, I didn’t know who they were. I just knew (based upon the details they shared) that these people knew me personally.

And let me tell you, that’s hard. It’s difficult when you wonder if it’s your friend at church, a relative, someone in your neighborhood. When you don’t know, it’s hard not to hold everyone up as suspect.

As time marched on and they continued to publicly criticize, I slowly narrowed it down until I knew exactly who the two people were. But they didn’t know I knew… and they still continued to act like my friends in our personal interactions.

Which put me in a really awkward place. And also caused me to feel scared in every relationship. Was this person just pretending to be my friend so she could then go and criticize me behind my back to someone else or somewhere online? Did I even have any true friends?

A Lonely Time in My Life

It was a lonely time in my life. It hurt a lot. And it made me seriously reconsider blogging.

It’s one thing to be criticized by a nameless, faceless person who leaves an anonymous comment. It’s another thing entirely to have someone you thought was your friend mocking and criticizing you in a public forum.

Why was it that this blog that I love so much also opens up the door for every part of my life to be publicly scrutinized? Why can’t people just focus on bettering their lives instead of picking apart other people’s lives?

I wanted to run from it. I wanted to pack it all up, take it down, and go hide somewhere far away from everyone but my family. I wish I were stronger than that and could just let it all roll off my back, but I wasn’t. 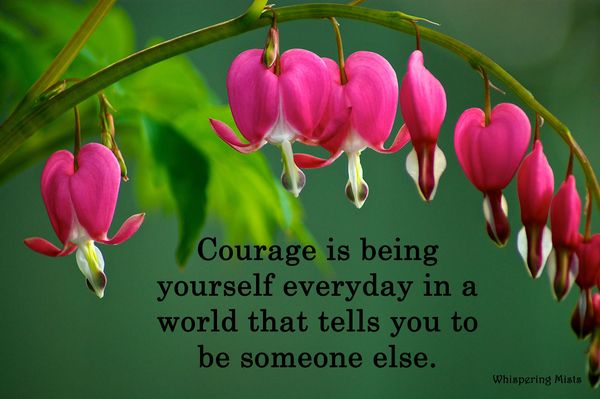 Being a People-Pleaser Is Exhausting & Unfulfilling

Thanks to my husband and my mom’s encouragement and the grace of God, I kept blogging. But I kind of went into a shell. I stopped sharing a lot of personal details about our life. I stopped feeling free to share my heart.

I held back out of fear. Fear of criticism. Fear of ridicule. Fear of what others would think.

Reading Glennon’s book really challenged me. In the past two years, I’ve been working hard at being authentic in my real-life relationships and it’s been a beautiful thing. I’ve experienced much deeper and real friendships — and have been so blessed by it!

I want to be real and authentic and honest as a blogger, too. I’ve been so encouraged by your response to me recently bringing back more personal posts. And you’ve encouraged me to be brave and open up even more in the coming weeks and months.

No longer do I want to hold back from sharing things on my heart because of fear of being criticized or what people will think. It’s exhausting and unfulfilling!

Yes, not everything needs to be shared online and some things are better left unsaid, but I’m committing to you, my readers, that I am no longer going to hold back from posting something or sharing something just because I’m scared a few people might criticize it.

I’m done with living under the bondage of being a people-pleaser and ready to start living with boldness and bravery! Today.