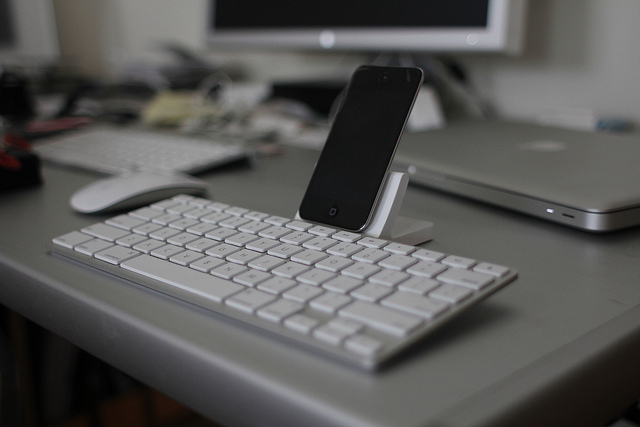 Debby left this question on the Ask Your Blogging Questions Here post. It’s one I hear often and I thought it was high time I addressed it in this series where I’m answering your blogging questions:

So my question might be too pessimistic, but I am wondering if some of us are getting into blogging too late. Are there just too many blogs out there to really be able to get in on it all?

I have so many ideas, but then I do a little research and see that there are a ton of people already posting on these things. I feel like another blog is not needed.

So how do you make your blog something people need to read? The really successful blogs either look like they had money to put into it before making money or they have been around since the beginning. What are your thoughts? -Debby

Can I just encourage you, Debby? I don’t believe in any way that the market is saturated when it comes to blogs.

I know others disagree with me, but I hold to that statement because I believe that everyone has a unique perspective, everyone has a different writing style, and everyone has their own story. These three things will set apart your blog from anyone else’s in the world.

Think about book ideas and business ideas: there are millions of them out there. And yet, every week, many new books are published and many new businesses are started. Not all of them will succeed, but many of them will make a difference.

So remind yourself of this when you begin to feel like the market might be saturated. There is always, always room for new blogs, new books, and new businesses. 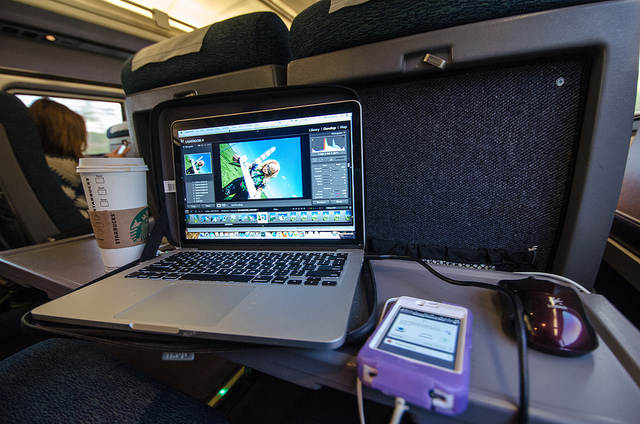 However, I want to give you four important words of advice to think about as you contemplate the possibility of starting a blog:

1. Don’t Blog for the Money

While I’ve written extensively on how to start a blog and make money blogging, I cannot emphasize enough how important it is that you have a purpose for blogging that is much bigger than making money.

I’m a firm believer in being smart and strategic. I think it’s wise to find creative win-win ways to make money that also help your audience out. But never, never, never start a blog just to make money.

You will crash and burn if you have no bigger why behind your blogging endeavors than making money.

When I first started blogging here on MoneySavingMom.com, there were quite literally no other blogs that I’d ever found that were matching coupons with deals. Pretty soon after I started, the idea caught on and soon, there were a number of bloggers covering deals at their local stores and sharing great online deals.

Because people found out that there was pretty good money to be made in this field — especially if you did a great job of it — more and more people jumped on the deal-blogging bandwagon.

I saw blogger after blogger start new deal blogs — some starting multiple deal blogs. Many outright said to me that they were really only blogging for the money.

A year or three later, the majority of the bloggers who only started blogging for the money had either shut down their blogs entirely or had confessed to me that they were exhausted, frazzled, and overwhelmed.

Blogging is hard work. Making a living from blogging is not an easy road. And when the frustrations and set-backs and discouragements come, if you’re not in it for a bigger purpose than making money, you’re going to have a hard time sticking with it for the long haul. 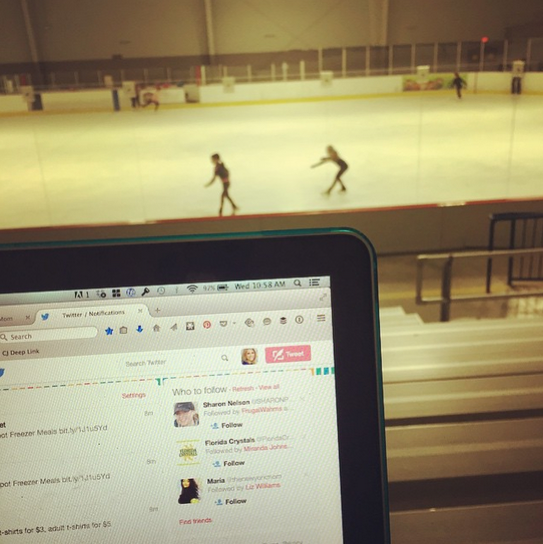 I love that blogging allows me to pretty much work from anywhere! Today, I took my “office” to the skating rink and hung out with Kaitlynn while she had an intensive day of figure skating lessons and training.

2. Don’t Try to Be Someone You’re Not

You are the only you on the planet. The world needs YOU — not you trying to be someone else.

Instead of looking at other bloggers and thinking of how you can replicate what they are doing, be inspired by them and then go do your own thing.

Instead of trying to copy others, think about what you can do to set yourself apart. What unique perspective and life experience do you have to bring to the table? What ideas and subjects are you intensely passionate about?

This is a recipe for discouragement and defeat or for pride. Whether it makes you feel better than or less than, either way, it’s not good for your heart. Save yourself the fallout and just stop comparing.

Focus on being the best version of yourself that you can be. Surround yourself with people who will encourage you, build you up, and challenge you to improve and grow as a person.

But also, give yourself grace and remember that you don’t have the same gifts, capacity, or calling as others do. And that’s the beauty of us all being unique individuals. 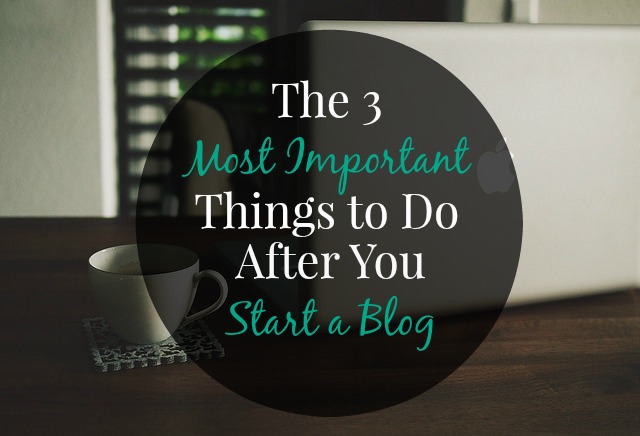 For more encouragement, read my post on the 3 Most Important Things to Do After You Start a Blog.

There’s a huge advantage nowadays over when I started blogging, because the public at large knows what a blog is.

When I first started blogging, most people hadn’t even really heard of this thing called a “blog”. So before you could tell them about your blog, you first had to explain to them what a blog even was! It was a weird phenomenon to many people and just didn’t make a whole lot of sense.

If you start a blog now, you have a big advantage because blogging is widely accepted and understood. But it also means that it’s no longer a sort of cutting edge thing.

Because of this, as you go to research topics and ideas, you’ll find that there really isn’t anything new under the sun. What your friends think is your personal brilliant idea has probably been blogged on dozens and dozens of times.

In fact, it always cracks me up when I post something simple — say about making your bed every day — and then get emails from people telling me that they read that idea in a book before and I really should give credit to the author I got the idea from.

Here’s the truth: there are really rarely many truly new ideas. While I’m all about giving credit where credit is due if I got an idea or quote directly from someone else, for most ideas, they’ve been shared so many times in so many ways that it’s basically impossible to say where an idea originated from. And often, I may have come up with the idea on my own, but that doesn’t mean that a thousand other people didn’t also come up with the idea, too, and write about it on their blogs.

I don’t say this to discourage you, but to just remind you that you can’t be concerned about only blogging about ideas that have never before been shared. Otherwise, you’ll be hard-pressed to find material to write on!

Just write from your heart, write what you’re inspired about, share what’s working or what’s not working for you. Share from your own life story and unique perspective.

If you’re going to hold something out as a brand-new, never-before-heard-of original idea, you probably should research to make sure it’s truly not been blogged about before. But otherwise, just be you as a blogger. Give credit to anyone you get ideas from, but don’t stress about always having to cite a source for everything — especially if the idea is something you just learned by trial and error.

Too much research can stifle your creativity. If you go out trying to search to see what else has been written about a particular topic, it can sometimes be more discouraging than helpful — as you’ll find that three or 30 or 300 other bloggers have shared a similar idea, but with better photos or graphics or storyline than you would have ever come up with yourself.

Instead of spending hours researching, I encourage you to spend a lot more time writing, editing, tweaking, and creating than you do researching. In the long run, it will be a much healthier decision for you.

As I’ve said before, “Stop collecting more information and, instead, go and apply what you already know.” 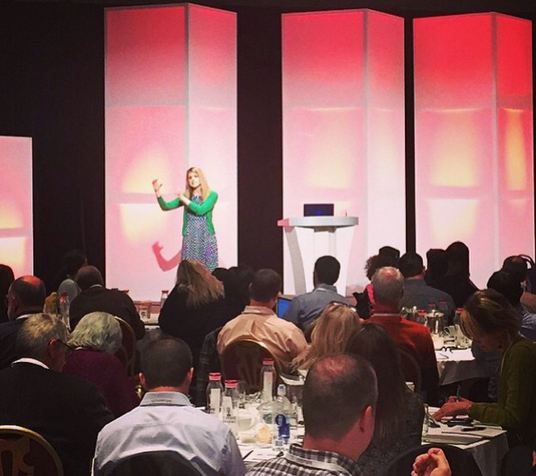 Do you feel like you just don’t measure up? That you’re not good enough? That you wish you could be successful and fulfilled in life but you’re met with failure and discouragement at every turn?

So much of the time, our unwillingness to act or our inability to gain momentum has to do mostly with the things we’ve let ourselves believe about ourselves.

It’s long been said that if you believe a lie for long enough, it can become a truth to you. So if you tell yourself for months and months that you’re not good enough, that you don’t have anything to offer, that you shouldn’t start blogging because you wouldn’t do a good job of it, then you’ve probably slowly started to own those lies and let them be believed as truth in your life.

Instead of embracing these untruths about yourself, start calling them out for what they really are — LIES! Then replace them with the truth: you have a unique story and purpose, you are enough, the world needs your gifts and talents.

If you, too, struggle with living under lies and letting them dictate how you live, I encourage you to download my talk on the 3 Lies That Are Stifling Your Success & The Truth That Will Set You Free. I think it will really encourage you!