Home » LITE Feed (non-deal) Posts » “I Stayed Out of Debt in College By Living in My Van (for real!)” 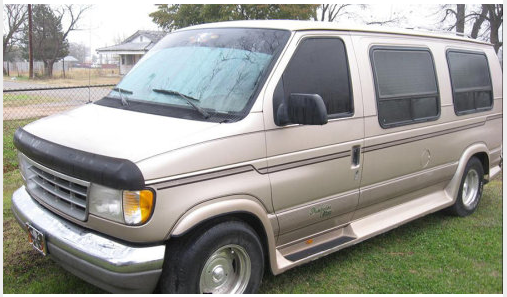 Victoria from Snail Pace Transformations emailed me this story yesterday about a guy who stayed out of debt during college by living in his van. It definitely ranks up there as one of the more creative and original ways to pay cash for college.

Here’s a snippet of the story:

On the first night I tried to sleep in my van, I was lying in my sleeping bag sprawled out on the backseat, parked in a mostly empty Walmart parking lot. I’d wake up every 15 minutes because I was nervous that the security guard driving past my van would knock on my door and make me leave.

My new home had 60 square feet and four wheels. While most people would consider living in a van an embarrassment, a low point, or even a “rock bottom,” it would — though I didn’t realize it then — turn out to be the greatest financial decision I’d ever made.

No one would end up waking me up in the Walmart lot, and, over the next two years, almost all of my other fears would prove to be entirely unfounded.

In January 2009, when I’d decided to move into the van, I was nearly broke. I had just $4,000 in the bank and no possessions other than a laptop, camera, cellphone and a suitcase full of clothes and a backpack full of camping gear.

I had next to nothing because I’d just finished paying off my $32,000 undergraduate school debt. Still, after two-and-a-half years of working, I wanted nothing more than to go back to school and get my master’s degree in liberal studies at Duke University. But how could I afford tuition and not go back into debt?

I’d cook in it, sleep in it, study in it, and live in it. I’d do whatever it would take not to go into debt again.

Read the full story and details on how much he saved here.

What do you think? Is this a creative and amazing? Or just plain ridiculous? Would you consider something like this in order to save money? I’d love to hear your thoughts!