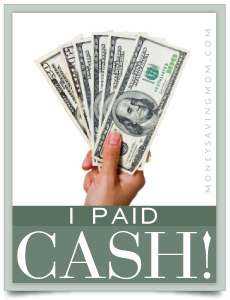 About four years ago I began to have terrible pain in my lower abdomen. I had been diagnosed with Ulcerative Colitis, an “incurable disease” ten years prior to that, and knew that because of this, my chances for developing colon cancer were greatly increased. After much prayer I decided to consult with a doctor, despite the fact that I had no health insurance.

I was blessed to find a doctor who only charges forty dollars per visit if you are paying out of pocket. She spent more time talking with me than any doctor I have ever interacted with. She prescribed a CT scan to find out what was going on. Rather than just heading to the hospital to get this done, I went home and opened up the Yellow Pages.

I found about four or five facilities that did the CT scan procedure and called to find out how much they would charge me. The prices varied from over $1000 to about $600. When I told the place that was going to charge $600 that I would be paying cash, they reduced the price to $500.

I made an appointment to have the scan done with them. Then the morning of the procedure my brother suggested that I call and ask, “If I pay the cash today when I come in, how much will you charge me?”

I was really embarrassed to make that call. I honestly did not want to. But I did it and instead of them laughing at me, they reduced the bill by another $100!

Hooray! They even seemed rather amazed when I handed over the money that day.

I waited for the results and was very relieved to find that the pain was not caused by a tumor, but an ovarian cyst, which eventually went away.

I am so thankful for the wisdom and guidance that the Lord has given me as He has led me through this illness. It has been quite a journey, and I have definitely received more than a bit of scorn for my choice not to carry insurance — especially considering my condition. For now, I do not believe that that is a burden that He has called me to bear, so I am trusting Him and rejoicing in His faithfulness as He continues to heal me.*

Every year I have been getting better from this so-called “incurable disease”, and I rejoice at the words of the song by Joseph H. Gilmore:

Psalm 68:6 says, “God setteth the solitary in families”. He has truly done this with Jody by transplanting this Midwesterner to Texas to live with a family of nine and help with their home business.

________________
*Note from Crystal: While I completely respect Jody’s decision to not carry health insurance, my husband and I would strongly encourage you to prayerfully consider health insurance as a big priority in your budget. We’ve seen families whose finances have been destroyed by being hit with unexpected medical bills. We believe strongly in trusting in the Lord, but we also see carrying health insurance as being wise stewards of the resources God has given us.

Please note that comments which are discussing political views on healthcare, bashing other reader’s decisions or which are deemed to be inappropriate will be deleted. Let’s keep the discussion cordial and focused on the topic at hand.