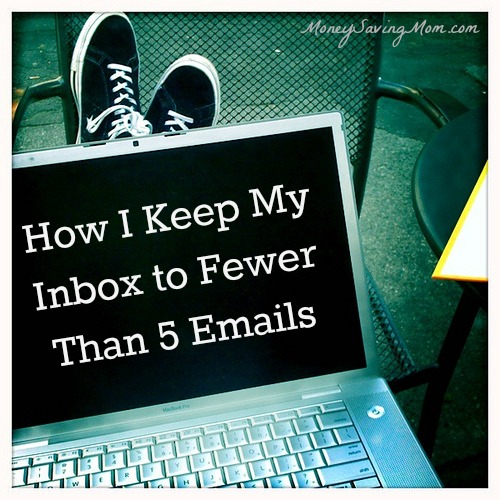 I’ve always been pretty fanatic about keeping my email inbox cleaned out.As a result, for the past few years, I’ve deleted diligently and filed fastidiously, and this has worked alright.

However, the more email I received, the more I started dumping things into my “To Answer Later” file. This file would soon fill up with 50 to 75 messages that needed to be addressed — some that required a significant amount of time to deal with (a lengthy form that needed to be filled out for something or other, information that needed to be gathered and emailed back, an article I needed to write and submit, etc.)

I made it my goal to deal with my To Answer file on Saturdays. But this stopped working efficiently as the number of emails in the To Answer File grew. Some Saturdays, I wouldn’t have time to answer the emails — which then meant their number was doubled the next week.

As a result of not being able to find a big time block to deal with these emails, I’d often miss important deadlines and opportunities. These unanswered and undealt-with messages hung over my head like a dark cloud, constantly making me feel behind and unorganized.

Clearly, I needed a new system! So, at the beginning of this year, I drew a line in the sand and made some significant changes to my email system.

The result? Not only am I hitting Inbox Zero almost every single day, I’m also much more productive and efficient with my email time. Plus, I’m answering emails much more quickly than I ever used to! 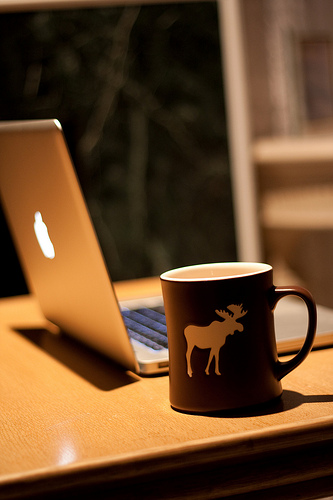 Here’s what has worked for me:

I started examining every single email list I was subscribed to. I’d ask myself, “Have I found something from this email list to be valuable in the past few months?” If so, I wouldn’t unsubscribe.

In just about 90% of the cases, I realized I was deleting the emails from each list as they came in every week — or as much as every day. Sure, I’d delete them immediately, so it’s not like it was clogging up my inbox.

But why was I wasting minutes every single day deleting emails that I didn’t care anything about when I could take 5 seconds to unsubscribe and never see an email from that company in my inbox again? Such a revolutionary thought, I know. 🙂

In all honesty, though, it was something I’d not given a lot of thought to. I’d just delete, delete, delete. However, since taking a week to unsubscribe from 90% of the lists I was signed up to, I’ve realized how much time and inbox space this is freeing up!

For example, it used to be when I’d check my email in the morning, I’d have at least 40-60 new emails, the bulk of which I’d delete. Now, it’s unusual for me to have more than 20 each morning. Most of those 20 are emails that need to be responded to or in some way dealt with. But instead of having to go through my email first thing and delete a bunch of unneeded emails. Now, I can just start responding to emails right off the bat!

I have figured out that just the act of ruthlessly unsubscribing is saving me a good five to 10 minutes of time every single day. That doesn’t seem like too much, until you multiply that out over the course of a week (35 to 70 minutes), a month (150 to 30 minutes), or a year (1,825 to 3,650 minutes). That’s a lot of minutes saved!

Please do yourself a favor and unsubscribe from all notifications you possibly can from social media. You can always go look up and see who your new Twitter followers are or who left you a comment on Facebook. You don’t need those notifications interrupting your workflow throughout the day. I promise you will survive just fine without them!

2. Use the Delete Button Liberally

The delete button is your friend. Use it as your secret productivity weapon. If you don’t need an email, just delete it. Right now.

If you think you might need some of the information on it in the future, then just use the handy-dandy feature on GMail and archive. {You are on GMail, right? I am convinced is the best productivity email service on the planet!}

For those of you who currently have 35,000 emails in your inbox, the delete button needs to become your very best friend. Today. To save yourself the extra time and effort, check out Unroll.me. One of my readers recommended it on my Facebook Page this morning and it looks like a fabulous way to deal with a huge load of emails in an efficient manner.

Save Yourself a Little Time With Send & Archive

Have you added the Google Send & Archive option to your email? This saves you the step of having to send an email and then delete it. Just press Send & Archive and your email is sent and archived. Ta-da! 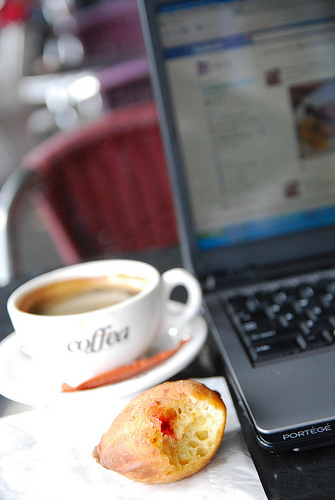 Maybe you can’t unsubscribe from an email, but you can always filter it — provided you have GMail. I use filters for affiliate notifications that I can’t turn off, junk email that I can’t subscribe from, and more.

I also have filters set up for submissions to my site. So if you submit a deal or a guest post, those go in a separate folder that I check when I’m posting deals or reviewing guest posts. This keeps them in an organized place that I can easily access, without taking up real estate in my inbox.

I saved this suggestion for last, because this is truly what has revolutionized my inbox. Before my “Inbox Revolution”, I filed things that would take longer than a minute or two to answer.

This truly only just resulted in a bulging To Answer File. Yes, it wasn’t in my inbox, but it was still weighing me down because I knew it was lurking there waiting to be dealt with.

At the beginning of the year, I decided to change my strategy and stop filing any email in my To Answer file for a few weeks. I was amazed at how this forced me to be more efficient!

I stopped asking myself, “Should I file this to answer later or take the time to answer it now?” Instead, I just answer the email right then and there, if at all possible, and then delete it.

Usually, there are a few emails that will require longer answers. In that case, I’ll leave those few in my inbox until I have a longer time-slot to deal with them. But I try to not let anything stay in my inbox for longer than a few days, preferably a few hours.

By adopting this strategy, it’s opened my eyes to how much time I was wasting just moving around virtual files and furniture, rather than just getting the job done. 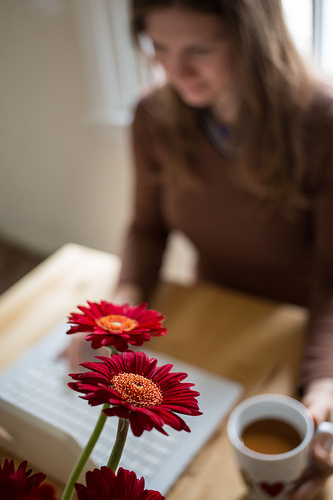 How I Keep My Email Inbox to Fewer Than 5 Emails

B. Immediately Delete Any Emails That Don’t Require Opening or Answering (such as someone just responding with a one-sentence confirmation)

C. Unsubscribe From Any Subscription That Has Still Made It Into My Inbox

D. Open and Deal With All Emails

E. Never Allow There to Be Any More Than Four Emails In My Inbox <— This has been key for me. If there are more than four, it means that I highly prioritize email answering above other computer work.

What tips & tricks do you have for taming your email inbox?