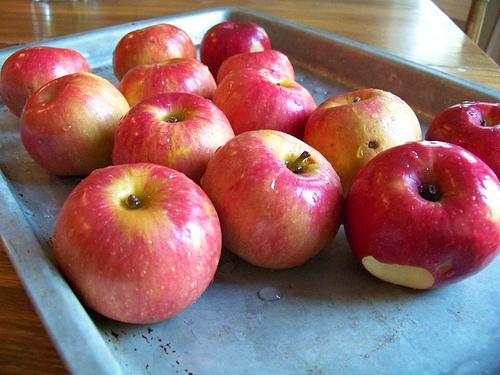 After buying 18 pounds of apples two weeks ago and another 20 pounds this week, I was excited to see this recipe on Pinterest for Baked Apple Chips. 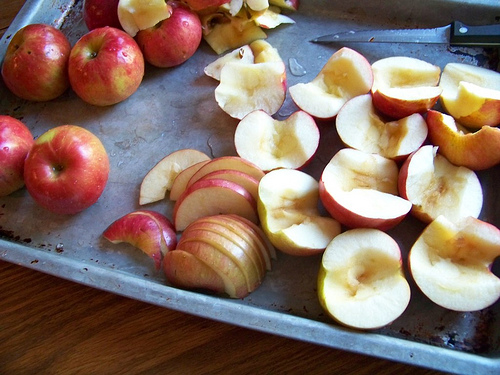 Since I don’t have an apple corer, I decided to cut the apples in half, cut out the core, and then slice them thinly. 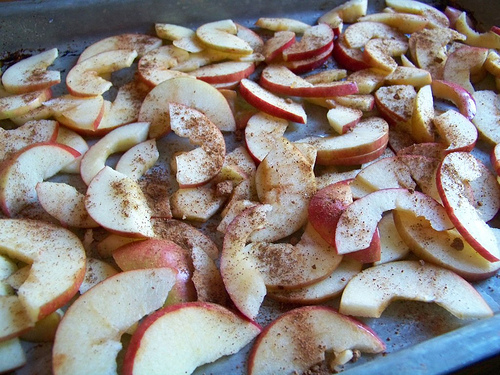 And then I found out I didn’t have any cinnamon on hand (how did that happen?!), so I sprinkled one pan with nutmeg and cloves and left one pan unsprinkled. I stuck them in the oven at 275 degrees. After around an hour, I pulled the pans out and stirred them and then put them back in to bake for another hour.

They turned out a little on the chewy side. If you wanted them to be crispier, you could leave them to bake for another 20-30 minutes and then let them cool completely before eating or storing. 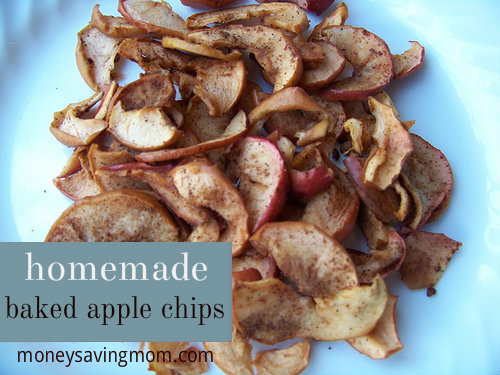 The final result was yummy apple chips that didn’t last longer than 24 hours. The whole family was impressed and enjoyed them.

I stored those that weren’t eaten right away in a ziptop bag in the refrigerator, I think these would also freeze nicely, but I didn’t get a chance to try that before they were all eaten up!

By the way, we preferred the unsprinkled chips to those sprinkled with spices. 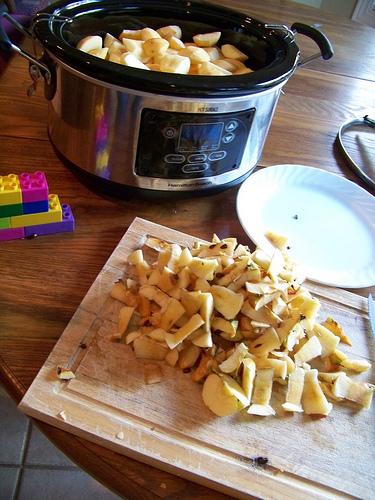 (Today’s apple project was making homemade applesauce and apple butter. I’ll share pictures and more details on how that went on Monday! By the way, I cracked up that LEGOs ended up in this picture–they seem to be taking over our house!)