Home » LITE Feed (non-deal) Posts » When your heart is in your throat, your stomach is in knots, and you just want to run away from it all 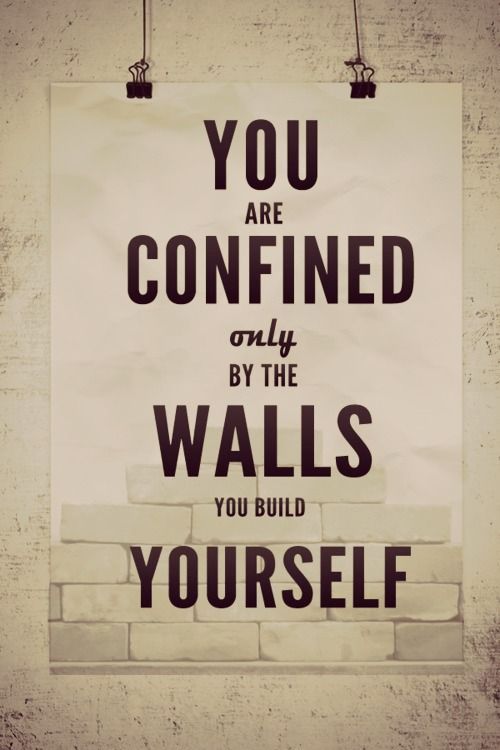 I had to get up on that stage. But it was one of the last things I wanted to do…

Months earlier, I’d been asked to speak at the Platform Conference. I was so honored to be offered the opportunity, but I immediately wanted to turn it down.

I’d attended the Platform Conference the year before and I knew the caliber and credentials of the speakers. I didn’t feel like I fit.

So much of the time, I feel like I’m limping along at this blogging thing. I’ve made so many mistakes. I don’t follow most of the advice the experts tell you that you must if you want to be successful. And, most days, I feel like I have no idea what I’m doing.

But I keep doing it because I love to write, I love the beautiful community here, and because I believe wholeheartedly that this is the calling God has for my life right now.

However, speaking about my blogging journey on the Platform Conference stage? That felt way outside of my comfort zone and outside of my skill set.

In fact, my first response after I was asked to speak was, “I’m not worthy of that stage.”

And I meant that to the depths of my being.

But as soon as my friend and manager, Brian, heard me utter those words, he looked me in the eye and bluntly said, “You have a message that God has given you. I want you to go up on that stage and own the message you’ve been given… because people need to hear it.”

The Lies That Hold Me Back

Brian knows that I’ve been going through a personal healing journey the past few years. Healing from years of believing lies — that I’m not talented enough, experienced enough, qualified enough… that I’m just plain not good enough.

These lies have held me back from many things — in my personal life, in my marriage, in my friendships, in my parenting, and as a businesswoman.

Part of discovering healing and wholeness in my life has been the result of recognizing these beliefs as lies and committing to replace them with the truth.

I’ve been blessed to have truth-tellers in my life like Brian, and my husband, and my other manager, Joy. People who are willing to call me out when I’m letting the lies dictate my behavior — like I was when I responded that I wasn’t worthy to speak at the Platform Conference. 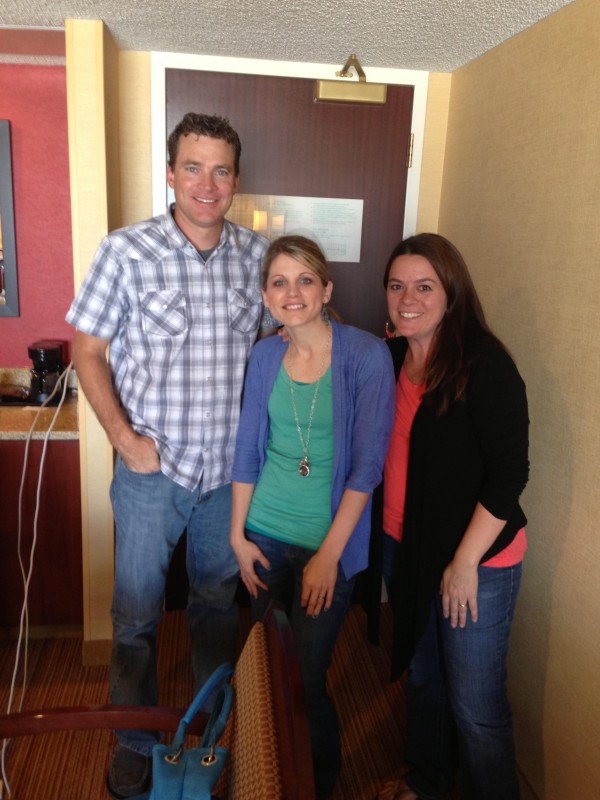 Brian & Joy, my amazing managers — I am so very grateful for all that they pour into my life and for how they are such truth-tellers in my life. Their advice, counsel, and wisdom has transformed me as a person from the inside out.

Accepting the Opportunity — With Fear & Trembling

So, with fear and trembling, I accepted the speaking engagement many months ago. And then I promptly shoved it to the back of my brain so I could focus on other more pressing matters.

Well, and because I sort of wanted to forget that I had committed to something like this that was another leap outside my comfort zone. 🙂

The Text That Rocked My World

Fast forward to a week and a half ago. I had left on Friday morning to speak at Hearts at Home on Saturday. It had already been a long week. I was tired, spent, and just wanted to go to bed and sleep for hours.

Instead, I was sitting in my hotel room on Friday evening trying to take my outline for the Platform Conference talk and turn it into an actual talk.

And then my phone gave that familiar sound letting me know that I had a text message.

I picked up the phone to check to see who had texted me. It was from my dear friend, Michele.

As I read the text, everything inside of me turned inside out. I couldn’t believe what I was reading.

This couldn’t be right.

I read it again. I tried to breathe but it felt like everything around me was going dark.

A suffocating weight came over me as I realized the gravity of text message.

Michele’s cancer was back.

It was incredibly aggressive.

I needed to work on my talk for the Platform Conference, but that was the last thing on my mind then.

After three hours of trying to calm myself down, I finally fell into a fitful sleep.

When I woke up the next morning. The heaviness was still there. My heart hurt so much.

But I had to get up and get ready to go speak to hundreds of women at the Hearts at Home conference. I felt like I had nothing to give them… but I had to follow through on my commitment.

Putting One Foot In Front of the Other

I prayed for grace and strength, mustered all the courage I could, and got up on that stage. God was so faithful to carry me through that talk and the next. Then, I made a beeline for the airport to catch a plane to take me to the Platform Conference.

All the while, I was just focusing on putting one foot in front of the next. That’s all I knew to do.

I needed to work on my Platform talk, but every time I pulled my notes out, all I could think about was Michele. The woman who had spent hours helping me craft every talk I’ve given over the last year. The woman who has inspired me in huge ways as a public speaker. The woman who has loved me, encouraged me, and been such a gift to my life this past year.

I got to the venue for the Platform Conference around 11:30 p.m. I was spent, tired, and heavy-hearted. You know the kind of tired where you’re too tired to fall asleep? That was me.

Gratefully, I was finally able to fall into a deep sleep Saturday night and get a solid night’s rest. I would need it for the next few days!

My Platform talk was still far from done, but I was at a loss as to how to move forward with it. I’d hit a brick wall.

Jesse was flying in with the kids on Sunday. He was going to drop them off at his sister’s house in Boulder and then drive to meet up with me in Colorado Springs. I was so very ready to see him!

I was also so very ready to figure out what I was going to say for my Platform talk. The closer it loomed, the less prepared I felt. 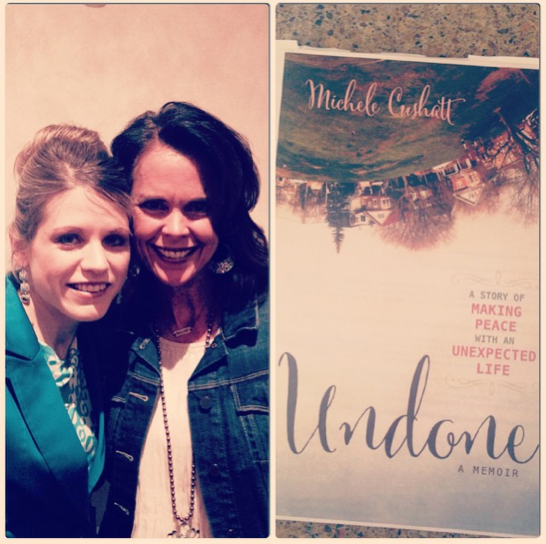 Me & Michele at the Platform Conference — plus her soon-to-be-released book that you must pre-order!

And then, I found at that Michele was going to be able to come to the Platform Conference to emcee it and give the closing message. It made me so happy that she was going to get to come as I knew she would want to be there.

But on the other hand, it scared me a lot to know she was going to be there in the audience, hearing me give this talk that wasn’t ready at all and just didn’t seem to be coming together. She’s the pro at this, she’s never heard me give a live presentation, and the last thing I wanted was that her first time to see me on stage would be me stumbling along making a fool of myself.

Refusing To Give Into Panic

Instead of giving into panic like I wanted to, I decided to ask Brian and Jesse to go over my talk notes with me. They graciously agreed to spend a lot of time reviewing the talk with me and by the time we’d finished, the talk had been completely revamped and I was actually getting excited about it.

I finished the outline at 11 p.m. at night and then spent the next hour and a half reviewing it on my feet, out loud… er, more like a whispered since it was close to midnight!)

I was scheduled to speak at around 10:45 a.m. on Monday morning. While I didn’t feel ready, I knew I just had to go up there and give it my best shot.

As the time for my presentation loomed closer, I started to panic. How am I going to do this? How am I going to go up on that stage in front of all these successful people? Why did I say yes to this opportunity?

And how on earth am I going to deal with speaking right after Michele introduces me?

Jesse could see the fear rising in my eyes, so he took me in the foyer and just prayed for me. And then he gave me a pep talk and told me that I was equipped for this moment. I had to separate myself from the emotions and heartache I was feeling over Michele and just focus on the task at hand — to go give this message to these people.

More Courage & Confidence Than I Knew I Had

I prayed for confidence, took a deep breath, and went up and planted myself on that stage and gave the message of my life.

From the moment I stepped onto the stage until the moment I walked off, I felt more courage and confidence than I knew I had in me.

And guess what my message was on? The Three Lies That Are Stifling Your Success and the Truths That Will Set You Free.

Yes, I am still a work in progress when it comes to replacing these lies with truths. But I had the opportunity to practice what I was preaching right while I was preaching it. 🙂 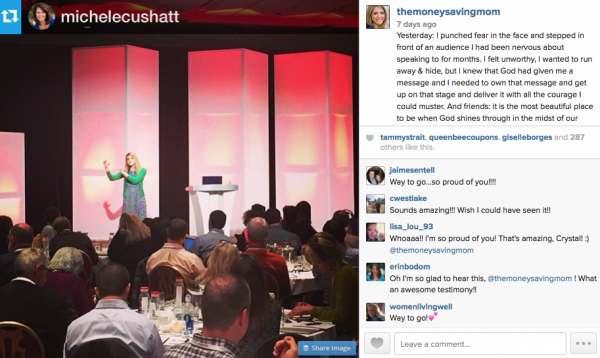 Yesterday: I punched fear in the face and stepped in front of an audience I had been nervous about speaking to for months. I felt unworthy, I wanted to run away & hide, but I knew that God had given me a message and I needed to own that message and get up on that stage and deliver it with all the courage I could muster.

And friends: it is the most beautiful place to be when God shines through in the midst of our weakness and insecurities! Without Him, I am nothing. With Him, I can do all things — including stand on the #platform14 stage, deliver the most powerful & authentic message I’ve ever given, and get a standing ovation. Yes, that’s God!!

Stop running from the things that scare you. Start facing them head on. Believe the truth about who you are in Christ. Own the gifts and messages and callings God has given you. Live with courage and boldness. You only have one life to live — don’t spend it sitting on the sidelines in fear!!

P.S. Would you join me in praying for Michele? There are no words to describe how much my heart hurts for her and what she is facing over the next six months.