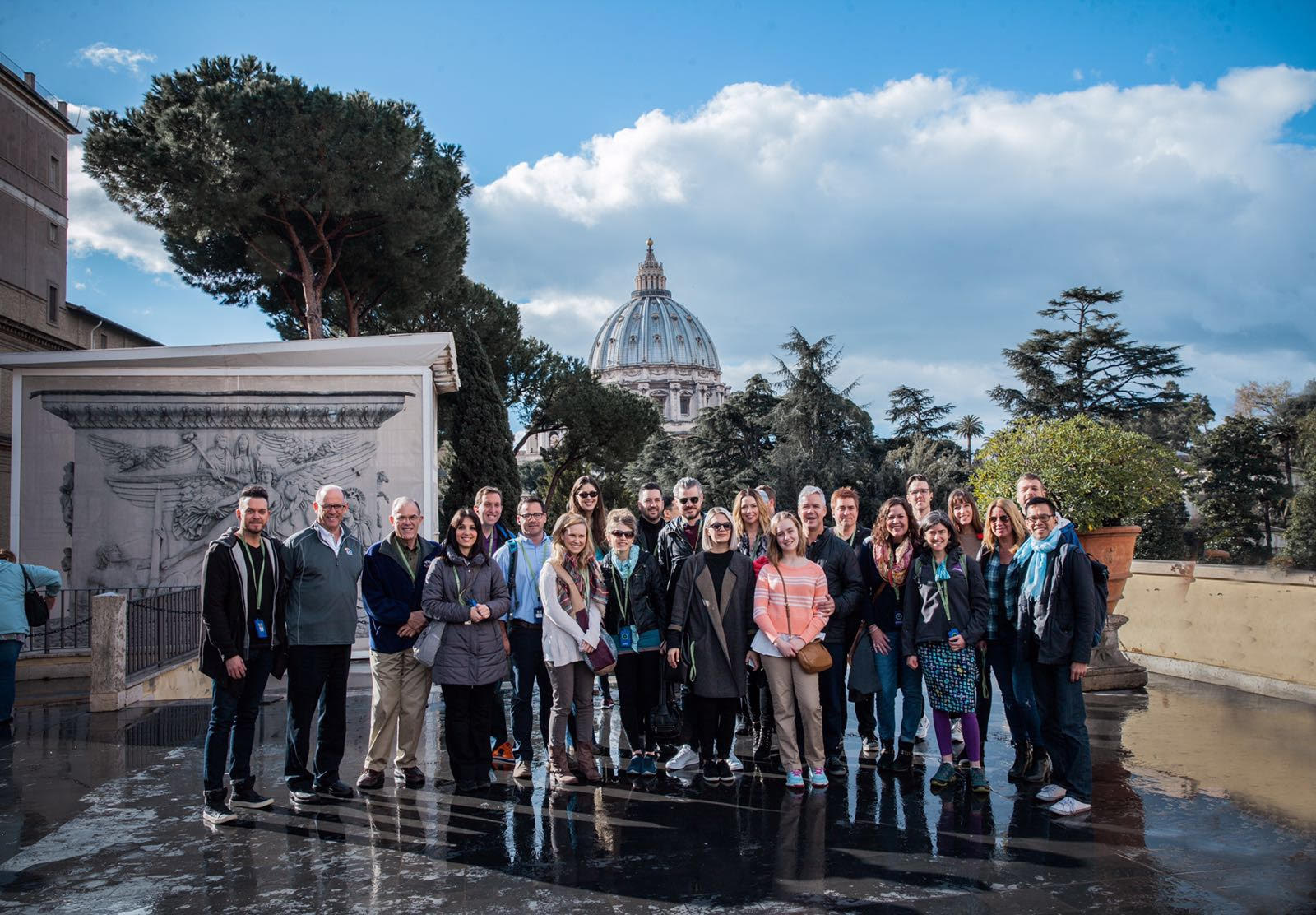 As I’ve blogged about recently, I had the amazing opportunity to go to Italy and Israel for a ten-day trip with the Museum of the Bible. This was a once-in-a-lifetime trip that I was so blessed to have been a part of.

But the truth is: When I was asked to go, I felt scared and hesitant. Jesse really wanted me to go, even though I tried my best to talk him out of it multiple times!

Why I Felt Hesitant About Going On the Trip

As you know, I’m an introvert through and through. In order to go on this trip, I was going to have to travel by myself halfway around the world and then spend 10 days in an unfamiliar place with 25 people — almost all whom I didn’t know.

I knew that I was going to have to spend hours and hours with these people, and that was overwhelming to me as a naturally shy, introverted person. In fact, I had a lot of anxiety and fear going into the trip.

It was also so hard for me to think of being away from my family for 10 entire days. I’d never been away from them that long and it was really difficult to think of having to be separated from them such a long time period. Plus, my kids were so sad to think of me leaving and being gone.

I really prayed about the trip, talked with Jesse and a few close friends, and we all felt that I was supposed to go — even though I was scared and it felt so far outside my comfort zone. I asked multiple friends to pray for me that I’d have courage and strength going into the trip and that I could really be confident and not insecure in all of the new situations I’d be in. 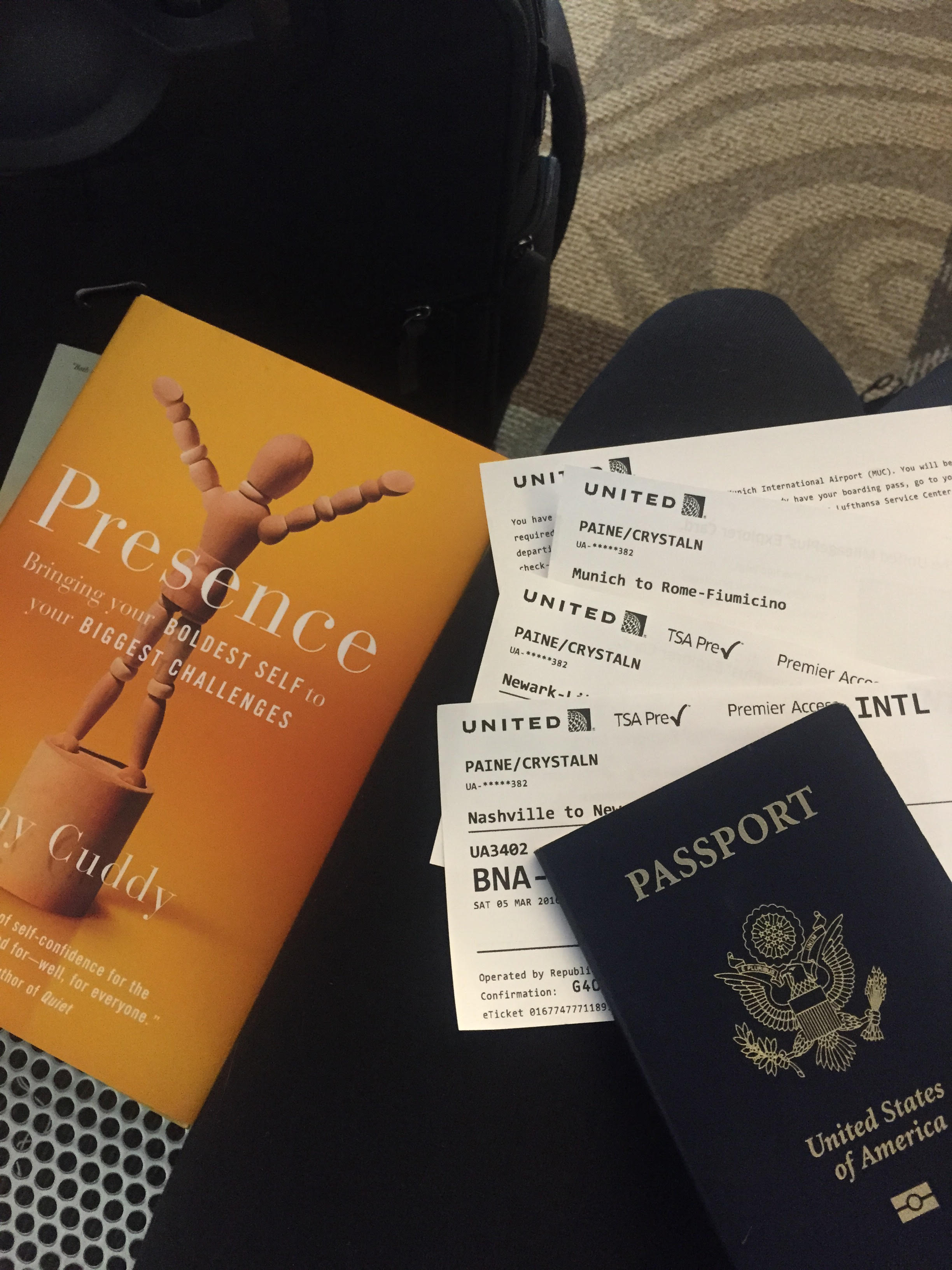 The Book That Prepared Me For The Trip

Before I left, I had ordered the book, Presence, by Amy Cuddy. I’m not even sure where I heard about this book, but it was the best thing I could have read on the plane. There was so much in the book that really challenged me.

The thing she said that impacted me to the core was about the “impostor syndrome”. She explained this is a complex we develop when we go into situations where we feel that we are an impostor. Like we’re the only one who doesn’t really belong and if other people found out how scared or unqualified we felt, they would find out we were just an impostor.

This really hit me hard, because I had felt exactly like that going into the trip. You see, a few days before we left, we were given the bios of all of the people who would be on the trip. The group was made up of some amazing individuals who had done incredible things with their life. They had huge followings, had won major awards, they were well-known, well-qualified, and well-experienced.

When I compared myself to the others who were there, I felt like I didn’t belong. But I realized that I probably wasn’t the only one who felt like this going into the trip (and I found out through conversations with some who were there that that was indeed the case!). 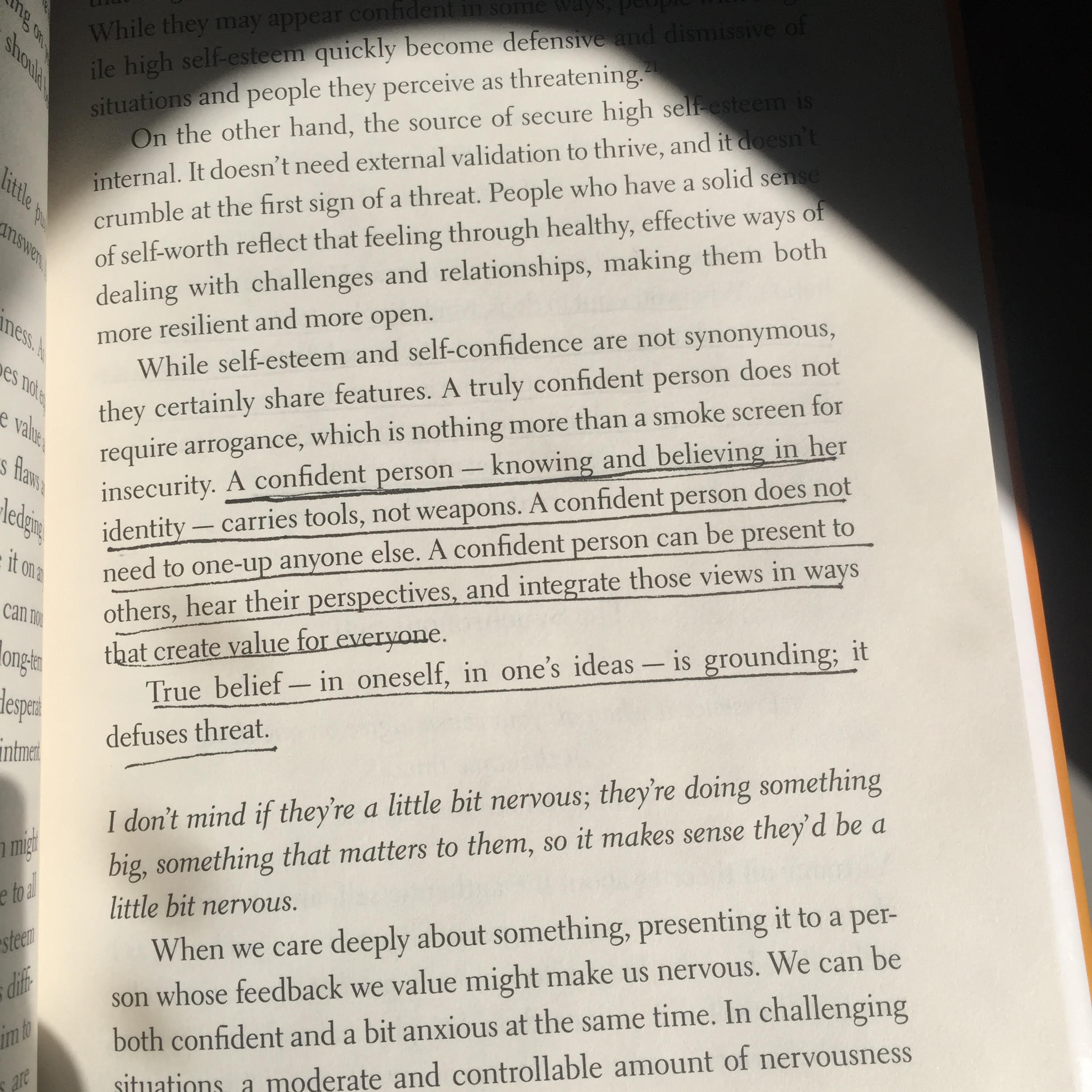 Instead of allowing myself to feel like an impostor and to feel like I was out of my league and didn’t below, I was inspired by Presence to tell myself the following:

Every time I would start to tell myself how out of place I was among the group, I would make myself say, “I belong here.” Not in an arrogant way, but as a reminder that I was asked to come on this trip and that, as such, I was not an impostor.

I might have less life experience or fewer connections, but I had something to offer and bring to the table. So I would hold my head up high, remember that God had allowed this opportunity for me, and remind myself that I was exactly where I was supposed to be.

In Presence, Amy talks about being fully present and bringing your boldest, bravest self. Being fully present for me was sitting there and soaking up the wisdom from these other people. I really listened to what they had to say, instead of formulating a plan of how I was going to respond in a way that might impress or validate myself.

At every meal, I would sit with different people and asked them to tell me about themselves. I would ask follow up questions to keep the conversations focused on learning from the other people. And I learned so much and loved getting to hear the stories and experiences of those who were there!

3. “I Will Embrace Each Day Fully”

In addition to meeting new people, I had many other challenges to push through. One of the biggest surprises I had about the week was how we hit the ground running almost everyday somewhere around 7 a.m. and didn’t get back to our rooms until around 10 p.m. or so.

I want to challenge you that when you feel like running from the hard things, embrace them instead. Push past those feelings that come with the impostor syndrome. Don’t allow yourself to believe lies that you don’t belong or are inadequate.

Focus on others. Learn their stories. Listen to their hearts. Ask good questions.

And most importantly, embrace each opportunity, each day, each difficulty with a good attitude — looking for the good, the beautiful, the funny, and the adventure. It’s there and when you look for it, you’re much more apt to find it and enjoy it!