Home » Money » Giving » Guest Post: How to Practice Hospitality on a Budget 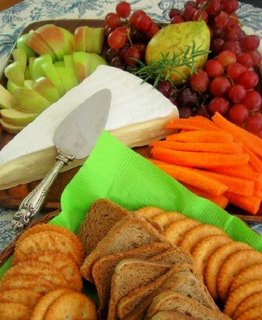 One of our biggest frugal pleasures is sharing our home and food with others.  I can almost always whip up a neighborhood coffee or deliver a meal during hard times.

But how are you supposed to budget for hospitality? Will your own family end up eating rice and beans because you sent too many chicken casseroles elsewhere?

I struggled with this question until I created a hospitality envelope. Using our Dave Ramsey system for cash, hospitality gets its own category. Because I know I have money just for this, I’m no longer afraid to spend it.

When you don’t budget for hospitality, money might always be your excuse for not sharing with others.

How I divide the money varies month to month. $50 could stretch to cover one big party, five $10 meal deliveries, or ten $5 muffin baskets. What we don’t use one month rolls over to the next.

How much you earmark is up to you. What I can tell you is that when I spend in a way that honors our budget, God has a way of multiplying His provision.

One day I raced through the grocery store, putting together a delivery for a sick family.  Deals jumped out at me left and right, from super-clearance gourmet soup to Buy One Get One Free crackers and perfectly ripe pears. I ended up with a beautiful basket worth well beyond its $10 price tag.

Here are some ideas for hospitality on any budget:

Hospitality can be rewarding, but never more so than when you practice it with purpose. Here’s to sharing our blessings with those around us!

How do you practice hospitality on a budget?

Meredith enjoys documenting her family’s adventures in thrift at her award-winning blog, Like Merchant Ships.