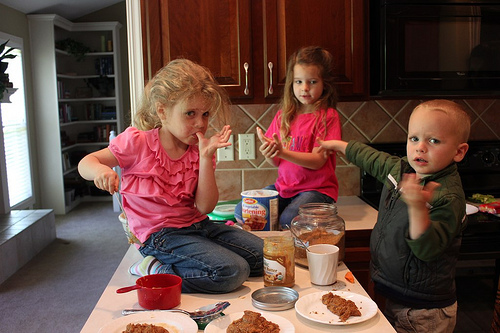 Earlier this week, the girls made peanut butter cookies by themselves. It was their first time to follow a real recipe all by themselves, so they were pretty excited. It left an aftermath of mess, but the memories and fun were worth it! 🙂

Jesse had to work late last night, so I got motivated to do a little more freezer cooking. In about an hour and a half, here’s what I was able to accomplish:

5:50 p.m. — Started the flour grinding and rinsed the beans. Added more wheat to the grinder. Filled up a pot of water and put it on the stove to boil.

6:00 p.m. — Added the black beans to the big pot of boiling water. Started putting the ingredients in the bread machine for cinnamon roll dough (I used this bread recipe for the dough). Added more wheat to the grinder.

6:05 p.m. — Finished adding the ingredients to the bread machine and turned it on. Brought the freshly-ground flour into the house (I grind wheat outside since it’s a little on the messy side!) 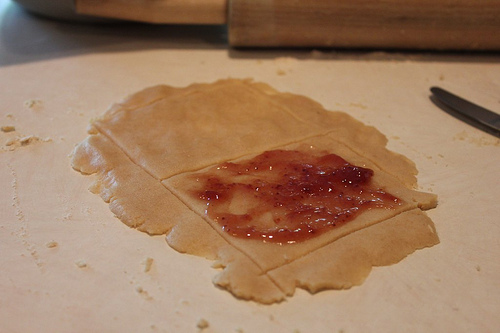 6:10 p.m. — Cleaned up the kitchen and started in on the homemade poptarts. I decided to use a different crust recipe since I didn’t have any yogurt on hand.

6:30 p.m. — Poptarts are finished — finally! {More details on how they turned out will be coming in a separate post.} I stirred the rice and beans and turned the rice off to cool.

6:35 p.m. — Cleaned up the kitchen — again! — while the poptarts baked and put the flour into freezer bags. 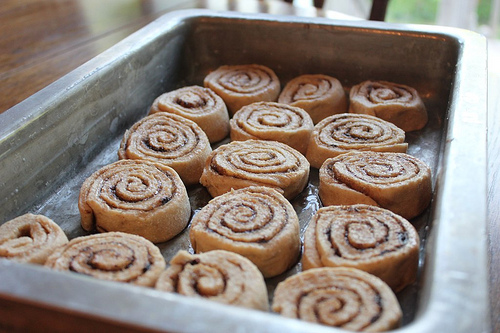 6:50 p.m. — I dumped the dough out onto the countertop and rolled it out and into cinnamon rolls. I set these out to rise and sat down to take a short break. 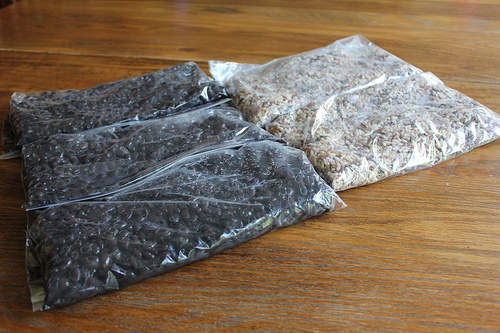 After the cinnamon rolls rose, I stuck them in the oven to bake while I finished cleaning up the kitchen (notice a trend here with all the kitchen clean-up?! It seems to be never-ending!) and put the beans and rice into bags to go in the freezer. 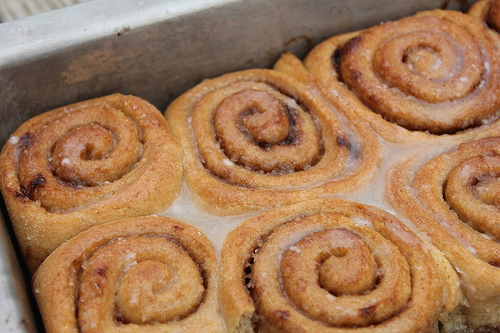 The cinnamon rolls were supposed to be for an event this weekend, but alas, they were too good to stick in the freezer to save for later! 🙂