It’s Thursday and that means it’s time for another Freezer Cooking in an Hour play-by-play post. I did the cooking this afternoon, because I made homemade soap with my sister yesterday afternoon (I’ll post more about that adventure tomorrow!). 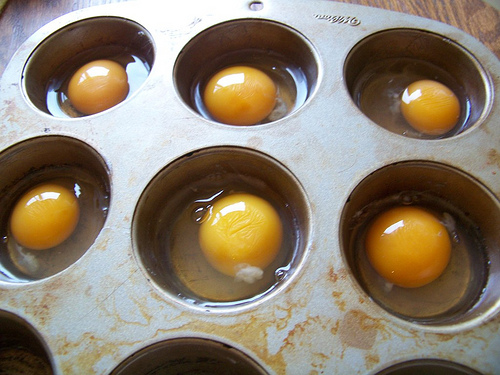 1:40 — I crack the eggs and stick them in the pan to bake in the oven. While I’m doing this, Jesse calls to talk to me about the cover graphic for my book that my publisher just sent over and I’d emailed him to look at. (We’ve been going back and forth with my publisher doing some revisions to the cover art and they sent the final image through today. I wanted to make sure he was okay with it before I gave it a thumb’s up.) He was getting ready to head into court and could only talk for a minute, but we got things squared away. 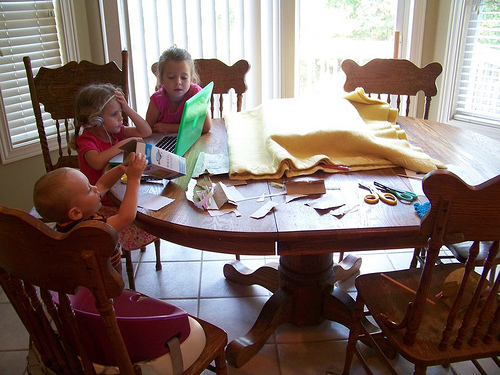 1:45 — I put the eggs in the oven and look up the granola bars recipe. Kaitlynn plays Starfall on my computer while Silas is in and out of the kitchen. 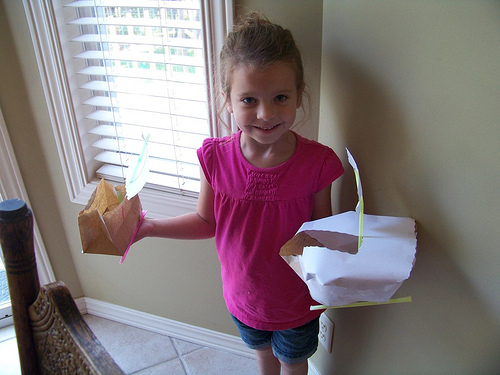 Kathrynne finishes making her boats for our homeschooling project (we’re studying Christopher Columbus this week, so we made boats to float in the bathtub as a fun hands-on project.) 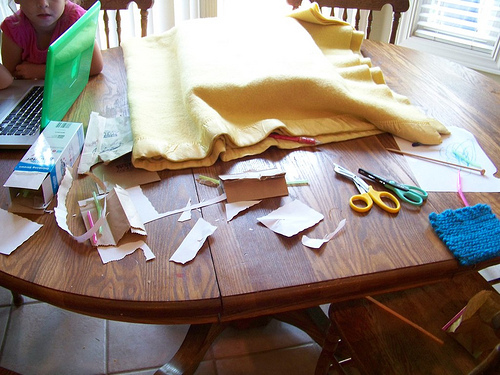 (In case you’re wondering what’s under the blanket, that’s my homemade soap curing. I’m not supposed to move it until tomorrow, so it’s stuck on our kitchen table for now!)

1:55 — While the liquid ingredients for the granola bars are melting and being brought to a boil on the stove, I clean up the mess that was leftover at the kitchen table from the boat-making project.

1:57 — One of the children starts having a bad attitude and needs to be dealt with. My assistant comes upstairs to ask me a question about something. I completely forget that I have ingredients simmering on the stove.

2:00 — What is that bad smell?? Oh no! The butter, honey, and brown sugar have been boiling for three minutes too long! Ack! I run back to the kitchen and take the boiling mixture off the stove and try to redeem it. It looks too hardened and goopy, but I add in the granola and rice crispy cereal. 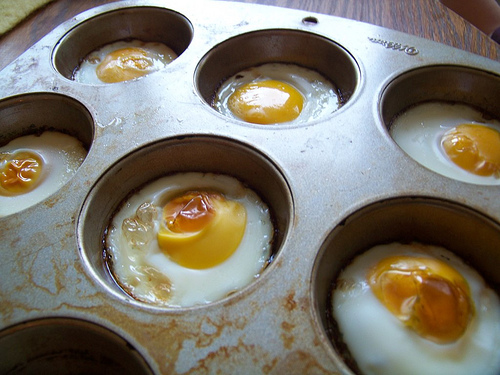 2:10 — Whatever did the granola bar recipe mean when it said to “gently press” the chocolate chips in? That isn’t working at all. I finally give up and decide to melt them. I stick the pan of granola bars back into the oven for a few minutes. 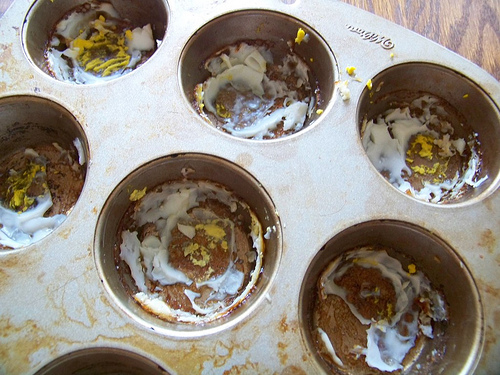 2:13 — I start trying to get the cooked eggs out of the muffin tin. It looked like such a brilliant idea, but the eggs aren’t coming out of the pan as beautifully as I expected. Oh well, I’ll make it work.

2:15 — I pull the granola bars out of the oven, spread the melted chocolate chips around, and stick them in the refrigerator hoping they can yet be salvaged. I read the Egg McMuffin recipe and realize I was supposed to toast the English muffins while the eggs were cooking. Oops! The toaster will have to do. 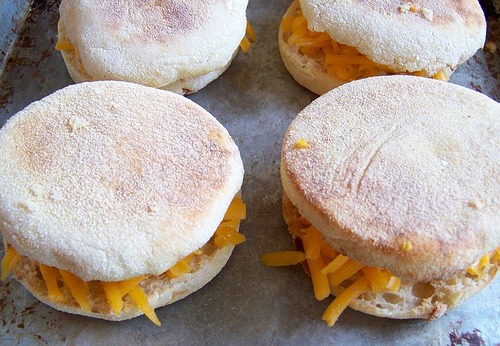 2:25 — The Egg McMuffins are finished, so I pull the granola bars back out of the refrigerator to see if I can cut them. Um, that isn’t going to work. Instead of the evenly cut bars I was envisioning, these are cutting into pieces and shapes of all sizes and sorts since it seems too hard. And so much for them being chewy. However, I eat some of the small pieces that break off and decide that even if they don’t look good, they certainly taste good! 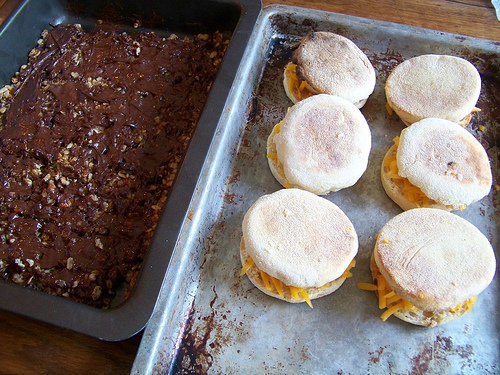 2:35 — I resolve to try the Granola Bar recipe again someday in the not-too-distant future (maybe during naptime when I can actually remember to watch pans of stuff that are boiling on the stove?!). I wrap up the Egg McMuffins and stick them in the freezer, clean up the kitchen, and feel grateful that even if everything didn’t turn out like I’d hoped, at least I won’t have to throw any food out this time! 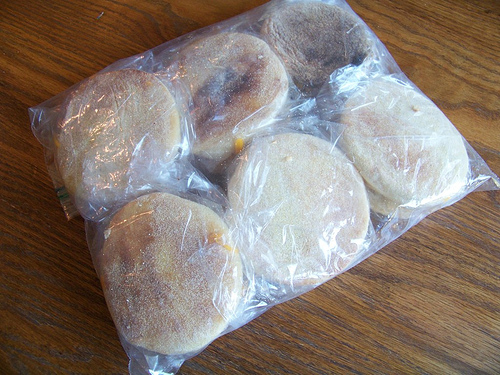 Have you had any freezer cooking adventures or mis-adventures this week?