I had a late start to my Freezer Cooking in an Hour session yesterday because I had some projects I had to finish before dinner. But it all ended up working out — despite the late start! 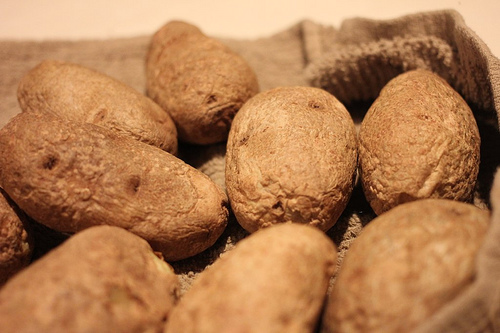 6:00 p.m. — Started on the Twice-Baked Taco Potatoes. I had already scrubbed and baked the potatoes and made the taco filling earlier in the day, so I sort of cheated there.

But an opportunity to “multi-task” opened up while Kathrynne and Kaitlynn were working independently on a writing project, so I just seized it. And when 6 p.m. rolled around and it was time to start on the potatoes, I was grateful. 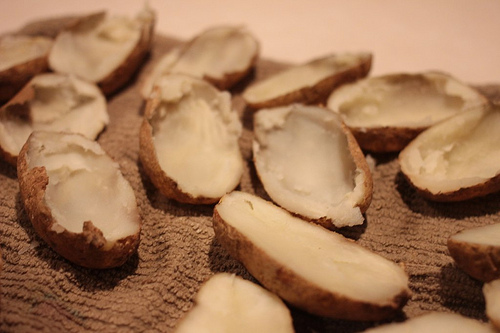 6:13 — Jesse gets home. We chat about our days while I finish scooping all the insides of the potatoes out and mashing the filling together. Jesse sends the kids to get their PJs on (we often have them get ready for bed before dinner so that we can just focus on family time during and after dinner and then they can just brush their teeth and go straight to bed). 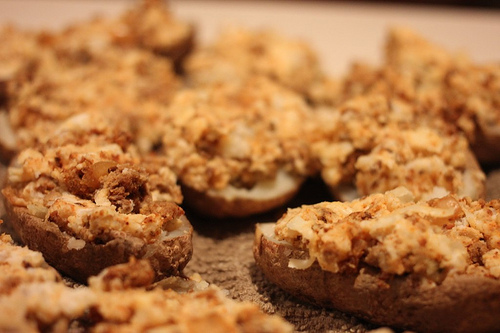 6:20 — Kaitlynn still had some homeschooling to finish and Jesse said he’d help her with it, so I stopped to show him what she needed to work on. They sat at the kitchen table and read together and worked on her handwriting while I finished up the potatoes. It was fun to have Jesse read Little House on the Prairie while I cooked. Kathrynne couldn’t resist coming in to listen, too.

6:25 — Finally done with the potatoes and I do a quick tidy of the kitchen. 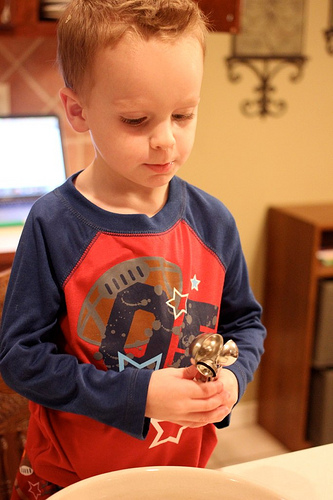 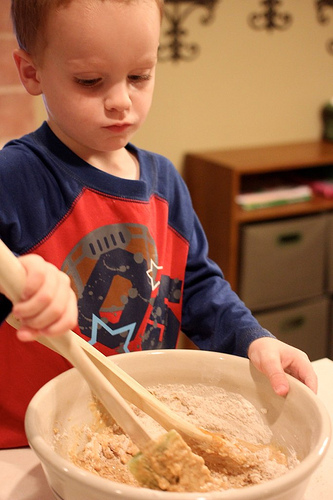 6:30 — My trusty pajama-clad kitchen helper pulls up a chair to make the Peanut Butter Chocolate Chip Muffins with me. We practice counting while measuring and dumping the ingredients in. 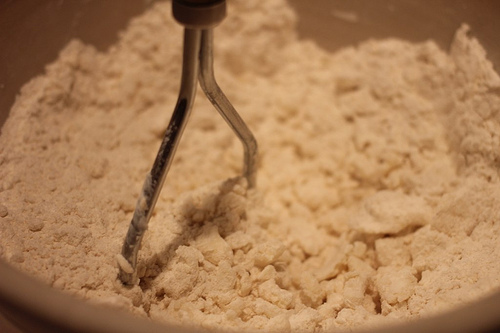 6:37 — The muffins are ready to go into the oven and just about everyone gathers around to lick the remains of batter from the bowl. I can tell it’s going to be a well-liked recipe!

6:40 — I stop to join in Jesse and Kathrynne’s conversation about whether or not to pull her tooth. The tooth is practically hanging by a thread, but she’s determined not to pull it yet. We have fun teasing her about it. 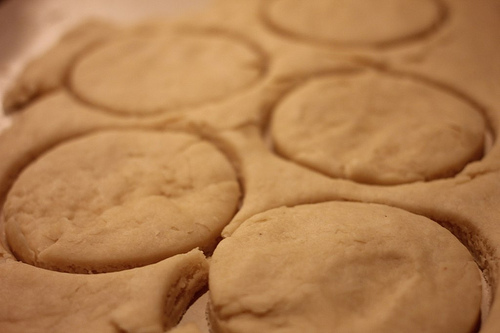 6:43 — I start in on the Homemade Freezer Biscuits while everyone else sets the table and does a quick pick-up of the house before dinner. The biscuit recipe is so simple and doesn’t make all that many so I’m done fairly quickly and it’s time for dinner. It’s been a busy and productive day and I’m ready to sit down and enjoy some Twice Baked Taco Potatoes for dinner!

Homemade Freezer Biscuits — Made a dozen. I baked one and was very impressed with this recipe. SO good with homemade Apple Butter — yum! I think I’ll triple it next time around.
Peanut Butter Chocolate Chip Muffins — Made 16 muffins. These were delicious. I used half whole-wheat flour in them and they were still a hit.
Twice Baked Taco Potatoes — I doubled the recipe and it made enough for three dinners for us (including last night’s meal). We may use these for quick snacks/on-the-go lunches, too. Most everyone really liked this recipe.

Did you do any freezer cooking this week? If so, tell us about it!