After playing hooky last week, I was so excited to actually start and finish my entire Freezer Cooking in an Hour plan yesterday! Here’s how it went down:

4:30 — I get a later start than planned because I was supposed to have a video interview in the afternoon and they ended up having technical difficulties and it took a lot longer than they initially had planned. 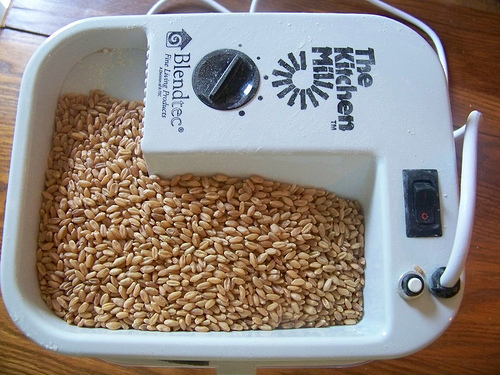 I set out some craft supplies for the girls to work on at the kitchen table and I start some flour grinding in the garage (the mill gets flour dust everywhere so I grind flour in the garage!). While it’s grinding, I put together the Crockpot Barbecue Chicken. Since I’ve already made it before, it’s a piece of cake to pull off.

4:40 — The flour is done being ground, the chicken is finished, and I stop to take a break and go through the mail. My clearance swimsuit arrived from Lands End, so of course I also have to go try it on and see if it’s going to fit.

4:55 — Oh wait, I was supposed to be freezer cooking, wasn’t I?! I head back to the kitchen and hope Silas continues sleeping for just a little bit longer. I mix up a double batch of the Homemade Pancake Mix. And then I remember that we’re out of baking powder. Oh well, I’ll add it in tomorrow after I can pick some up at the grocery store.

5:05 — Jesse calls and I get distracted (again!) telling him about our eventful day and hearing how his jury trial went.

5:15 — Yikes! I gotta get back to work! I melt the peanut butter and chocolate for the Frozen Banana Bites and start dipping them. Everything goes well until the chocolate starts hardening. Maybe I shouldn’t have doubled the recipe? I finally give up on trying to make the last few tablespoons of stiff chocolate cover the last few bananas and just stick them in the freezer. 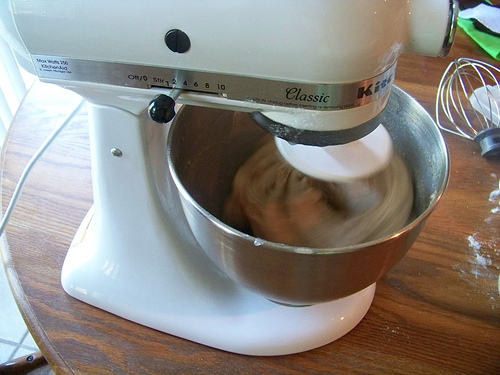 5:30 — I decide to try using the KitchenAid I inherited from my grandma to make Honey Pizza Dough. It’s in the basement in our storage closet, so I go pull it out, clean it off, and mix up the pizza dough in it. While it’s mixing by itself, I clean up the kitchen and kick myself for waiting five whole years to use the KitchenAid. I’ve already fallen in love with it after just one use! What was I thinking?!?! 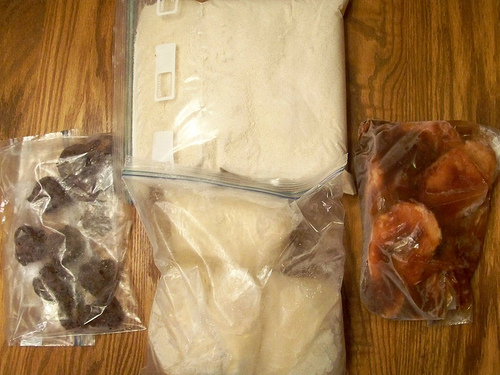 At the end of an hour and 15 minutes, I have a nice little pile to show for my efforts: