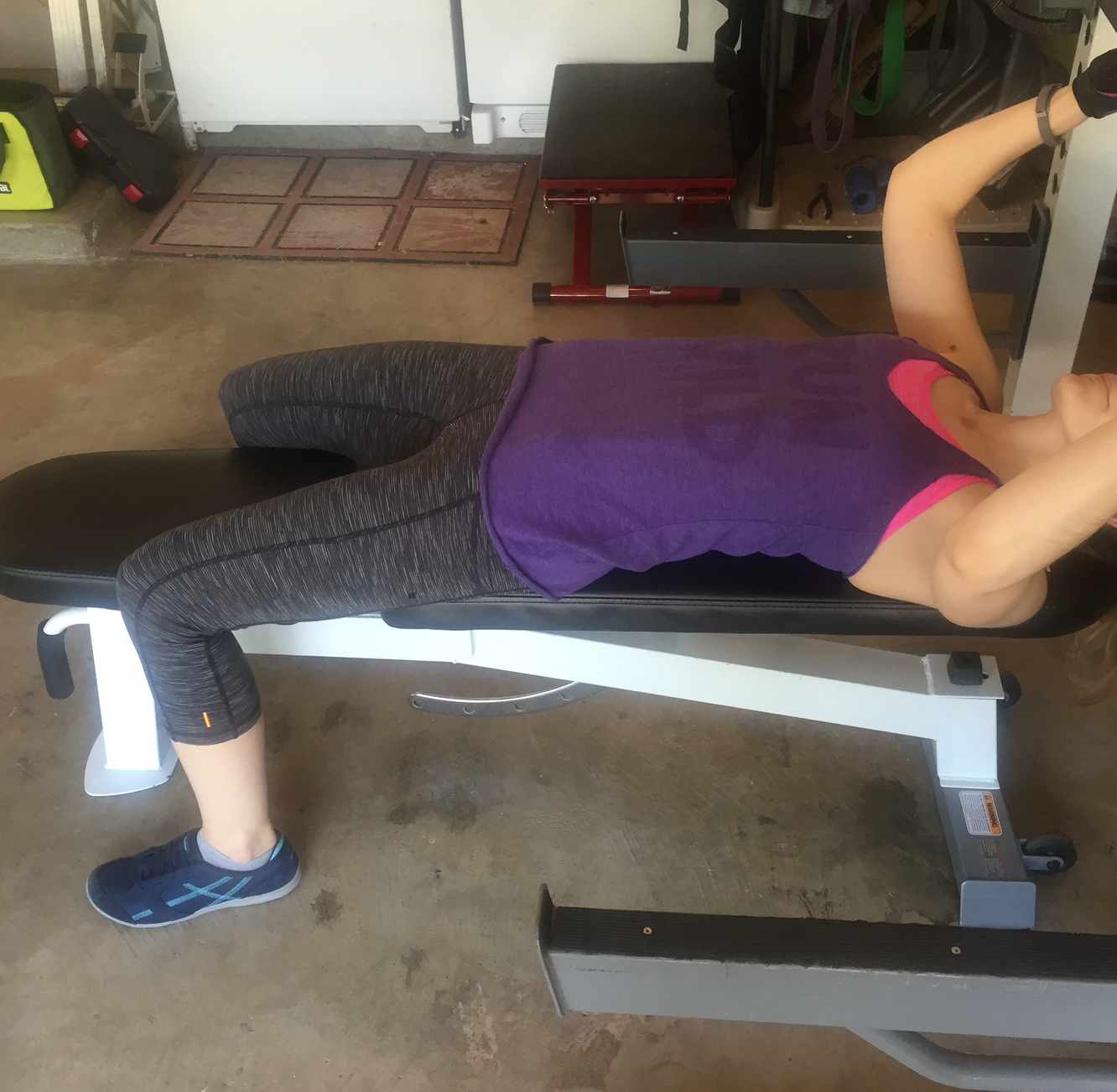 While I had periods of time where I didn’t prioritize it as much as I should have, but for the most part, I was always doing some sort of exercise plan — whether it was P90X, The 30-Day Shred, Pilates, running, using the elliptical, or even just walking on the treadmill.

But last year, after reading The Adrenal Reset Diet and Trim Healthy Mama, I realized that I needed to give my body a lot more grace and not push myself so hard. This meant not only what I was nourishing my body with, but also in getting more sleep, not packing my schedule so full, allowing a lot more margin in my life, and not setting such ambitious goals at the expense of my health.

These books plus many other things inspired my Year of Rest this year… which has been such a good thing. But while I told myself that not pushing myself with exercise was to “take care of myself”, it actually was having the opposite affect.

Even though I had cut way back on my outside commitments, even though I was getting a lot more sleep, and even though I was doing a much better job of taking care of myself, I wasn’t feeling energetic. Instead, I realized I was feeling lethargic and tired. And I knew it was because I wasn’t making exercise enough of a priority.

But I was really hesitant to consider doing anything about it because I wanted to honor my commitment to a Year of Rest and, in looking at my schedule, it felt like if I were to add time in for more exercise, it was going to eat into my margin time.

So how did I end up making exercise a priority and find the time to work out for an hour and a half multiple times per week? Well, here’s what I did:

1. I Recognized I Needed to Make it a Priority

Jesse had been worried about the lack of exercise in my life. For those of you who know him well, you know he is really into fitness and healthful living.

He works out faithfully almost every single day and we have an amazing gym in the garage with all sorts of equipment that he has slowly gotten — after lots of research and study on what the best equipment and workout training programs are. He loves to read articles, books, and magazines on fitness. He loves to study the best diets and workout plans and supplements to take. He is always investigating new fitness theories and listening to the latest weight-lifting podcasts. And he loves nothing more than to find someone else who is passionate about fitness to discuss all of his findings and research with. 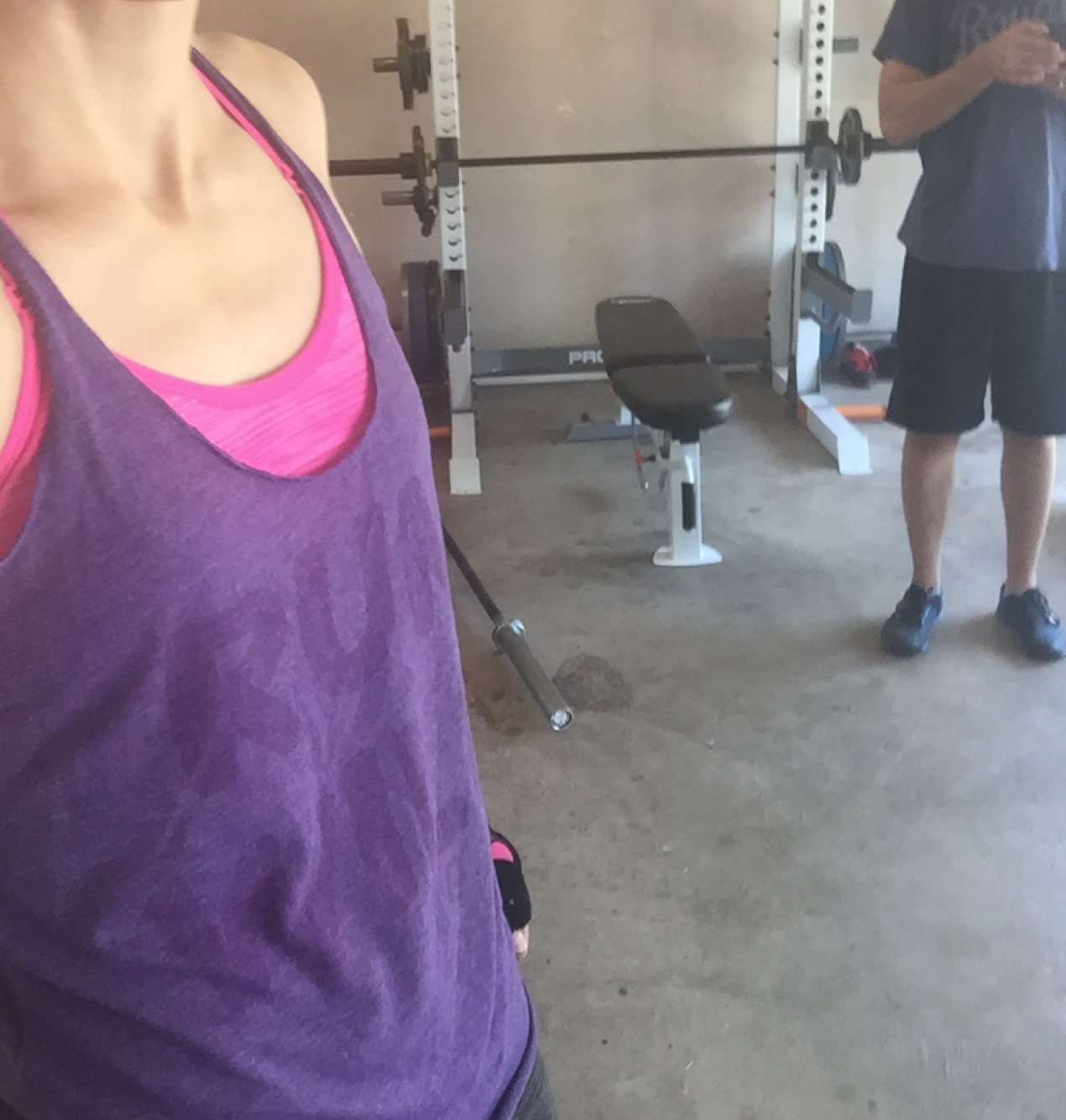 I wasn’t ready to hear what he had to say for the first few months after I stopped regularly working out. I came up with excuses. I told him I needed to be kind to my body and give it a break.

But finally, after I had mentioned multiple times how I felt lethargic and tired, he knew he needed to motivate me. So one day in February, he and our good friend, Brian (who works for us full-time and works out with Jesse every day), came and told me that they really wanted me to start feeling more energetic. They saw how I was making self-care a priority in so many other areas and they felt like this was an important area, too.

Because they were both so kind and gracious about it and because they’ve both earned the right to speak into my life — even when it means saying the hard things — I listened. I told them that I really did want to start working out, but I was struggling to figure out when and how to make it happen.

In order to do that, I needed help.

I went to Jesse and asked him to help me put together a workout routine. He was thrilled to do so! In fact, I realized that I kind of made his month by doing so. I was not only stating my needs and asking for his help in an area that he’s really good at, but I was asking him to do something for me that he’s crazy passionate about.

Almost immediately, I could tell that it meant so much to him that I would come to him and ask for his expertise in area that he’s spent years of his life researching. I realized that I’d never really shown much of an interest in this topic that he is SO into and it helped me get a better peek into his world by me wanting to have him help me come up with a workout plan.

Jesse’s never one to do things halfheartedly, so he spent quite a bit of time researching options, asking me what areas I wanted to work on, taking body measurements, analyzing my current activity and strength level, and then devising a detailed plan.

I was so touched by how much effort he poured into this project and how much he wanted to set me up for success. In all honesty, I never realized that one of the side benefits would be getting to see my husband show so much love and care for me in this way. 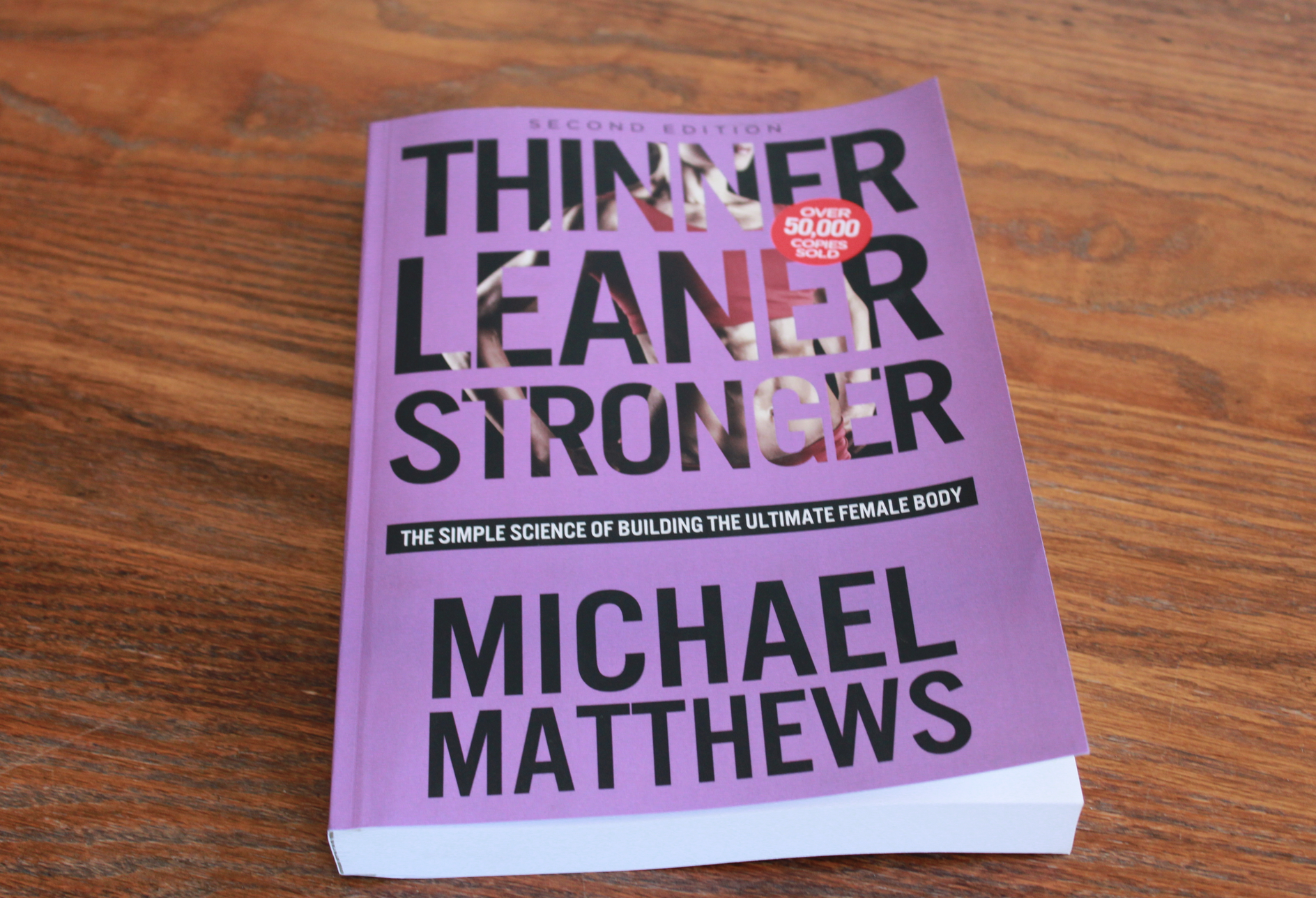 Note: Jesse used a lot of the ideas for the workout plan he put together for me from the book, Thinner, Leaner, Stronger. I haven’t read it yet, but I’ve looked through it and am hoping to read it soon. He has found a lot of the ideas and suggestions from this author to be very helpful.

3. I Committed to Be Accountable to Others

Asking for help is a great first step to get started, but I knew I needed to do more if I was actually going to do this for the longterm. So, I took a big leap out of my comfort zone and ask the guys if I could start working out with them every day.

Now, that might not seem like a big leap to you (especially if you’re not an introvert who would much prefer to do an exercise DVD by yourself with the door shut), but for me, it was putting myself out there in a very vulnerable way. I knew both of them were lifting a lot of weight at this point and I was going to be coming in as a complete newbie. I knew I’d feel embarrassed that I couldn’t lift much and didn’t know correct form. I knew they were going to have to spend a lot of time helping and teaching and coaching me.

But I also knew I couldn’t do this on my own. If I was actually going to follow through with the plan Jesse created for me, I needed to be accountable to other people.

So every day, at around 10:30 a.m., the kids start in on their independent homeschool work, we go out to our “garage gym”, we turn up the music, and we work out for the next hour and a half.

Have I had moments when I’ve felt uncomfortable and conspicuous? Absolutely! Especially in the beginning, I’d get frustrated that I couldn’t seem to get my form correct and I was embarrassed at how hard I had to work to lift what seemed like a small amount.

Little bit by little bit, though, I am loving it more and more. I’m realizing that I’m so much stronger than I think I am and I’m actually really started to look forward to the workouts. I feel jazzed when I push myself hard. I feel excited when I surpass last week’s personal best. And the guys have been SO encouraging to me along the way — cheering me on, pushing me to do my best, and not letting me give up. 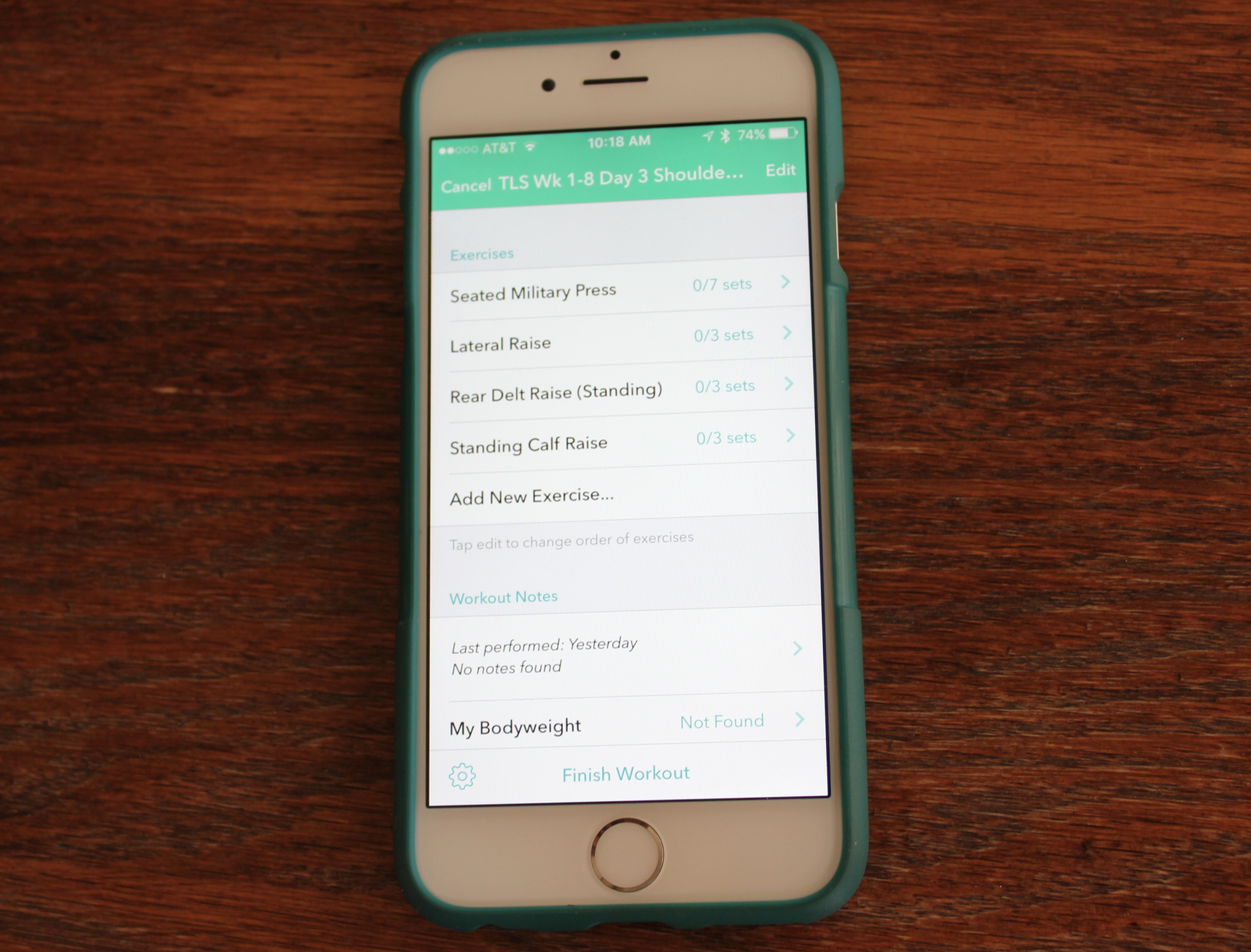 Note: Jesse set up my whole workout program in the Strong App. This app is so great as it allows you to track the exercises, the weights, and the reps. It gives you rest time in between sets, tells you when you beat your personal best, and makes it so much easier to stay organized and know what you’re supposed to do each workout. I’d highly recommend it!

4. I Re-Arranged My Schedule

It’s often been said that when there’s a will, you can usually find time to make a way. And that’s what happened here.

Making working out a priority meant that I had to rearrange my schedule and our family’s schedule. Jesse and I talked about it and knew that it was worth it. I cut back on some of my business commitments, we moved some things around in the morning and afternoon, and I just committed to make it a priority for this season of my life.

Here’s what I discovered: I’m pretty much getting just as much done and it’s not hurting our daily schedule at all because now that my work time is shortened, I’m more focused and productive during it! Isn’t it amazing how that happens? It’s like the work expands to the time we have allotted for it!

I also have a lot more energy as a result of working out, I’m sleeping better, I’m motivated to eat better, and feel like I have more balance in my day. Instead of spending most of my day sitting and working on the computer and sitting and homeschooling, I have an hour and a half in the middle of the day devoted to physical fitness — which makes me feel so much better!

Best of all, I’m doing this with my husband. So it’s something fun and different we’re doing together — and we both love the camaraderie we feel in doing this together!

All of this contributes to me feeling happier, healthier, and more confident. This, in turn, gives me more energy, which makes me more productive. So you see, while it might seem like a lot to be “giving up” an hour and a half of my day to working out, the truth is that I feel like I am gaining so much more in my life (and not just when it comes to muscles!) than I’m giving up. And it’s been totally worth the time and effort invested! 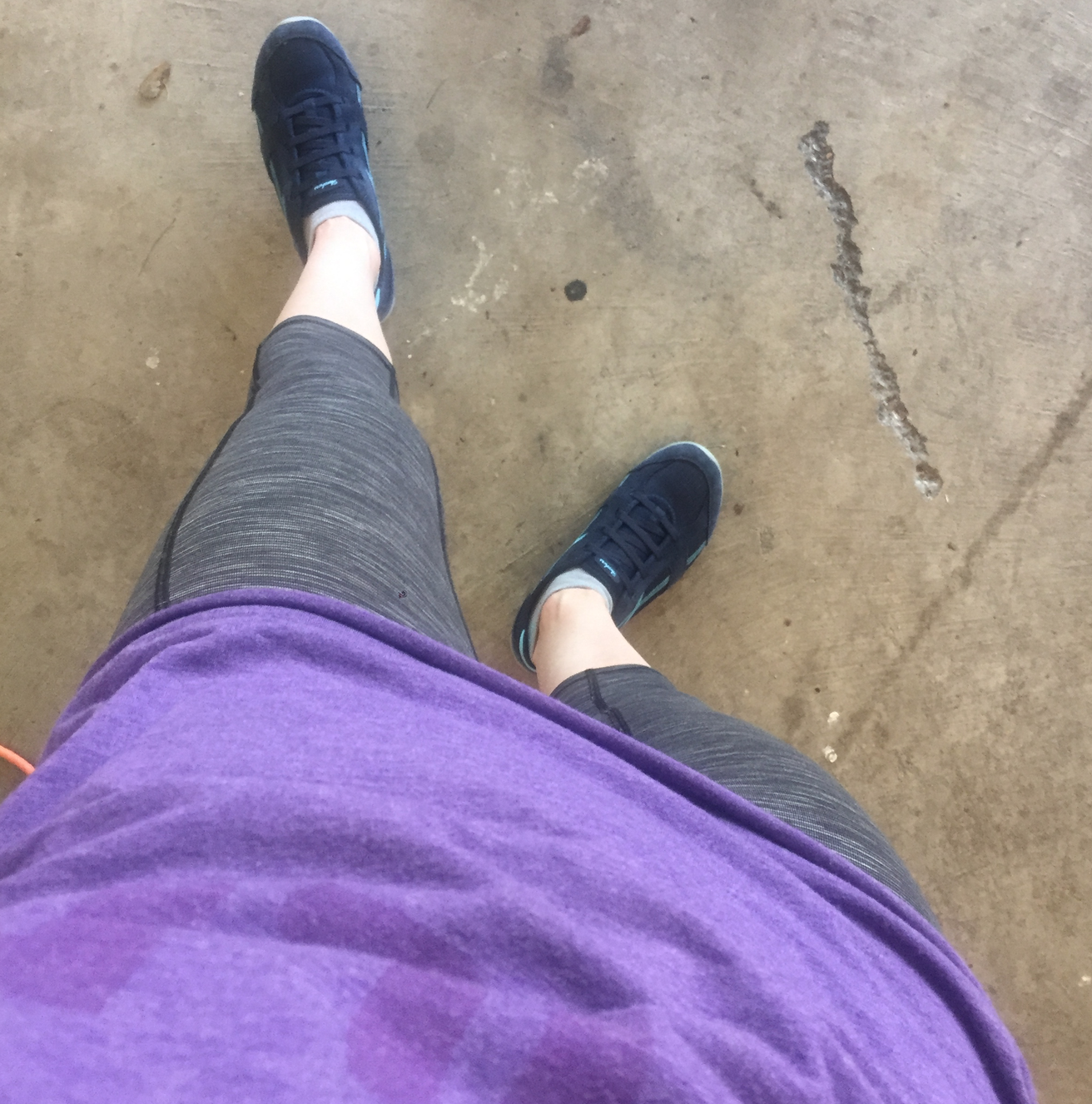 What are YOUR favorite ways to exercise? How do you find time to fit it into your day? I’d love to hear!