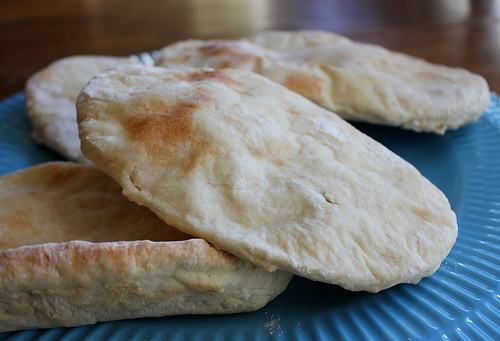 So, after months of wanting to try making it, I finally made Homemade Naan yesterday. And it was so, so simple.

I used this recipe from Food For My Family. It worked just exactly like she outlined. I don’t have a baking stone, so I just used a cookie sheet. The texture might have been a little better with a baking stone, but they still turned out well.

I decided to just make a single batch instead of trying to double or triple it. And I think that’s probably what made it such a cinch. Of course, it only made five, but hey, at least I can now say that I made Homemade Naan. 🙂 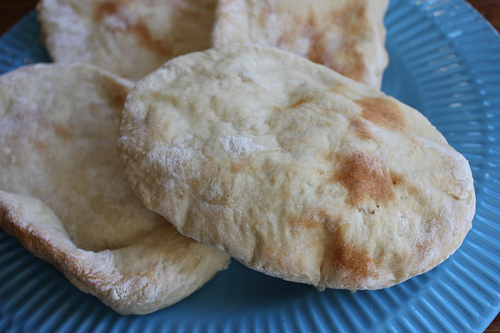 The result was beautiful and yummy, though I think the Greek yogurt gives it a bit of an interesting taste (However, believe it or not, I’ve never had Naan before, so I’m guessing that’s just probably how it’s supposed to taste?!).

At any rate, I will definitely be making homemade naan again–especially now that I know how easy it is to make!

Have you tried any new DIY projects recently?