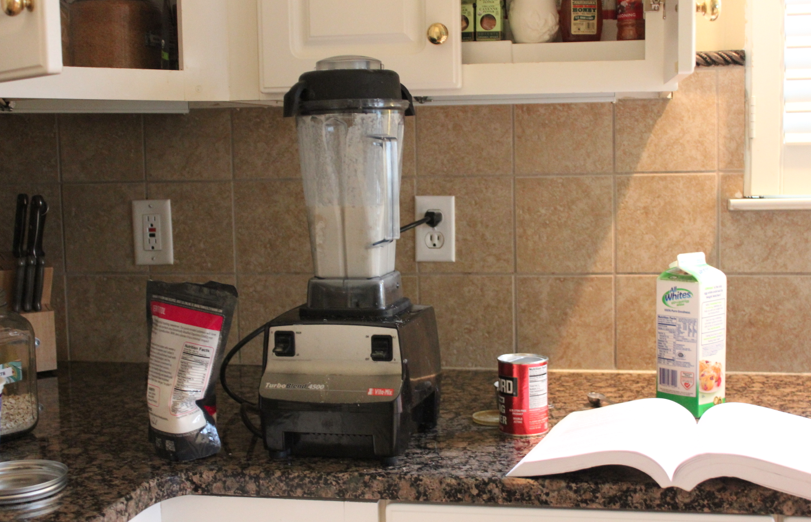 A HUGE thank you to Tara from Deal Seeking Mom for sending over this post from her Feedly reader when I thought it had forever vanished into the deep black hole of cyberspace. For those of you who didn’t get a chance to read this post last night before I somehow completely deleted almost all of it this morning, here you go…

Yesterday didn’t end up like I’d planned, but it was a good day.

I woke up at 2:30 a.m. — partly from jet lag and partly because my heart was really burdened for a friend of mine. She had texted me before I went to bed and was really, really struggling. She’s going through a devastating life situation right now and my heart is pretty much just broken in two for her. So I woke up with her heavy on my heart and spent some time praying for her and trying to go back to sleep.

I had gone to bed before 7:30 p.m. the night before, so I went ahead and got up at 3:30 a.m.since it was clear I wasn’t going to be falling back to sleep. And I’m grateful I got up that early because of some of the unexpected things that happened later on in the day.

The next few hours were spent catching up on emails, comments/social media, scheduling out some posts, going through possible deals to post today, and writing blog posts. 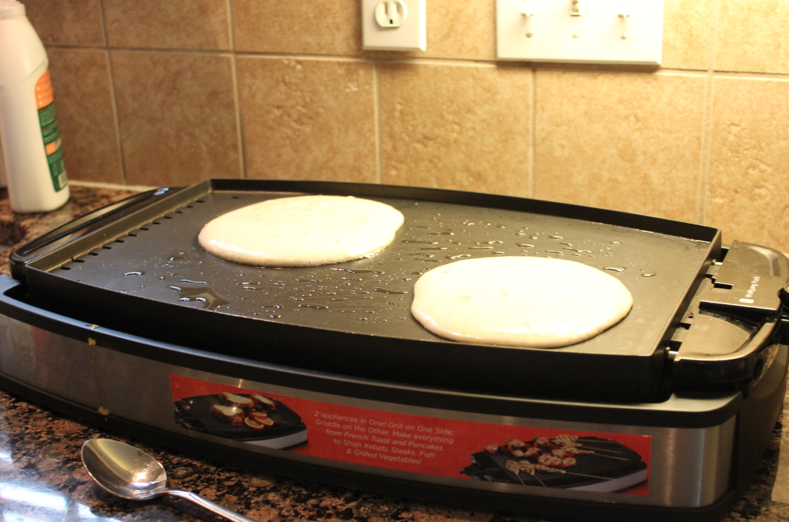 I then exercised and had planned to read my Bible and shower, but the kids were now up and Jesse had arrived home from the gym and the grocery store, so I went down to the kitchen to make breakfast, go over our plans for the day with Jesse, and hang out with everyone. 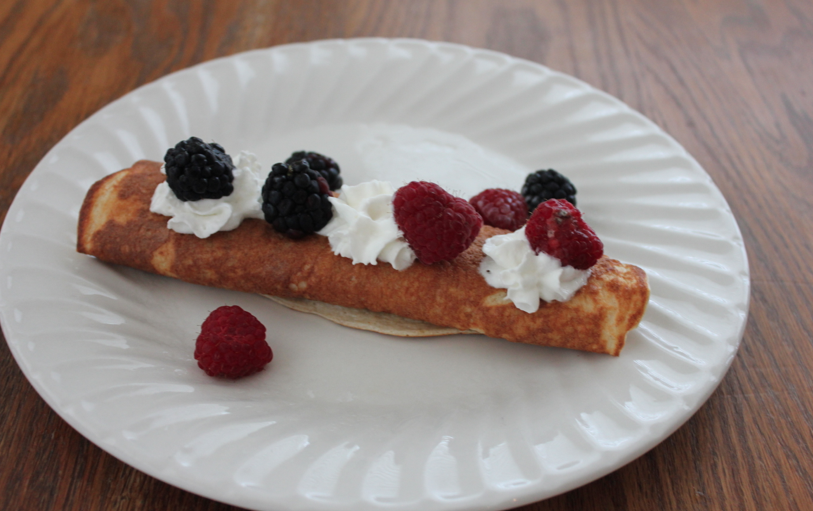 We had Trim Healthy Mama Pancakes — and we rolled them like crepes. I love this recipe and so does everyone in our family, including Jesse.

I had taken a few pictures of my plate and then went over to get something else in the kitchen and when I turned around, this was what I saw: 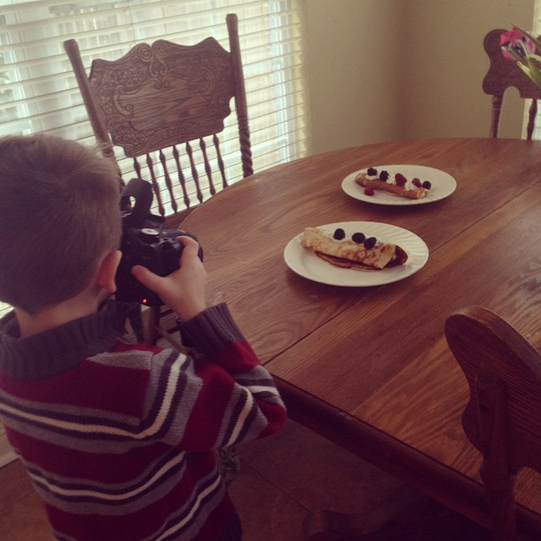 After he took pictures, he said, “I took 29 pictures for you, Mom. You can use them on your blog.”

It cracked me up and melted my heart. But not only that, this kid has some serious photography skills — or it was just a fluke, but pretty much all 29 photos looked like this –> 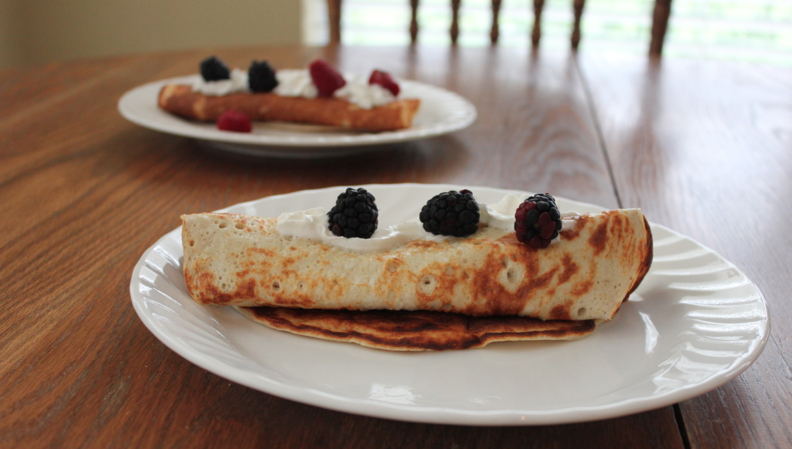 After breakfast, the kids did their morning chores and Jesse put dinner in the crock pot (yes, he’s amazing like that!), while I cleaned up the kitchen and started in on getting caught back up on laundry. I also worked on getting some house projects done that I had shelved for the past few days since I was trying to get over jet lag. 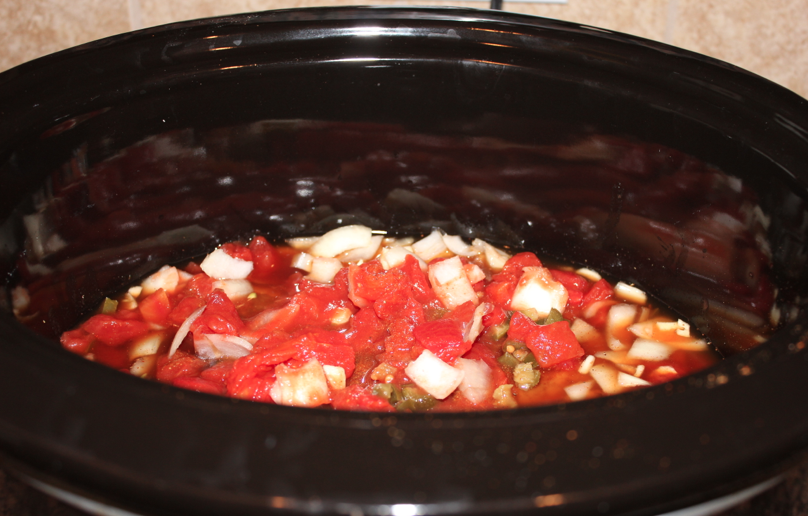 Jesse took Kathrynne and Silas to the dentist to get fillings. (Since discovering that all our children are cavity-prone in the past few months, we’ve switched over to following Dr. Ellie’s system and are so hoping that this will help significantly cut down on cavities in the future. It’s certainly been working well for Kaitlynn, so we’re hopeful it will work for all our kids. We’ll see!)

Kaitlynn and I stayed home and she worked on some projects and reading. I helped her and worked on laundry and finishing up my home projects/cleaning for the day. I then sat down to spend some time reading my Bible (I’m finishing up the She Reads Truth John Study) and write in my Blessings Journal. 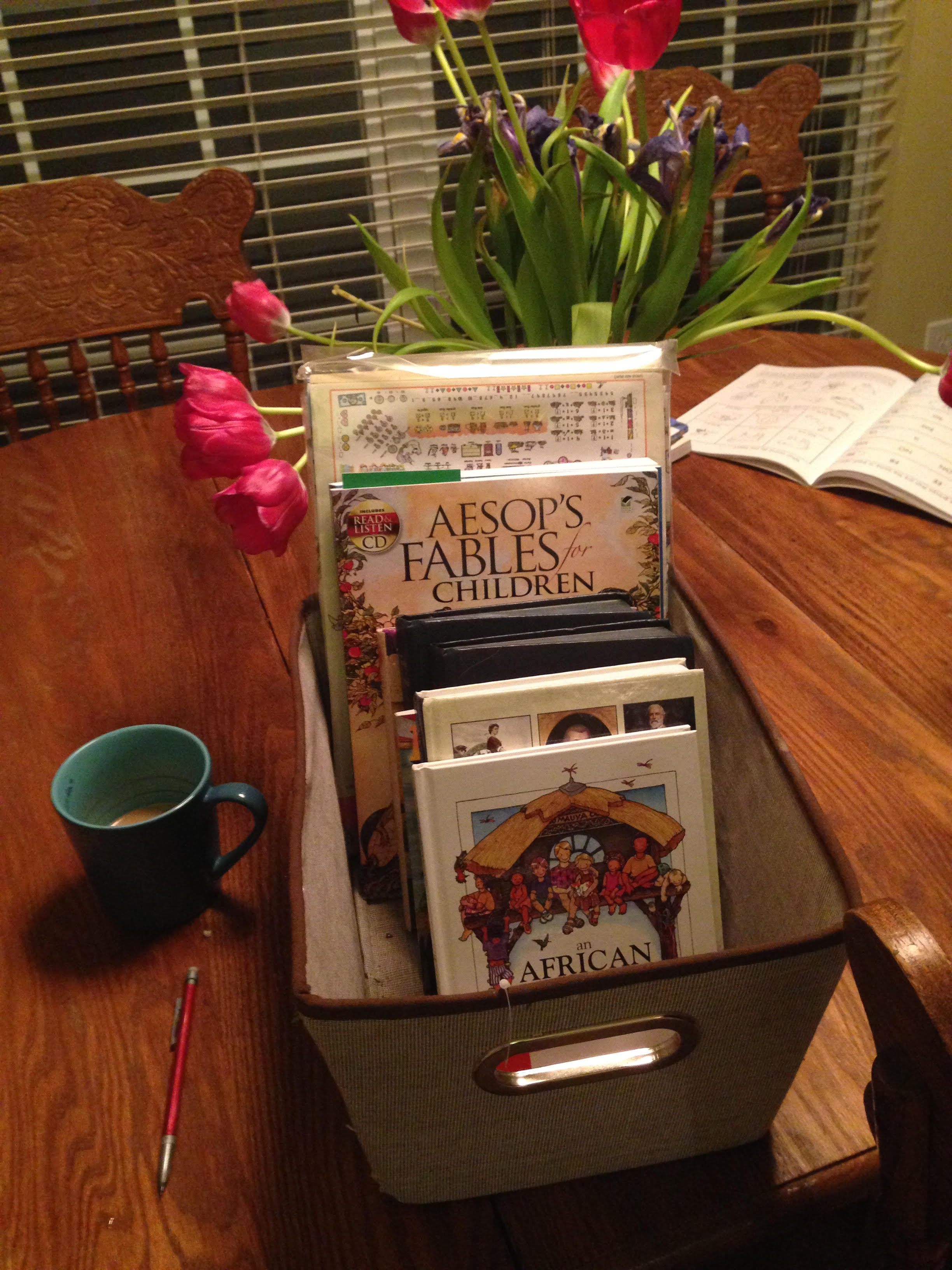 Kathrynne had been really nervous about going to the dentist and she ended up really having a hard there. So she was pretty exhausted/anxious/in pain when she arrived home. I went ahead and changed my plans for the rest of the day (I had planned to work on book edits for a few hours and do some writing) and spent the afternoon keeping her comfortable, making slushies, and reading aloud to the kids.

We read extra from our Morning Time Basket reads and finished up our current read-aloud book. It was such a relaxing afternoon and we had so much fun reading together and just hanging out!

Jesse took Kaitlynn and Silas to our Meaty Monday group and I stayed home with Kathrynne since she just didn’t feel up to going. I finally got to tackle the refrigerator. 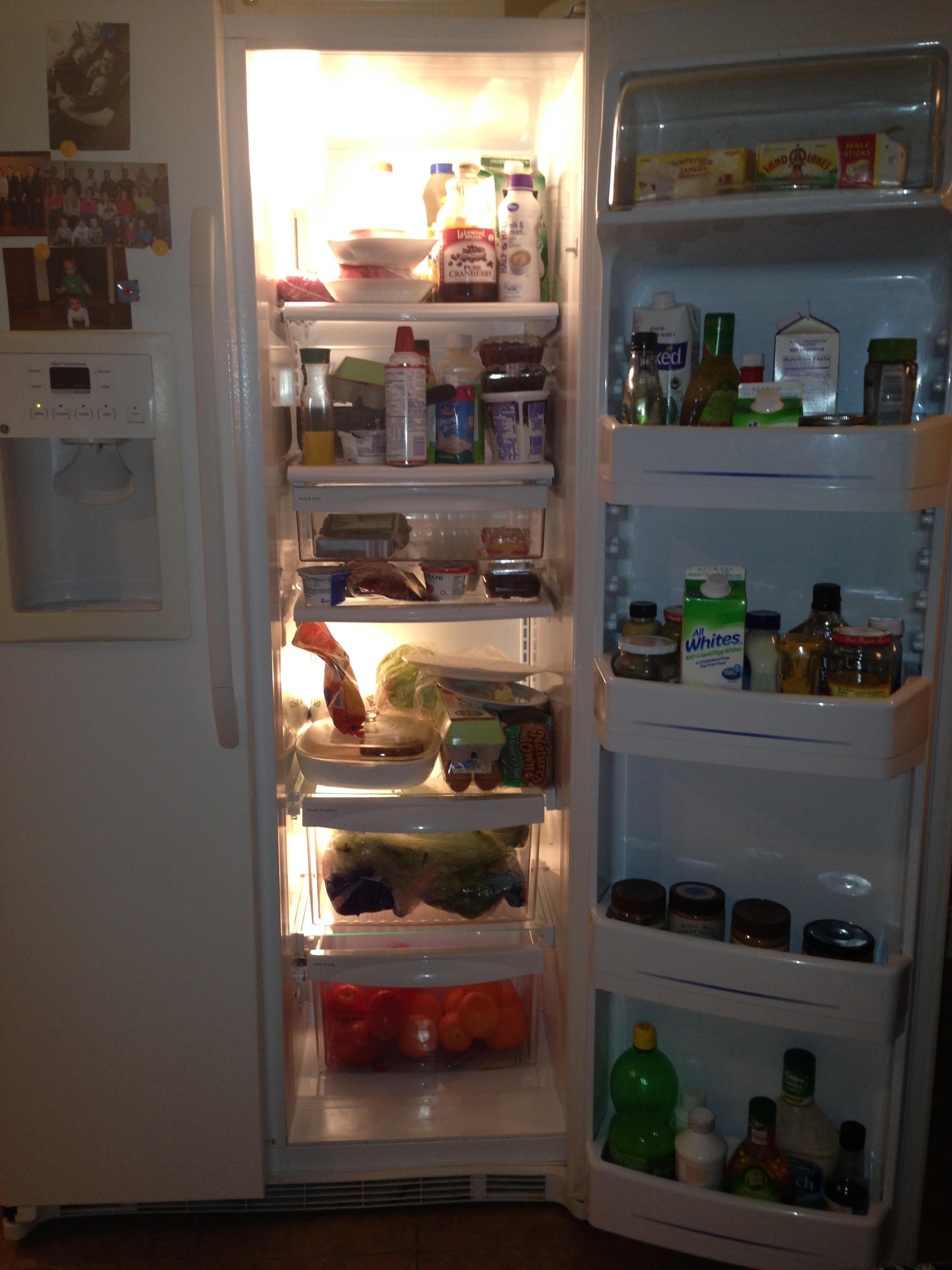 I told you it needed some TLC. And I wasn’t joking! 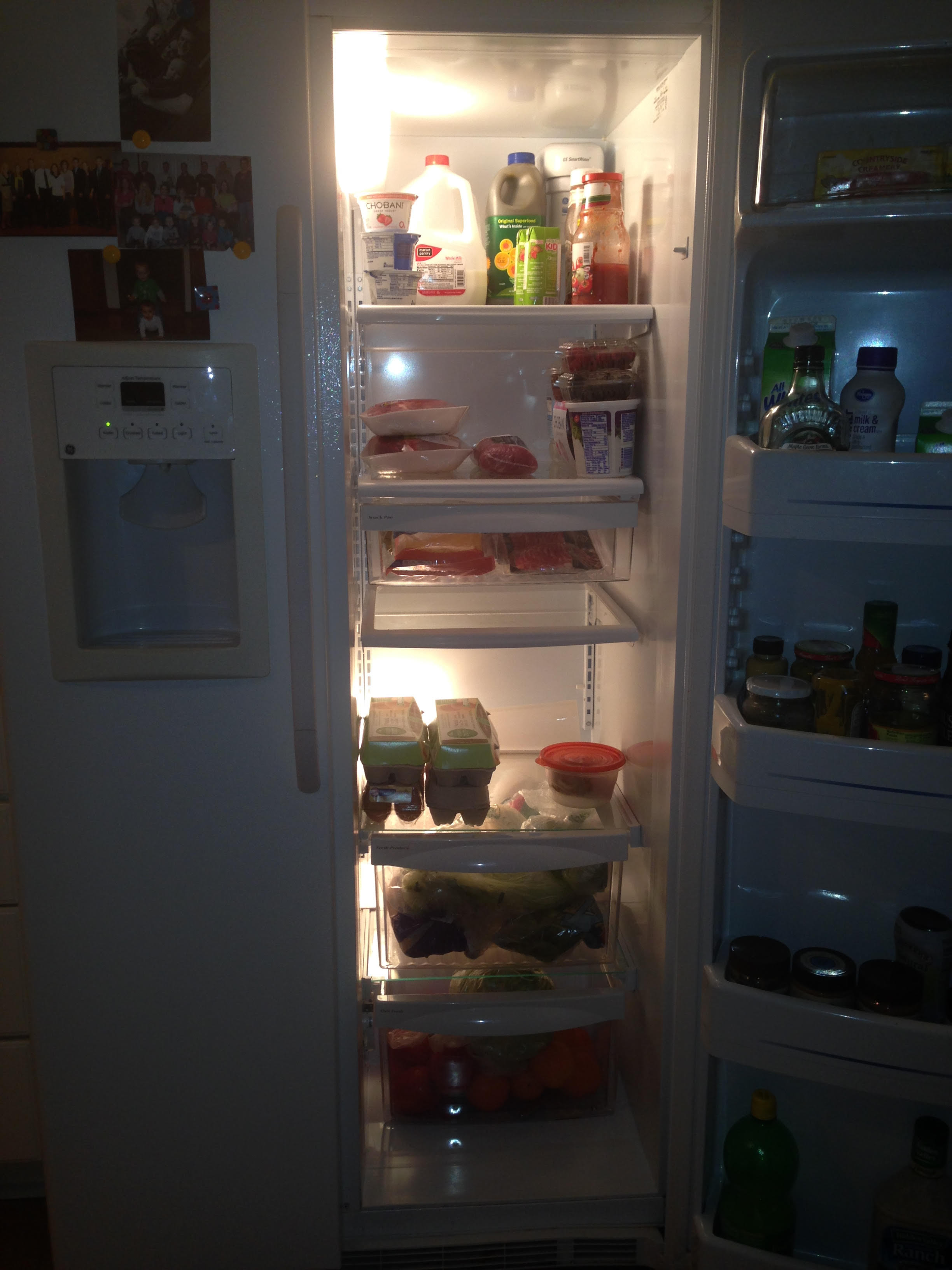 How was your day yesterday? Did you get any cleaning/household projects done?