Choosing Joy, Even in the Midst of a Wild Travel Day! 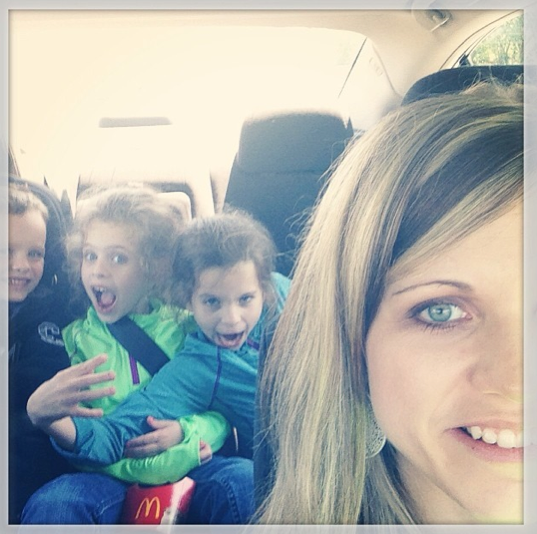 If you follow me on Instagram, you know we had a bit of a wild day yesterday. 🙂

Since we had a 7 a.m. flight to catch and since we were all flying and we’re new to the Nashville airport, we wanted to leave at 4:30 a.m. in order to allow plenty of time.

I hadn’t gotten all the packing done the night before (I was still trying to catch up on laundry since we finally have a washer & dryer again!) and needed to wash my hair, so I set my alarm for 3:30 a.m. — way too early!

While getting the packing done and my hair washed, Jesse got the kids up and around, and then we were out the door and headed for the airport. When we arrived at the airport a little after 5 a.m., it was packed with people! We were glad we got there early as we ended up standing in line for quite awhile to make it through security. 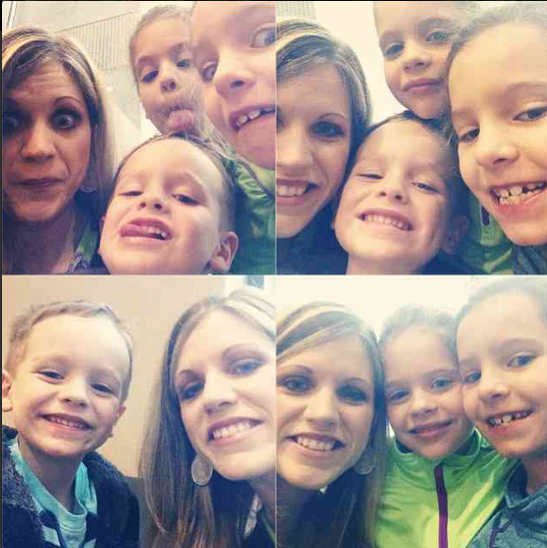 While waiting to board our flight, we had fun taking pictures together. 🙂

Our 7 a.m. flight got delayed by 45 minutes, which meant we were going to miss our connecting flight (we only had a 45-minute layover). Jesse went ahead and asked if they could get us on a later connecting flight, but they told us they didn’t know if they could since all the flights were full that day. The best they could do was put us on Priority Standby for a later flight to Kansas.

Well, we hadn’t even left Nashville and we weren’t off to a great start. 🙂 But we decided to just roll with the punches, choose to call it an adventure, and find a way to make it to Kansas once we landed in Dallas.

After landing in Dallas, we double-checked to see if our connecting flight had already taken off. Yep, it had.

So the kids and I went to hang out at the play area and Jesse headed to the customer service to see what could be done. He called me awhile later with our options:

None of these were really great options, but we decided to try the OKC flight option and see if they could all five of us on the flight. If they couldn’t, we’d drive from Dallas.

We got something to eat and headed over to the gate for the OKC flight. By the time we got there, they were almost getting ready to board.

Jesse talked to the gate agents and after a lot of re-working of things, they found a way to get all five of us on the flight — not all sitting together, but all on the flight. We were so grateful for their willingness to shuffle things around to make this work for us!

We were also blessed to have very gracious people on the flight who offered to move their seats. This way, Jesse could sit with Silas, I could sit with Kaitlynn, and Kathrynne could sit nearby us.

As soon as everyone was seated, the pilot made an announcement that there had been some issues and we’d need to wait until maintenance could come check those out. By this time, we knew there was no way we’d be making it to Kansas before late afternoon, so we called to cancel our plans we had with friends and family.

We were sad that some fun things we’d had planned weren’t going to be able to happen, but at this point, we just had to focus on getting to Kansas in time for Jesse’s brother’s graduation. I was incredibly thankful that the kids were still holding up well and attitudes were remarkably good in spite of the early morning and multiple delays.

Finally, after another 45-minute wait, we were off to OKC! We arrived there without incident, rented a car, and made the three-hour drive to Kansas.

We were supposed to pick up Jesse’s sister and her family at the airport and take them to the graduation. Their flight was also delayed, so it ended up working out that they got in right before we made it in.

Jesse dropped us off, picked them up at the airport, and we were all able to make it in time to the graduation about 15 minutes before it started — and in time to get to surprise his family! It was so worth the extra efforts and we’ve had a great time with family and friends here. 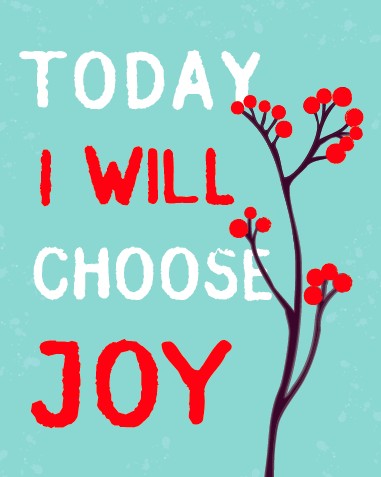 And you know what? While we were tired last night from a long day, I’m so grateful that I made the choice to just roll with the punches and enjoy the ride yesterday.

My nature is not to be spontaneous but rather to always want to stick with the plan. However, I’ve really been working on having a relaxed, cheerful, live-fully-in-the-moment attitude recently.

It was encouraging to realize that the efforts to build that character in my life are paying off! When the unexpected happened and completely derailed yesterday’s plans, choosing to embrace life with joy made it an adventure rather than a very stressful experience!

“Joy does not simply happen to us. We have to choose joy and keep choosing it every day.” – Henri Nouwen