Choose Courage, Even When You Really Want to Choose Cowardice 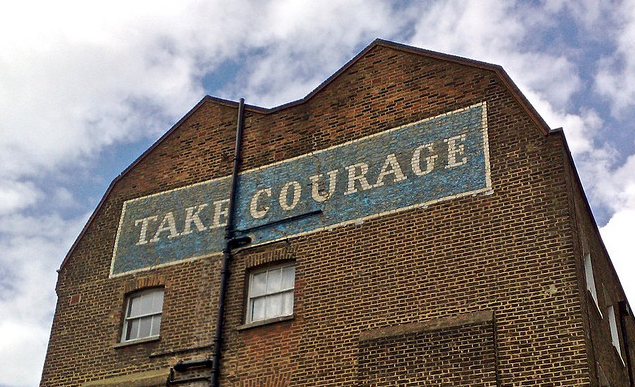 It’s been a rough week for me as a blogger.

While it’s usual for me to get at least a few fairly critical comments and emails on a daily basis, for some weird reason, this past week I was pummeled with criticism and harsh comments.

Most of these comments never made it out of moderation, but I still saw them. And with each one, it was a little like being stabbed with a knife unsuspectingly.

We aren’t some object to hold up and throw stones at because we don’t have feelings. 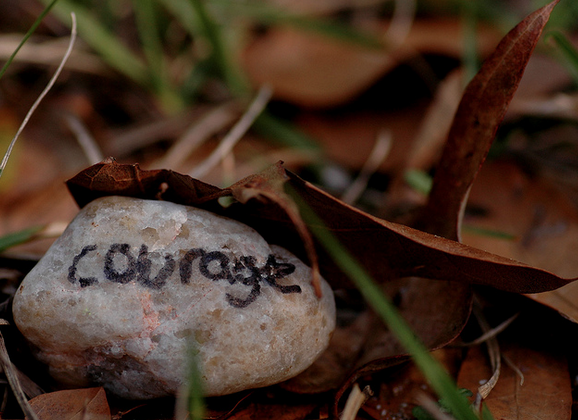 As bloggers, we often share personal things on the internet and I know that when we do this we are opening ourselves up for questions and critique. However, this doesn’t mean that we are immune to discouragement or that comments that attack, belittle, or rip us apart aren’t hurtful.

Over time, I have developed fairly thick skin, but this past week, when the comments and emails kept coming from random places over even more random things, I felt beaten up and beaten down.

I questioned why I was doing this in the first place. Wouldn’t it be easier to close up shop? Wouldn’t it be safer and less exhausting to just stop blogging and speaking and writing?

I certainly considered it this past week.

But then I realized that reacting like that would be the epitome of cowardice. Because the definition of a coward is: “One who shows ignoble fear in the face of danger or pain.”

Anyone can be a coward. Here’s how: You just stick with things so long as there is no danger, pain, or hurt. When anything uncomfortable or hard comes your way, a coward balks and runs.

So instead of cowardice, I’m choosing the exact opposite: I’m choosing courage. I’m seeking to sift out the truth from the lies. I’m continuing to check my comments and read my email and write those blog posts and say “yes!” to those opportunities that are stretching. I’m praying for wisdom and surrounding myself with wise counselors and cheerleaders. 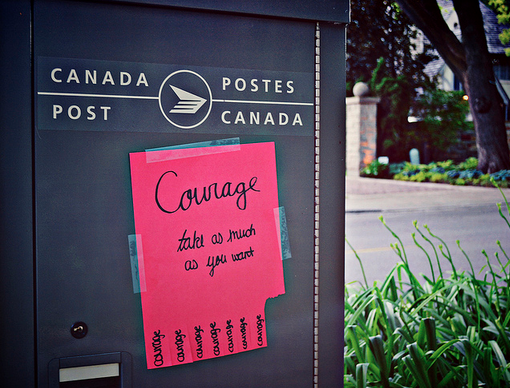 Courage isn’t easy or simple. It means willingly facing the difficulty and danger. It means putting yourself out there. It means that you are risking getting hurt.

But it’s worth the risks for the rewards you’ll reap. Will you join me?

When you want to run away from that thing you fear, choose courage instead.

When you want to back out of that thing that scares you, choose courage instead.

When you want to wimp out of something you know you should do, choose courage instead.

When life feels overwhelming and you just want to give up, choose courage instead.

Read Newer Post
« 8 Healthy Crockpot Freezer Meals in 45 Minutes
Read Older Post
ePantry.com: Get $20 in credit for every friend you refer — up to $400! »