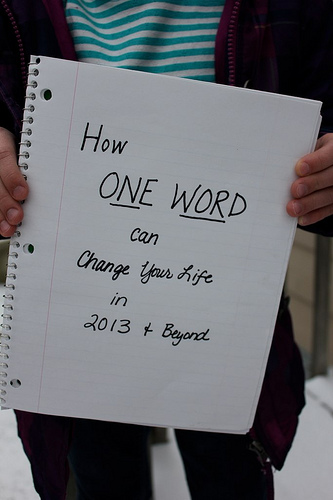 Last year, I created an ambitious list of 12 habits — one for each month. This, in addition to a rather-overwhelming goals for 2012 list.

It was too much. I felt somewhat burdened by the long list and the big ambitions. And truthfully, I felt behind most of the year.

This year, not only did I create a simpler list of goals, but I also decided against creating a list of habits to try and implement each month. Instead, I decided to choose a word to make as my focus for the year.

The idea of having a one-word focus is not original to me. Ann Voskamp has been blogging about it for the last three years and there’s even a book called My One Word that released just recently.

I spent the last two weeks of December contemplating which word would best encompass the direction God has been leading me in my life recently. I finally landed upon two words. I know, I know, that sort of ruins the “one word” thing, but I’ve never been one to follow the rules, have I?

My words for 2013? Margin and discipline. 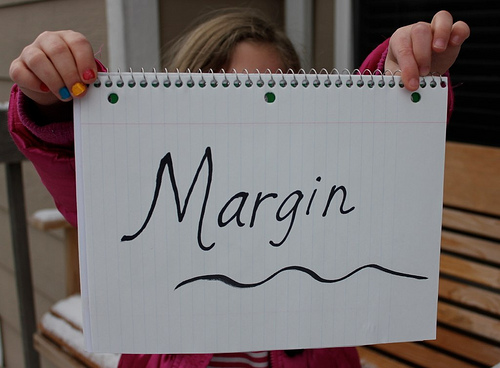 Why I Chose the Word “Margin”

As most of you know, I tend to be a little Type A. Okay, maybe more like a lot Type A according to some people.

I don’t like surprises or spontaneity. Well, unless it’s carefully planned. 😉

Ever since my 30 minutes of quiet this summer and reading Love Does, I’ve been challenged to work on becoming more laid back and focusing on enjoying the moment — instead of always trying to get things done and stay productive. 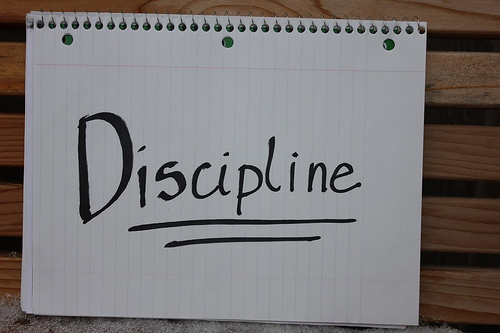 Why I Chose the Word “Discipline”

So, this might sound like the exact opposite of Margin, but it’s actually not. In fact, I think that Margin and Discipline can be paired together beautifully. You see, by being disciplined in my everyday life, it enables me to enjoy margin. That might sound all whacked out to those who are Type B or Type Z, but you’ll just have to be gracious and cut this Type A gal some slack, okay? 🙂

The area that I’m specifically focusing on when it comes to discipline in 2013 is getting up at the same time (or around the same time — I’m shooting to be up no later than 6 a.m.) every single morning and then exercising, showering, and dressing by 8 a.m.

Some days I’ll run a few miles before the crack of dawn and be showered and dressed by 7 a.m. Other mornings, I never get in the exercise or shower.

While this might not seem to extreme or anything, this lack of consistency is having a trickle down affect in many areas. In addition, I want to set a good example for my children, just as my parents set for me.

After some long discussions with my husband, we both agreed that making this an every single day thing could be one of the best things I do for my year — and maybe for years to come. So that’s basically my desire with choosing discipline as one of my words for 2013. 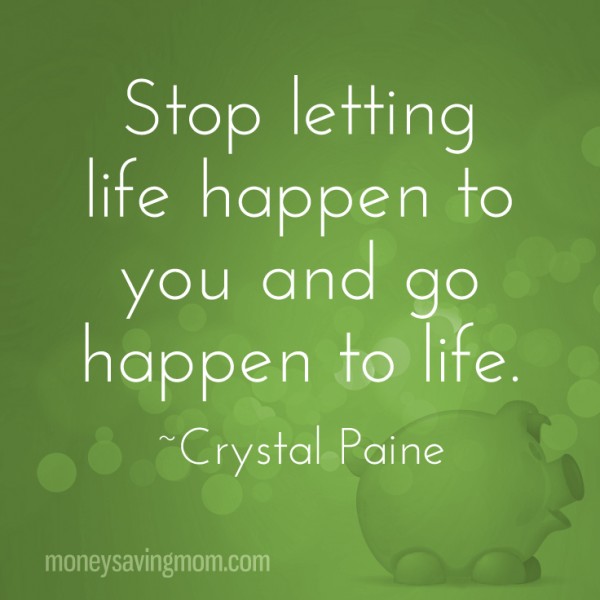 Have you chosen one word for 2013? Tell us what it is in the comments.