Okay, so Snowflake Tortillas aren’t exactly a Christmas activity, but we included it with our planned fun family activities for this week anyway. 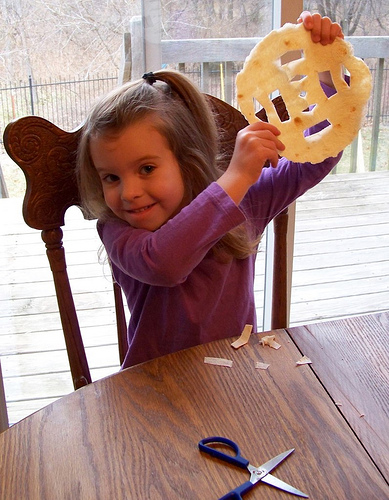 The girls had so much fun cutting the tortillas into different snowflake shapes. 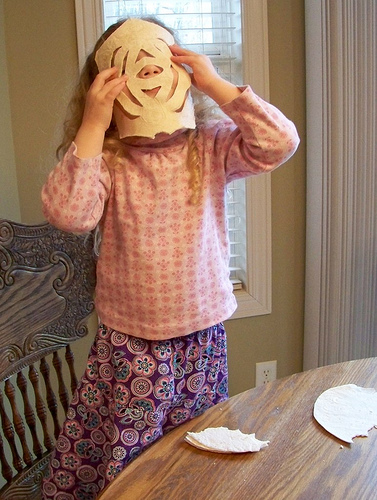 Kaitlynn pretended hers was a mask (nevermind the un-matching clothes, she’s still learning that just because a top and bottom have pink in them doesn’t mean that they match!) 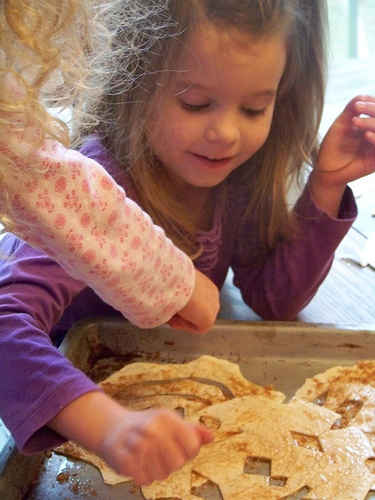 They thought the sprinkling with cinnamon/sugar mixture was the coolest thing ever. 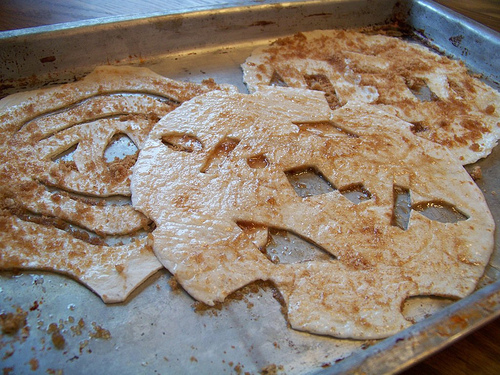 Ready to go into the oven. 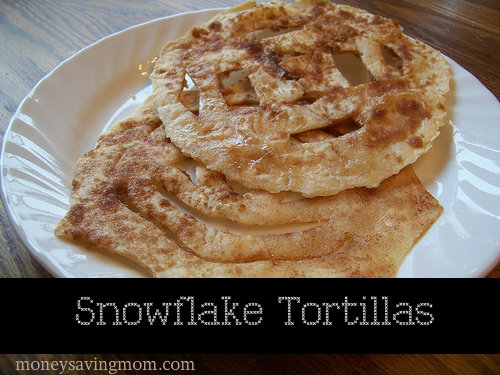 Fold tortillas in half and then in half again (like you would make a paper snowflake). Use clean scissors to cut out shapes. Open up and brush with melted butter. Mix cinnamon and sugar together and sprinkle over the tortillas.

Bake at 375 degrees for around five minutes. Let cool slightly and then enjoy eating your creation!