I've made yogurt before, but never in a yogurt maker so this was a new adventure. A kind reader gave me a yogurt maker she didn't want any more so Kathrynne and I had fun testing it out for the first time. So far, I really liked it as compared to making it without a maker, though I wouldn't necessarily encourage everyone to go get yourself a yogurt maker unless you have access to one for free. 🙂 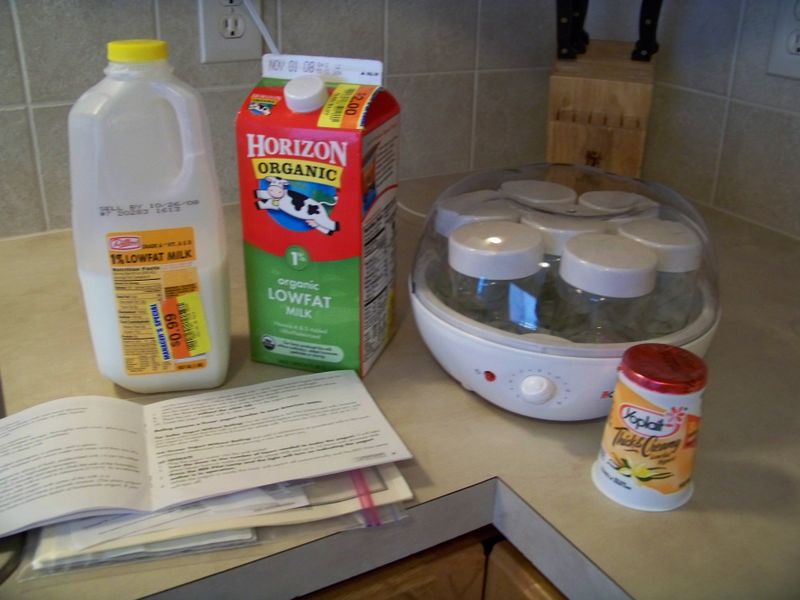 We used the marked-down Horizon Organic milk I picked up yesterday and some other marked-down milk we had in the freezer along with one little carton of vanilla yogurt as the starter. The basic recipe is that you boil the milk until bubbles form on the side of the pan, let it cool to 110 degrees, take out a little and mix it with the yogurt starter, mix it all back together, and pour it into the yogurt cups in the yogurt maker and let it run for 8-12 hours. 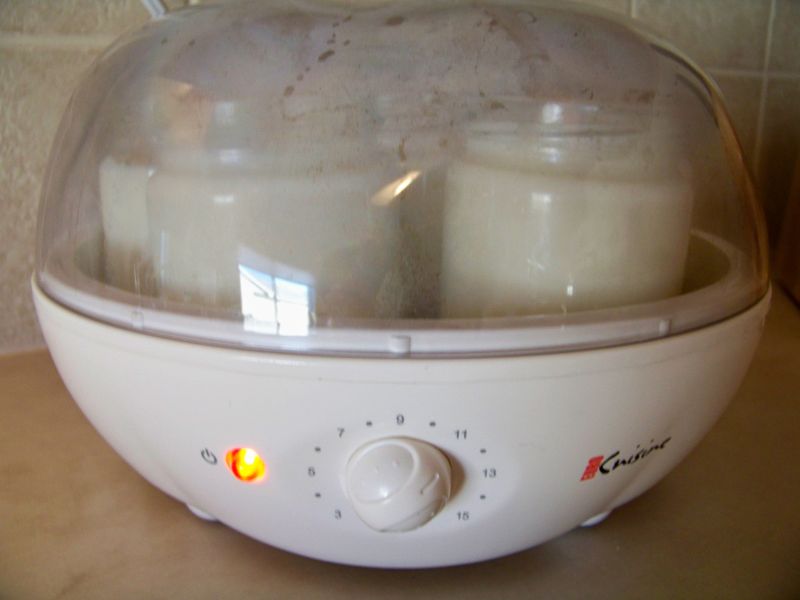 When I make it without the yogurt maker, I do everything the same except for putting the yogurt in a bowl covered in a warm oven overnight. It's best to use plain yogurt as a starter, but I couldn't find any small things of it at the store yesterday so I fudged and got vanilla. We'll see how it works!

The granola recipe is a new healthy one I got from What to Eat When You're Expecting. It didn't look terribly exciting but it was very healthful and that's what I was looking for so I decided I was game. 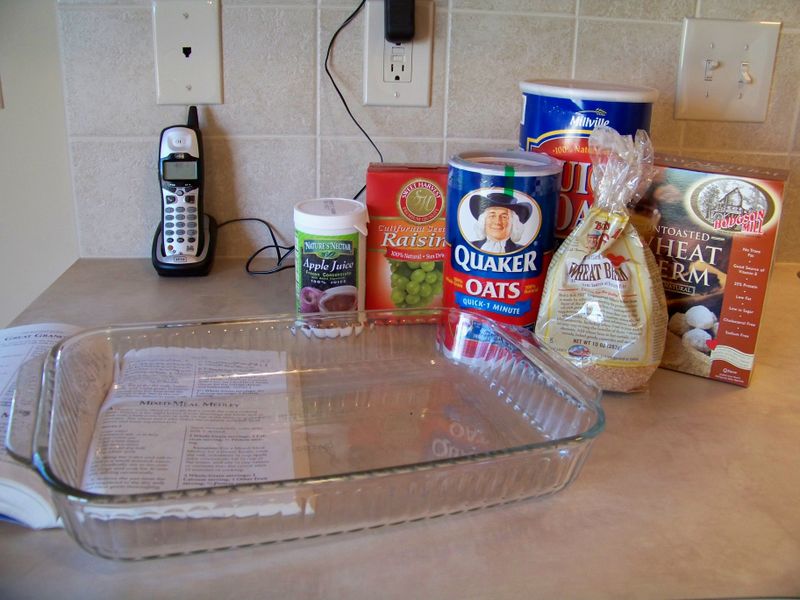 Here's the recipe, with my tweaking:

3 cups rolled oats
1/2 cup raisins
3/4 cup plus 2 Tablespoons apple juice concentrate
3/4 cup wheat germ
1/2 cup wheat bran (I added this instead of nuts, if you like nuts you could use them instead.)
1 teaspoon cinnamon

Spread oats in nonstick pan and toast in 350 degree oven for 10 minutes. Remove from oven and reduce heat to 300 degrees.

Combine the raisins and 1/2 cup of the juice concentrate in a small saucepan. Bring to a boil. Reduce heat and simmer for 5 minutes.

Drain the raisin liquid over the oats (set raisins aside) and add remaining ingredients. Combine well with a wooden spoon. Bake in 300-degree oven for 30 minutes, stirring occasionally.

Stir in raisins and press the mixture firmly in the pan. Bake another 5 minutes and let cool to room temperature. 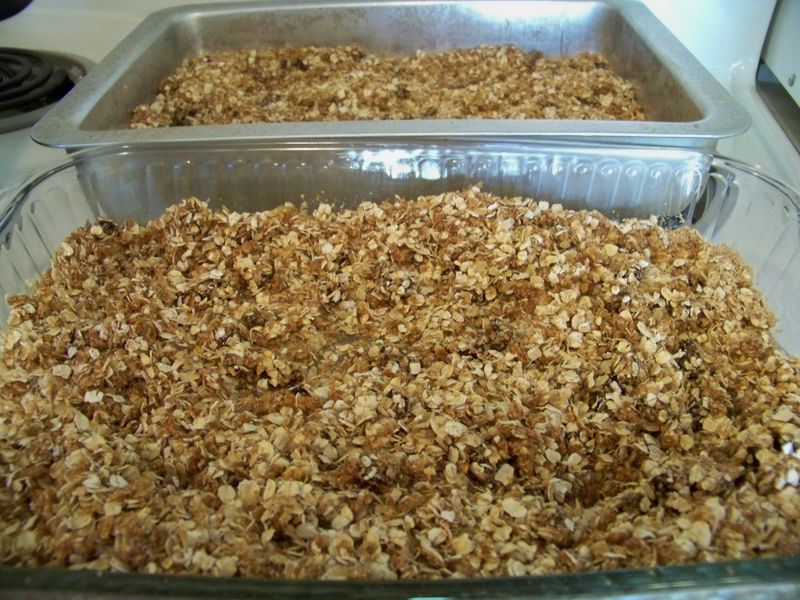 I doubled the recipe because I had enough ingredients on hand. I wasn't incredibly impressed with this granola recipe, though I think it will be yummy with served over homemade yogurt with some fruit. If anyone out there has a particularly yummy recipe for granola which doesn't have sugar in it and is low in fat, I'd love to try it.

And now I'm off to make banana bread and start cooking a big pot of beans.