I began my Baking Day yesterday afternoon since I had a bit of time and wanted to get an early start while I had the chance. I first threw the ingredients for a loaf of Homemade Bread into the bread machine and while that was mixing up, I made up the dough for the Homemade Pita Pockets.

I doubled the recipe for the Homemade Pita Pockets and, in the process, discovered that it seemed to be a recipe not entirely suitable for doubling. The dough was a little difficult to work with. But that wasn’t all–since you are only supposed to cook two pita rounds at a time, by the time the last half of the rolled out pita dough rounds were ready to be baked, they had risen too much and then fallen, making them not bake as well. 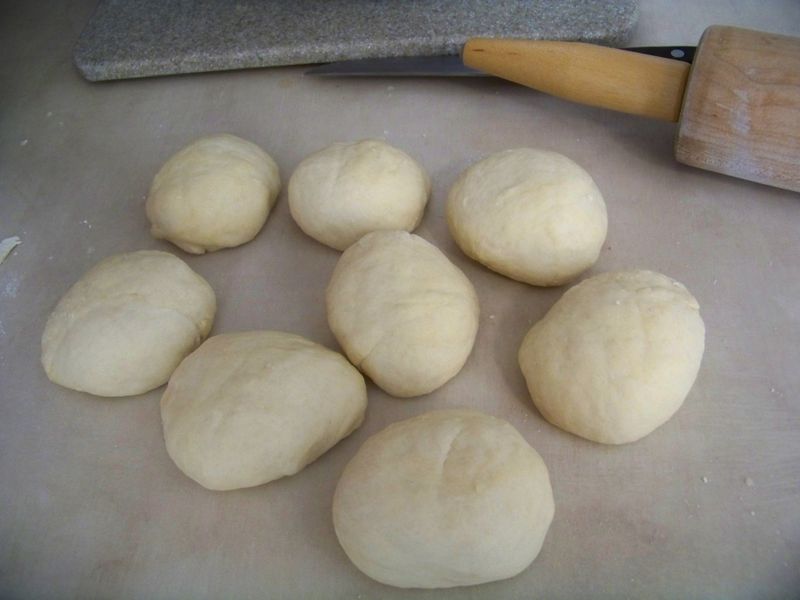 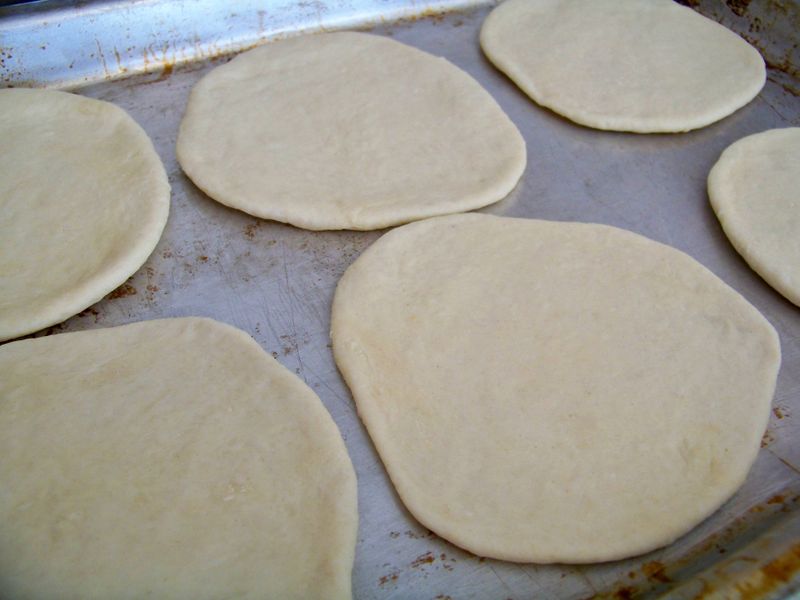 However, despite all of this, they turned out yummy–just not as beautifully-looking as they usually do! 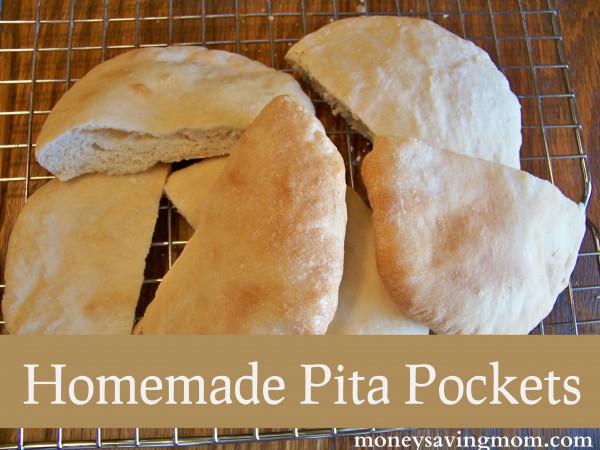 It was also when I was baking the Pita Pockets that I realized this
whole Baking Day thing was probably not the greatest idea ever seeing
as it 100 degrees in the afternoons here this week. So heating up my
whole kitchen was not the brightest thing to do. Oh well! 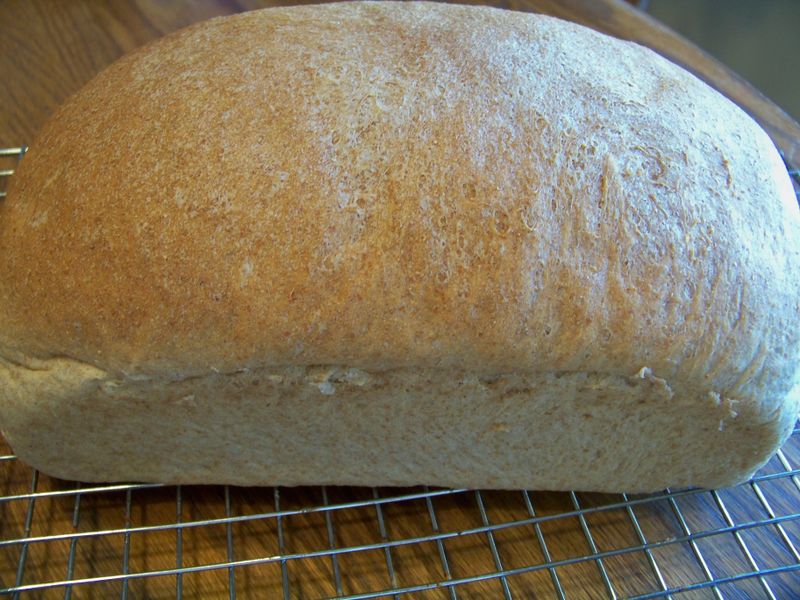 Next up: our favorite Pumpkin Chocolate Chip Muffins