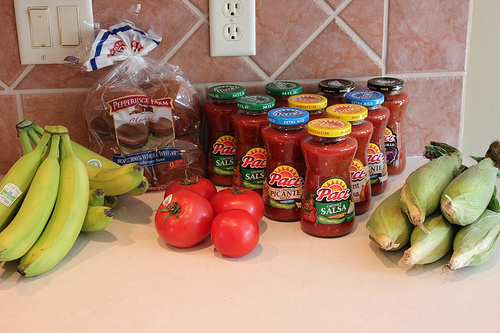 Jesse stopped at Dillon’s last night to pick up a few things so we could grill out. He didn’t have a list and I hadn’t gone over the ad much, but I thought the Pace Salsa was supposed to be $0.99 per jar after the Mega Event discount, so I told him to pick up 10 jars. After he got home, I realized that they were $1.49 each after the Mega Event discount.

He misread the signs on the Vitamin Water/Tea and didn’t realize he had to buy in multiples of 10 to get the Mega Event discount, so instead of getting those for $0.50 each, he paid $1 each.

We had grocery money left for March and he’s gotten plenty of great deals through the years {and hey, he was kind enough to stop by the store!} so it really wasn’t a big deal.

{He told me to just tell you all that he screwed up on the shopping trip. But it was partially my fault for not reading the ad more carefully, so I take half the blame for the screwed up shopping trip! Instead of being frustrated, we both just decided to laugh about it–life’s too short to get frustrated over the little things, anyway!}

Here’s what he ended up buying: 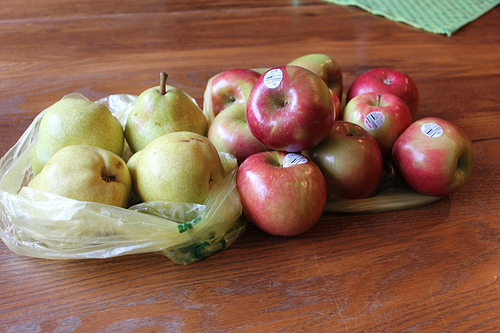 In more positive grocery shopping news, I stopped by the health food store today and picked up some apples and pears that were $0.99 per pound. I love it when I can find beautiful fruit for $0.99/lb. or less!