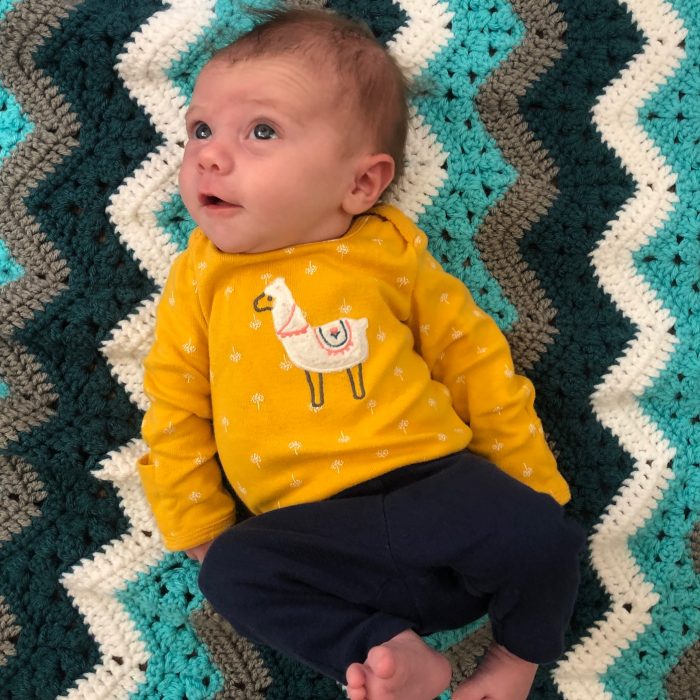 Kierstyn is 6 weeks old!! And I look at her every day and still can’t believe she’s ours.

She is smiling and interacting and cooing at us so much now — and it’s really fun to see her personality starting to blossom. She has a very sweet demeanor and rarely cries except for when she’s hungry. 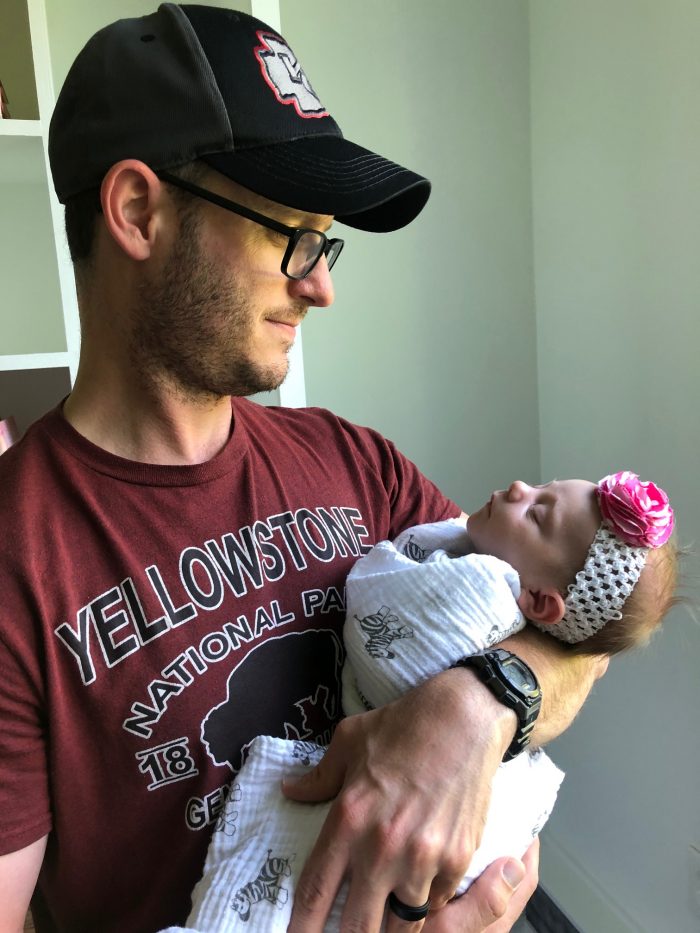 She continues to do really well with sleeping at night and (usually) with napping during the day. She loves to have a long nursing session when she first wakes up and before she goes to bed (and by really long, I’m talking an hour and a half — it seems to be more of a comfort thing than anything, but I’m savoring it!) 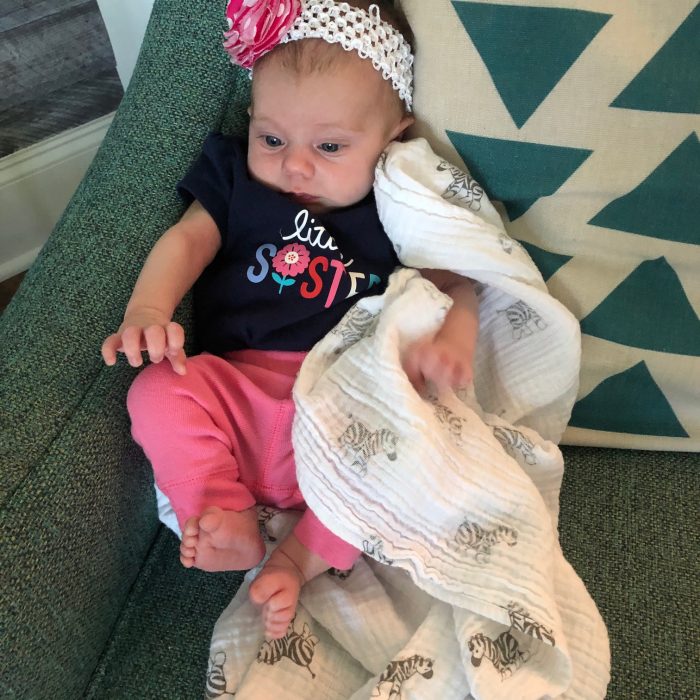 She went to the grocery with me for the first time this week (which also happened to be my first time back grocery shopping in 12 weeks!!). I also had my 6-week postpartum check and am grateful that I am feeling really close to being back to full steam! I forgot how much energy I used to have — it’s amazing how much better you feel when your hemoglobin isn’t low! 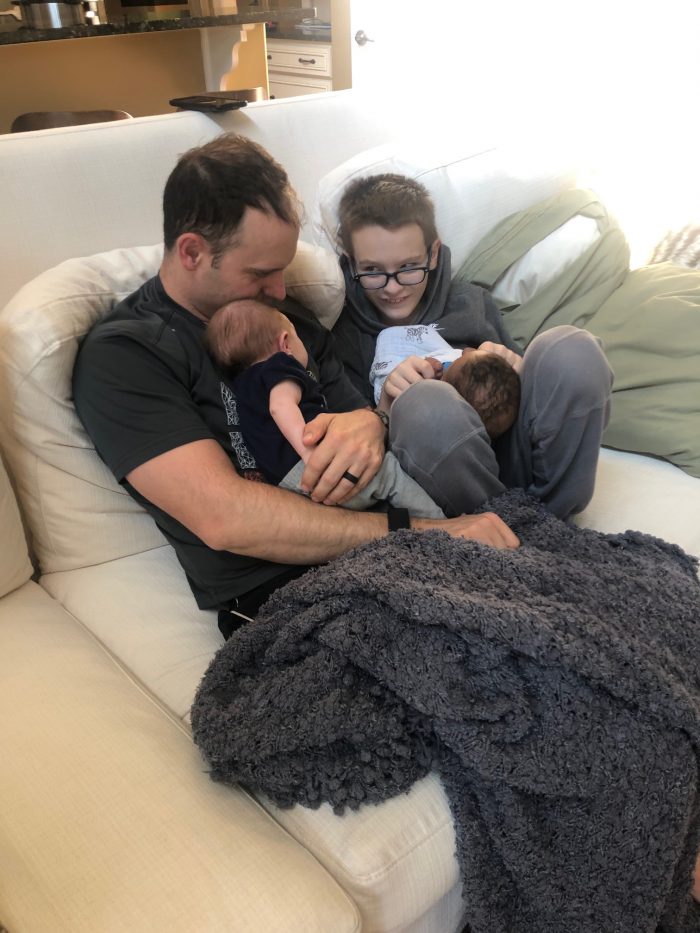 This past week was my first week off maternity leave and back to more normal work hours. Overall, it went well, though we’re still figuring out our rhythm with summer, three older kids, Kathrynne’s new job, and two babies. But I’m giving myself lots of grace and we’re just taking one day at a time.

I’m trying to focus on the things that will matter most in 25 years from now (relationships, marriage, my health, etc.) and letting a lot of other things go. I’m also learning to hold my plans very loosely because things often go very differently and a cheerful, adaptable mom is much more important than a checked off to do list. 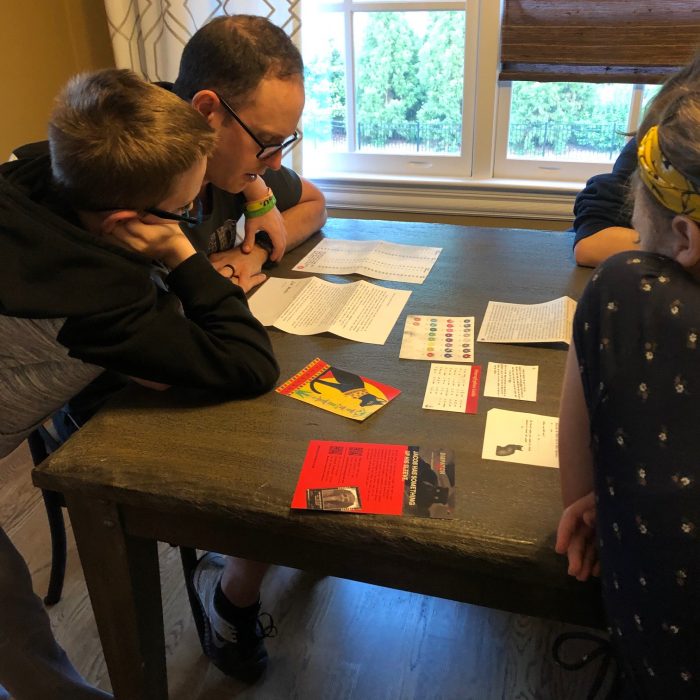 We love escape games, so when Jesse saw that a local escape game business was offering at-home escape game packages while they were closed for quarantine, he bought it and we did it as a family one night this past week. It was a lot harder than a traditional escape game, but thanks to Jesse and Kaitlynn’s tireless work, they solved the mystery! 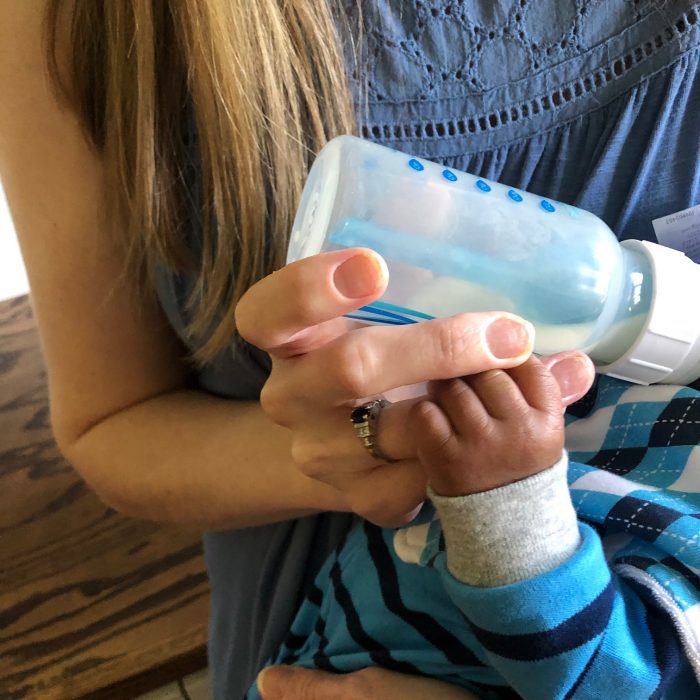 Champ (the sweet baby boy we are fostering) has started holding onto our fingers when we feed him. 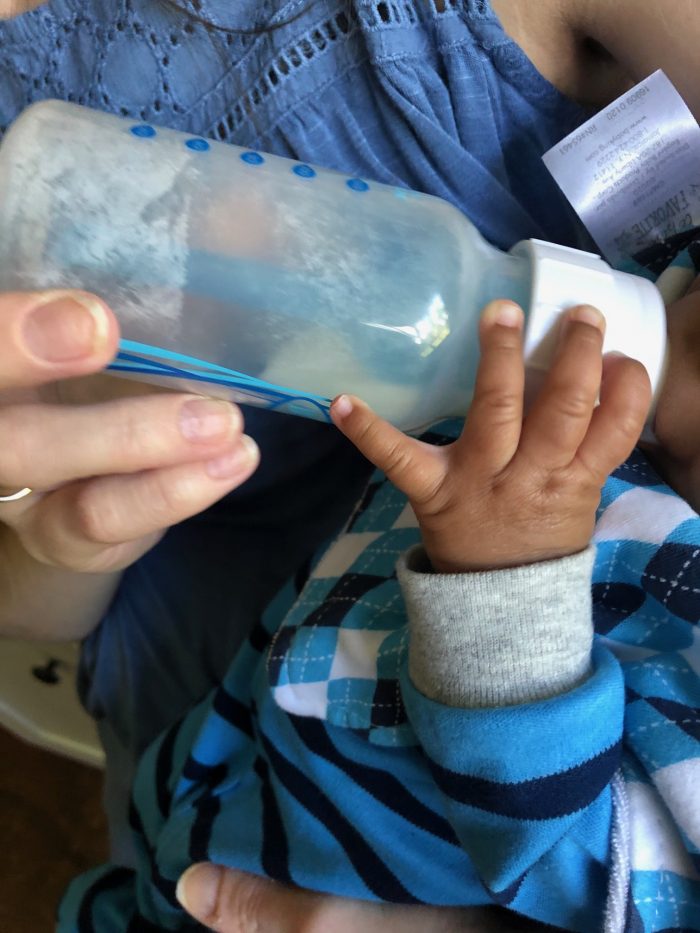 And when he’s not holding onto our fingers, he’s trying to hold his own bottle. It’s the sweetest!

I had pretty severe postpartum depression and anxiety after our first three were born. I didn’t even realize that’s what it was until after Silas born.

The dark oppressive cloud hanging over me all day. The panic attacks. The constant feeling that I was going to lose it. The feelings of harming myself. The inability to be excited about anything in life. The lack of motivation. 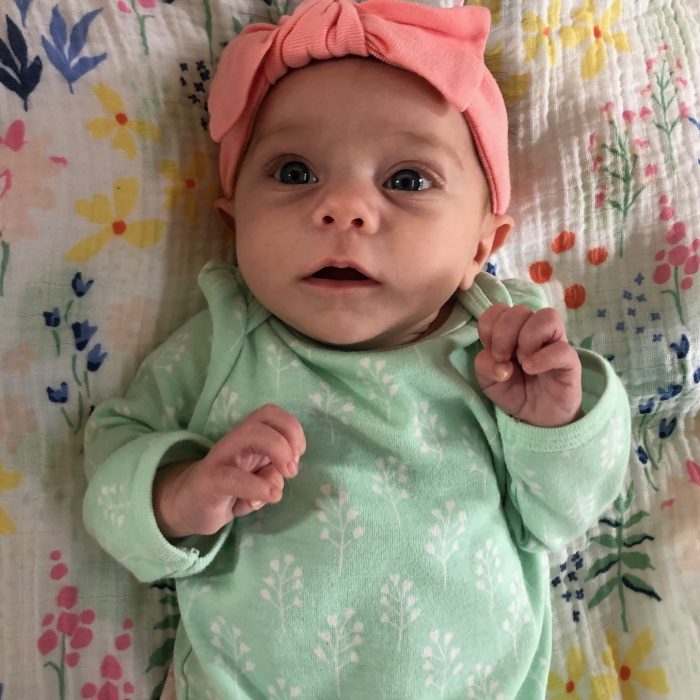 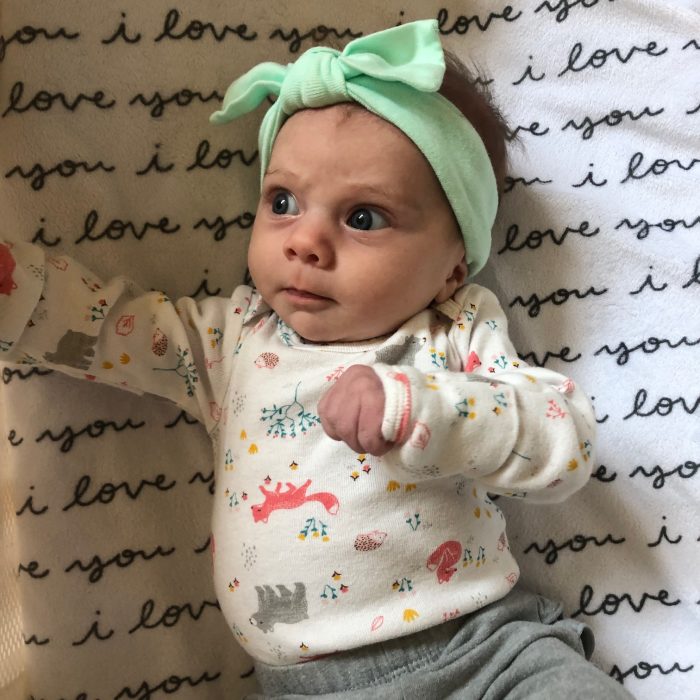 As I approached this 4th birth/postpartum period, I wondered if all those feelings of depression and anxiety were going to come crashing down on me again. Jesse and I had some really honest talks on what we could do as a family to prevent it as much as possible.

I’m 6 weeks postpartum today, and I am absolutely thrilled to say I haven’t had PPD or PPA this time!! In fact, the pediatrician had me fill out a form last week that asked a lot of questions on how I’m doing. I could genuinely answer I wasn’t experiencing any of the PPD symptoms! 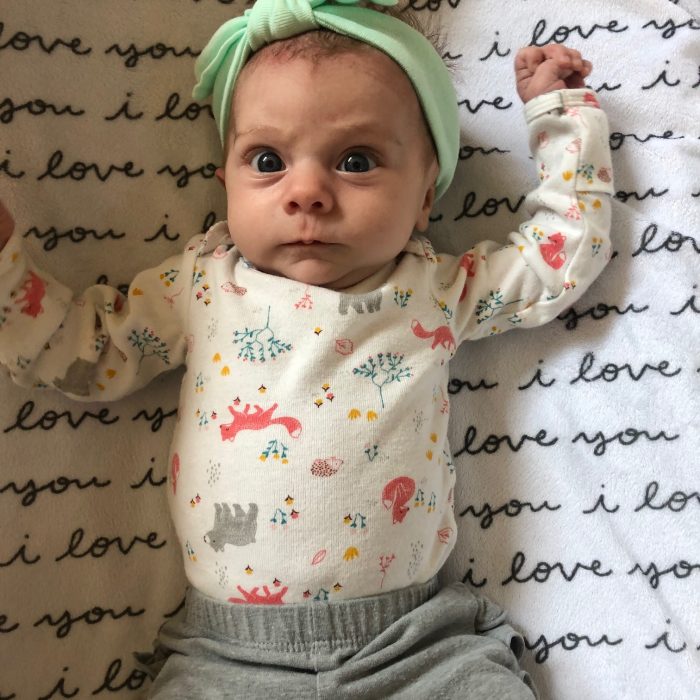 Here are some of the things that have helped:

Note: I know everyone is different and what works for me won’t necessarily work for you. I also believe there is 100% a time and place for medication. My philosophy is that you need to do whatever you need to do to take care of you. 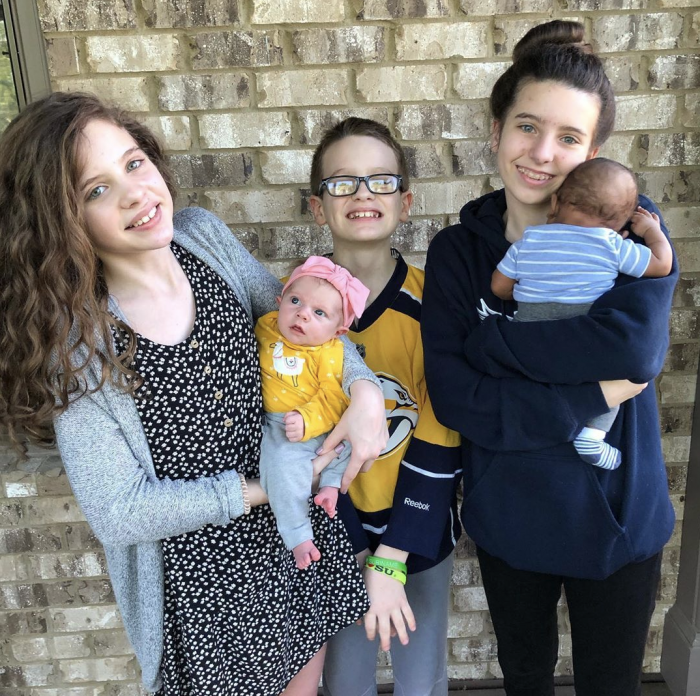 A Lesson in Parenting I’m Learning

One of our kids was frustrated about something on Saturday morning. There was a lot going on, so instead of really listening to them or engaging them in conversation, I just said rather tersely, “You need you change your attitude right now!”

I’ve been so convicted of how often I do this! Instead of taking a little time to lean in, love and listen, I just tell them, in effect, “Get over it!” Or “Snap out of it!” Or “Change your attitude!”

I know in my own life, when I’m frustrated over something, it’s typically not just about that thing, but it’s often much deeper. I want to remember this for my kids, as well.

Maybe they are acting frustrated because they are sad or hurt or scared or overwhelmed — and it’s coming out sideways as irritation/anger.

Think about it: if you’re feeling frustrated or stressed, would you want someone to tell you to, “Stop acting like that and change your attitude!!” I know that, for me, if someone said this to me while I was already feeling on edge, it would just make me feel more frustrated.

In addition, this communicates, “Your feelings don’t matter. So stuff them down and move on!”

When my kids express their irritability or stress, I don’t want to shut them down. But I want to see it as an opportunity to take then time to lean in and love, look for ways I can come alongside them, and ask how I can help them. To sit with them and love them well through whatever they are feeling.

Yes, it requires more time and effort than saying, “Change your attitude!” But I think it’s going to make a huge difference for them (and our relationship!) in the future!

Note: This can also apply to adults in our life, too! If you encounter someone who seems really irritated or frustrated, remember that there is probably something much deeper there and see it as an opportunity to lean in and love them well instead of just feeling frustrated or hurt by their frustration and/irritability!