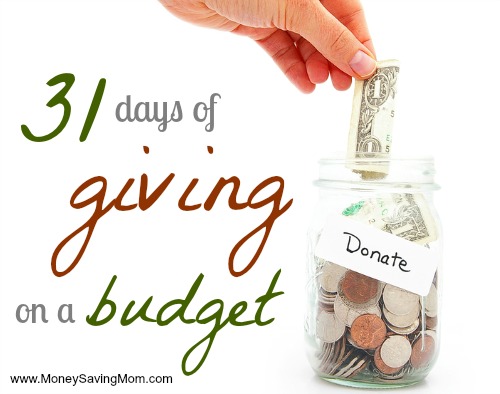 Republished from the archives

On our trip to the Dominican Republic, we visited an urban slum in downtown Santo Domingo. What we saw and experienced was shocking–and yet heart-warming.

{I wish I could have taken my camera to capture the scenes for you, but we’d decided to leave it behind as it was a somewhat dangerous situation for Americans to go into these slums. We found out later that one of the men who showed up while we were visiting was actually one of the city’s most dangerous criminals–a man who has an alliance with the police and therefore never gets punished for any of his deeds because he just pays them money to overlook his criminal actions. Our guide was incredibly grateful that I hadn’t brought the camera as he felt there was a good chance it would have put us in a great deal of danger!}

To even reach where the people lived, you had to go through this very small and long concrete corridor in between two stores. At the back, we ducked under laundry hanging out and entered a concrete broken down dwelling that looked like it hadn’t seen anything clean in decades. It reeked of years’ worth of dirty laundry piles mixed with sweat.

Inside this smelly, dirty, concrete dwelling was a beautiful woman. To most people, she wouldn’t appear all that beautiful from the outside. Her teeth were mostly missing and what was left of them were rotted and brown. Her hair looked like it hadn’t been washed in a very long time. Her clothes were dirty, extremely worn out, and stained.

But she was a beautiful woman regardless of her outward appearances because she radiated with contentment. Her living conditions were appalling. She was in charge of caring for some of her grandchildren because her daughter has been sick for years. Her son is a high profile criminal. And she is unable to find work and relies on the kindness of others for support.

Despite all her struggles, she was so joyful. Instead of giving in to hopelessness and despair, she was telling us how she’s trying to reach out and help others.

And then, she asked if she could pray for us. I was moved to tears.

Here was this woman who has practically nothing and she’s asking to pray for us!

I wish you could have heard her prayer. It was powerful and filled with praise to the Lord, thanking Him for bringing us to visit her and asking that God would bless us.

After we gave her a box of staple supplies and prayed for her, I hugged her and thanked her profusely for letting us come. While we came to reach out to her, we left the ones who were ministered to.

If she can be joyful, content, and giving in such an awful situation in life, I have no excuse to ever complain again. 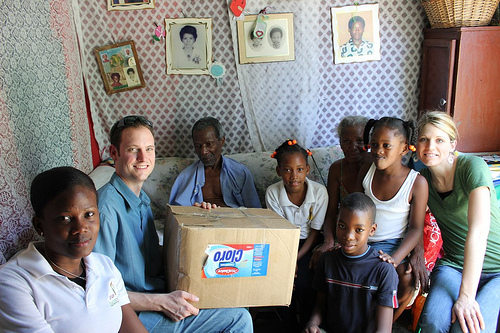 {This picture is of one of the other families we visited on our trip. All six of them live in this house and it wasn’t much bigger than what you see here. I was so impressed with the girl on the left. She had so much drive and potential: she’s working at the supermarket and going to the university to study accounting and hoping to get a job in the accounting field once she graduates.}