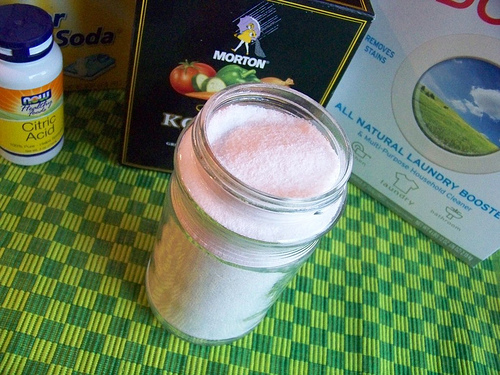 Homemade Dishwashing Detergent gets mixed reviews, but I decided to try it anyway.

I’ve been using the Tropical Traditions Powdered Dish Detergent for the past four weeks because they sent it to me. It’s very similar to the homemade version and so far, I’ve been liking it quite a bit. I’ve noticed that some of our plastic dishware is sometimes cloudy, but it’s not been a huge issue. 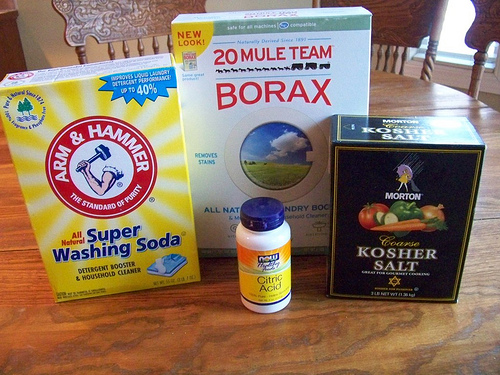 Mix together. Use 1 Tablespoon per load. Add some vinegar to the rinse aid compartment of your dishwasher to help prevent clouding. 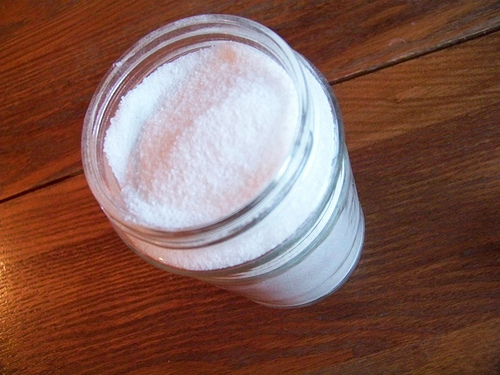 I bought all the ingredients but the borax from Amazon with Swagbucks. The borax cost me $4.55.

If I was paying out of pocket for all the ingredients, I am not convinced that this recipe would really be less expensive than buying dishwashing detergent with coupons — especially since I can occasionally get it for free at Target and elsewhere. (If you typically pay full price for dishwashing detergent, though, making your own is less expensive per this cost breakdown.)

However, it was fun to try my hand at making something I’ve never made before.