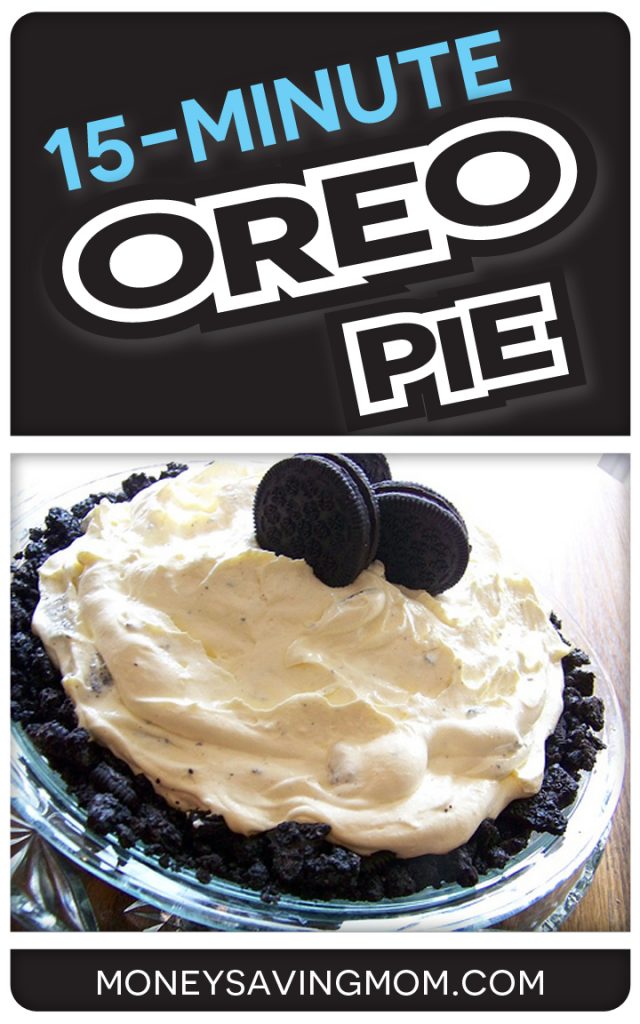 Looking for a super simple recipe to take to a Christmas gathering this weekend? How about some Oreo Pie?

Cool Whip sent me a basket of ingredients and encouraged me to try a new recipe using Cool Whip. Truth be told, we prefer making our own whipped cream with real cream. But I had fun looking through Cool Whip recipes and choosing one to try. I finally decided to go with the Oreo Pie recipe, considering everyone in our family loves Oreos.

Did I mention we love Oreos? Just to prove this statement, I’ll confess that it took me three tries to actually get the pie made, because the first two packages of Oreos I bought were consumed before I could so much as attempt to make the pie. And it wasn’t just the children who were responsible for the disappearing Oreos. 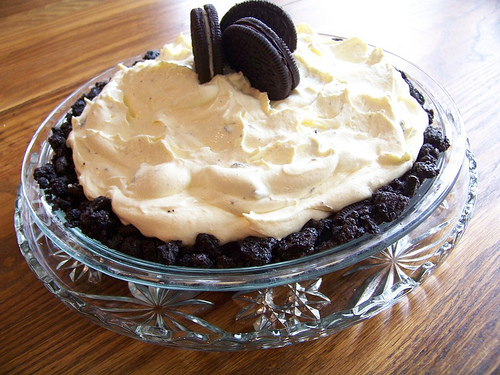 Crush 24 to 30 cookies (I’d recommend doing this in a blender or food processor. I tried using a rolling pin and ziptop bag and it was a bit more time-consuming than it likely would be in a blender.) Mix with melted butter and pressed onto the bottom and sides of a 9-inch pie plate.

Beat milk and pudding together until thick (approximately 1 to 2 minutes). Carefully stir in whipped topping and blend well.

Crush or chop at least 12 Oreo cookies and fold into the pudding mixture. Spoon onto crust.

Garnish with Oreos and refrigerate for at least four hours. 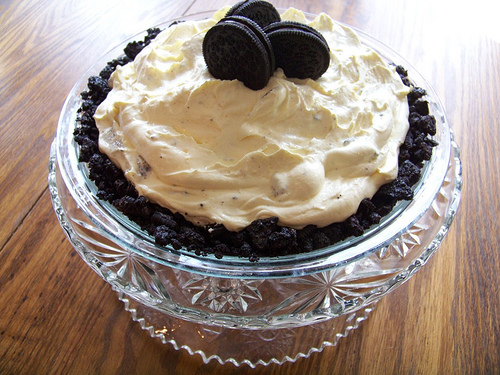 My husband declared this pie “delicious!” despite the lack of real whipped cream. However, his first question after telling me it was good was, “Do you think you can make it with real whipping cream?”