A testimony by Julie from The Family CEO

Exactly one year ago, our oldest child headed off to college. We knew this day was coming, but as with everything to do with kids, time goes much more quickly than you expect. We needed a plan for paying for our daughter’s education, keeping in mind her brother would follow her in four years.

Here were the facts:

Still, we were able to pay cash for her first year of college, and the money is in the bank for her second year, which she just started. We’re halfway there and the plan is to stay one step ahead of her college expenses, paying as we go.

Here are the things that have helped us accomplish that so far:

We looked at quite a few schools, both public and private. In the end, our daughter chose an in-state school, in no small part because of the affordability. Not only was the tuition reasonable, the school had a four-year tuition compact, meaning it wouldn’t go up during that time.

We’re blessed that our daughter is a strong student, and was a very involved in high school activities. That translated into scholarships and subtracting scholarships from an already reasonable tuition bill made that part of the college costs much more manageable.

Starting a new stream of income

Several years before she left for school, I started my blog and also started doing some other writing online. This resulted in a small income stream that I put into an online savings account, earmarked for college. When the time came, I was able to pay for her laptop, books, the balance of her tuition, and a big part of her room and board out of that account.

Our daughter worked during summers and over school breaks, and all of that money went into her savings account. She used that for spending money while at school. As she heads off to school this fall, she is applying for part-time campus jobs, which will cushion her bank account that much more.

Our daughter’s high school offered classes she could take for college credit. We still had to pay for them, but at much lower, community college rates. Ultimately, she was able to enter college with 18 credits – an entire semester’s worth. That should help her graduate on time, which will be the biggest money-saver of all.

So that’s where we are. Two years in and we’ve been able to pay as we go with cash so far. With some perseverance and a little good fortune, we should be able to make it the rest of the way as well. 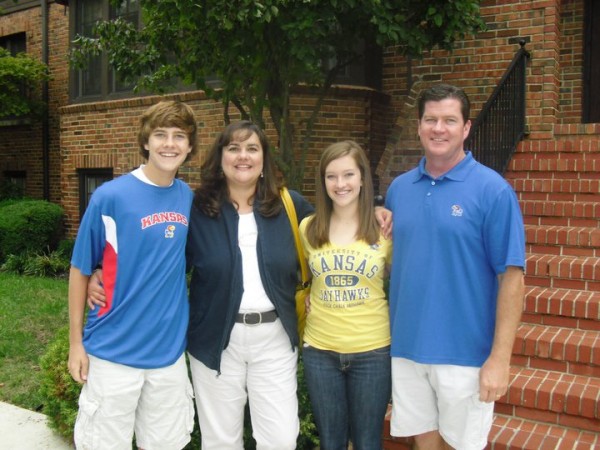 In 2006, Julie hired herself to save her family money, make some extra money, and pay down debt, all while living a fulfilling life. She blogs about her experiences at The Family CEO.