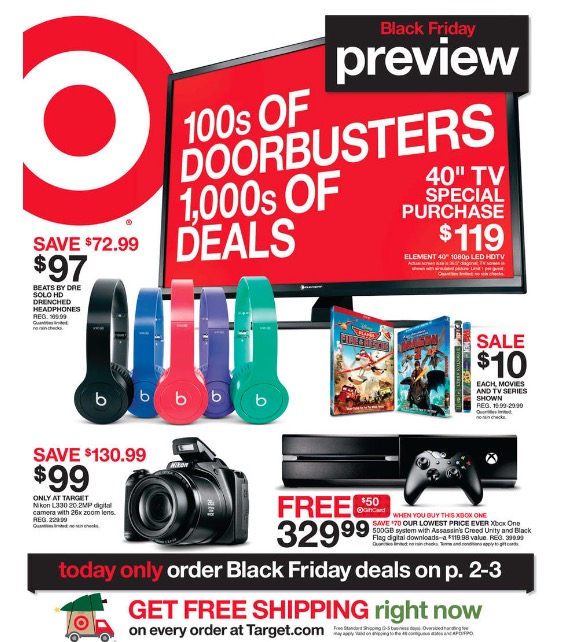 The Target Black Friday Ad has been leaked!

Target will open at 6 p.m. on Thanksgiving Day with doorbuster deals on thousands of products.

Check out all the latest Black Friday Ads at BlackFriday.fm.

Other posts in the Black Friday Ads 2014 series

Read Newer Post
« Target: Deals for the week of November 9-15, 2014
Read Older Post
Free Ebooks: Astonished, Getting Back Up When Life Knocks You Down, Mason Jar Meals, and more »