Reader Testimonial: Frugality Allowed Us to “Splurge” For Others

An anonymous reader emailed in the following testimonial which I thought many of you would find encouraging:

I was the tight-fisted frugal one when we got married, but my husband was so impressed by my freebie-grabbing, creative penny pinching and compulsive saving that he quickly got on board! Even though we’ve only had one income for our family of seven, and that one income has always come from the notoriously underpaid field of education, we’ve never had any debt except for our mortgage which we vowed to pay off in less than five years (which we did). Our vehicles, home renovations, computers and all other purchases have always been paid for with cash.

A few years ago we heard about an orphanage in Burundi that was in distress. Its 20 young occupants shared two 10 x 10-foot rooms and had no running water or electricity. A piece of property had been located that had roomier buildings, water, power and a little land (i.e. for gardening, or some animals to help feed the orphans). Burundian refugees in America who were supporting the orphanage had no idea how to raise the exorbitant (to them) sum of $15,000 to pay for this in full, as apparently there were no mortgages in this primitive country.

Hearing about it through an emailed prayer request, my husband investigated the need, prayed and fasted, and ended up writing a check for the whole amount of $15,000! He was able to visit the property a year later with our daughter. What a heart-stopping, choked-up moment that was for them! 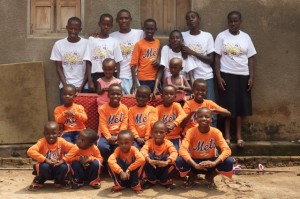 He took the above picture of the orphans in front of their new home and would have packed one or two of them into his suitcase to live with our family if he’d been allowed to! I love that guy!

My seamstress daughter also designed simple dresses like the one below which her sewing ministry was able to make for the girls: 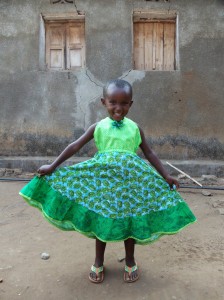 God’s ways are awesome and we’re so blessed to be a part of His will. My tightness paid off in that we were able to splurge for others far away when it was really needed!