Having a Baby Without Breaking the Bank: Baby Doesn’t Need a Room of Her Own (Guest Post) 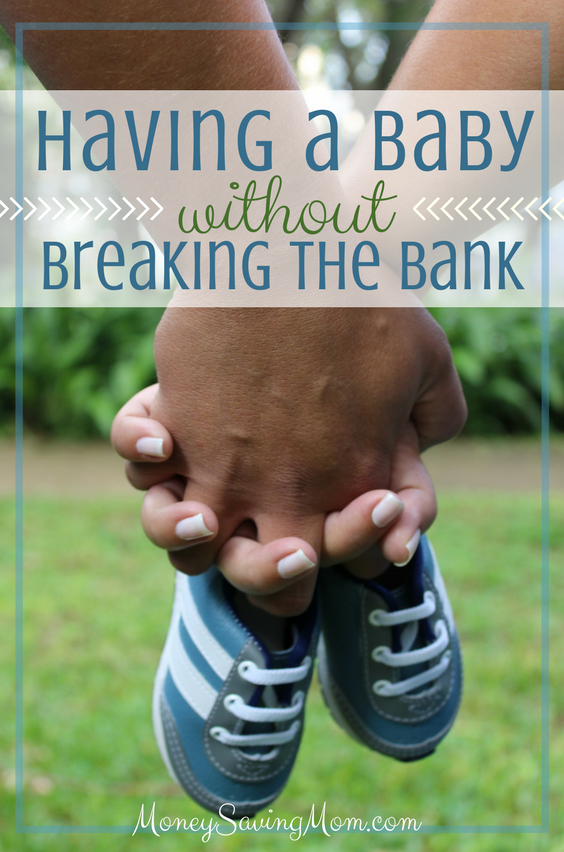 Guest Post by Carrie Kirby from Shoplifting With Permission

Open any pregnancy magazine, and you’ll see that parents-to-be are expected to devote considerable time and money to furnishing and decorating a nursery for the new baby. Upscale publications even depict parents agonizing over how to apply their sophisticated decorating sensibilities to a baby’s environment by finding curtains, crib bumpers, and wall appliques that aren’t too cutesie.

I have been spared such dilemmas, because I never put together a nursery for either of my girls–nor am I planning one for the baby we’re expecting this summer. What I have realized over the course of raising two babies is that the last thing an infant needs is a room of her own. Since moving to a bigger home is one of the most expensive changes families make when they have kids, it’s worthwhile to consider whether a move can be postponed or avoided.

With our first baby, we lived in a one-bedroom condo and didn’t have a separate room to decorate. At the time, this situation pained me, because I felt like I was sitting out of an all-important nesting activity. I did try my best to decorate and furnish the end of our bedroom that would be the baby’s, and this compromise ended up fulfilling both the baby’s needs and my need to play out the full expecting mother experience.

I worried, during my pregnancy, that we were terrible parents for not moving to a bigger place–something that would have been impossible for us at the time. I didn’t realize that for most families, that lovingly decorated new nursery is superfluous in the early months because babies typically spend their nights in the parent’s room. In fact, the American Academy of Pediatrics recommends that newborns sleep in the same room as their parents.

We put the changing table up against one bedroom wall, hung a baby organizer and some baskets on the wall for holding burp clothes and little hats, and put a Pack ‘N Play next to the bed as a bassinet. The crib we placed in a spare corner of the living room, so I could keep an eye and an ear on my newborn during her naps.

The only time we ever needed the baby monitor we’d received at the shower was when I went to the basement to throw in a load of laundry. When the baby was older, we put away the Pack ‘N Play, got rid of most of our bedroom furniture besides the bed, and managed to squeeze the crib into our room.

When does a baby need a separate room to sleep in? Technically, never, if you think about the fact that in the course of human history, the idea of private bedrooms for each person is a relatively recent innovation. Even today, it’s not universal–plenty of cultures worldwide still consider it normal and desirable for the whole family to share a room, or even a bed. But practically speaking, where to keep the children is a decision that should be based on each family’s needs and resources.

We began to feel the need to get the baby out of our room when I wanted to stop getting up to nurse her at night. This happened between the ages of 12 and 18 months. If I had it to do over again, I probably would have moved the baby’s crib back to the living room at that point. Instead, we kept the baby in our room and when the she cried–when my attempts to soothe her without nursing failed–we’d try to sleep through her yells. One of us would usually end up on the couch, where there was not enough room for two. It was not a fun time.

This does not mean, however, that you need to move to a home with a separate bedroom for the baby by the time you want to night wean or when she hits a certain age. For most babies, the period when there is a lot of crying at night is short (although it feels like eternity at the time). Some families are even successful getting their babies to sleep through the night without any crying.

You can probably find a temporary solution that allows other family members to get their rest if the baby’s being noisy. When our second baby was a few months old, we moved to a three-bedroom house. Our plan was for her to transition from our room to sharing the second bedroom with her sister, then 3 years old. The third bedroom we reserved as a guest room/den.Naturally, the second baby went through a time when she was waking her sister with nighttime crying. We experimented with various set-ups, moving the Pack ‘N Play to the guest room and the living room at different times. Eventually, we moved her back into the kids’ room and her sister learned to sleep right through the crying. And, then, thankfully, the crying mostly stopped.

Probably the most important issue when living in a small home with a new baby is not the baby itself, but all the equipment that often comes with a baby. If you share a small space with a baby, it’s essential to keep equipment and toys to a minimum to stay sane!

Here are some other creative ideas for housing the baby in a small home:

1) The baby doesn’t have to be changed in the same place she sleeps. In fact, the bathroom is the best place for a changing surface if there is room. If space is really tight, skip the changing table and simply keep a basket of supplies and a changing pad wherever’s handy.

2) One family I know put the baby’s crib on the landing between the bedrooms. Just make sure that the crib can’t roll down the stairs!

3) To make room for a crib in a kid’s room, consider bed sharing or bunk beds for older siblings.

4) Check out this breakfast-nook-turned-nursery created by Maggie Mason, who blogs at MightyGirl.net. Their budget was $1,400, most of which went toward having doors custom-made for the formerly open nook.

5) At the website, Apartmenttherapy.com, readers recently weighed in on how long a family of three could live in a 400-square-foot apartment. Read the thoughts and ideas shared here.

6) There’s a helpful tutorial on EHow on turning a walk-in closet into a nursery here.

Freelance writer Carrie Kirby blogs about frugal living at Shoplifting With Permission and about parenting at My Funny, Funny Family.