50% Off Clearance at Barnes & Noble

I had been hearing reports that Barnes & Noble had a huge 50% off clearance section at some of their stores and that lots of items — including clearance items — were marked down to 50% off! 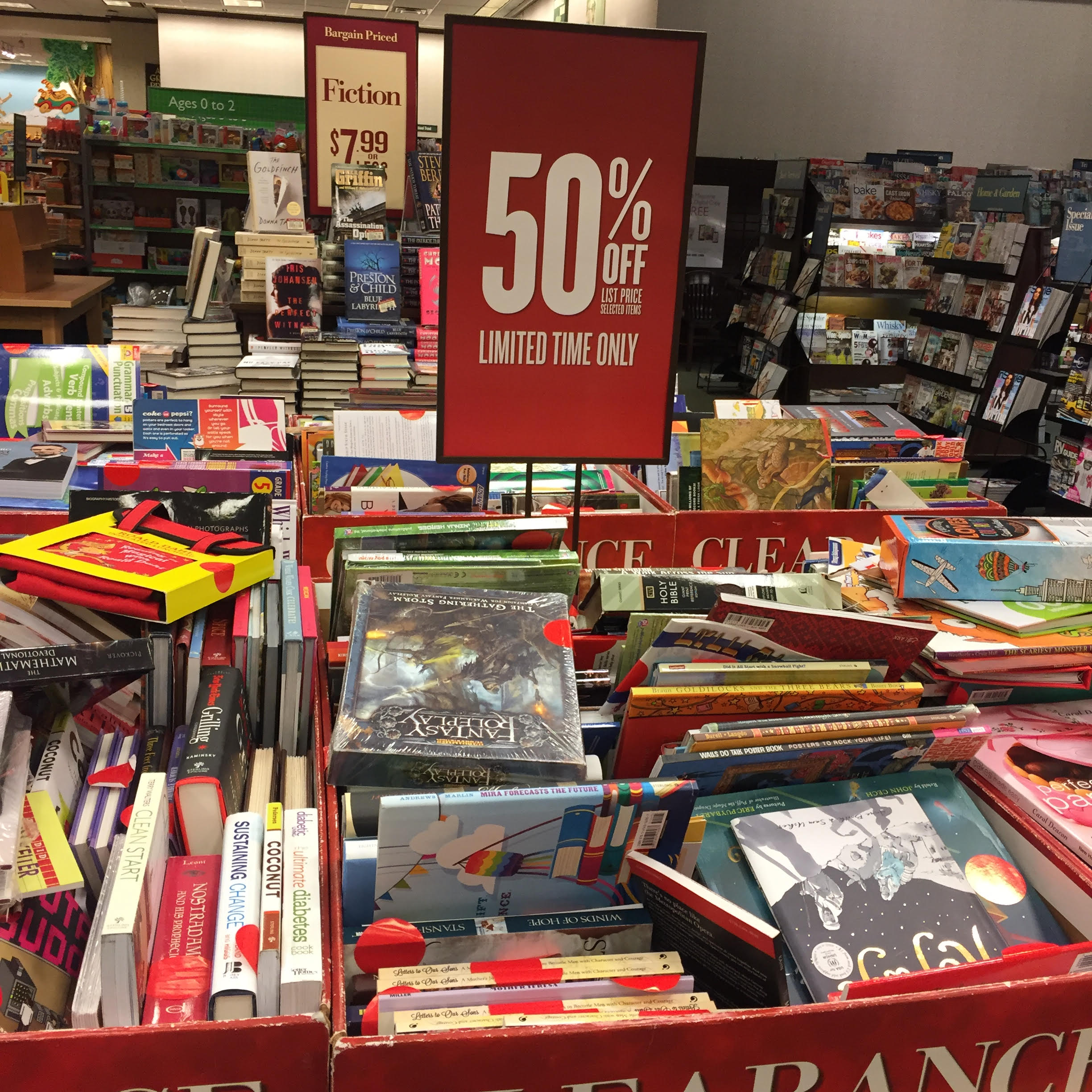 Kathrynne had gotten a Barnes & Noble gift card for her birthday, so we went there last night so she could spend her gift card. While there, I scoped at the store for the 50% off clearance section. It wasn’t really obvious or at the front of the store as I had assumed it would be.

Instead, it was near the back. But there were a LOT of items marked down 50% off. 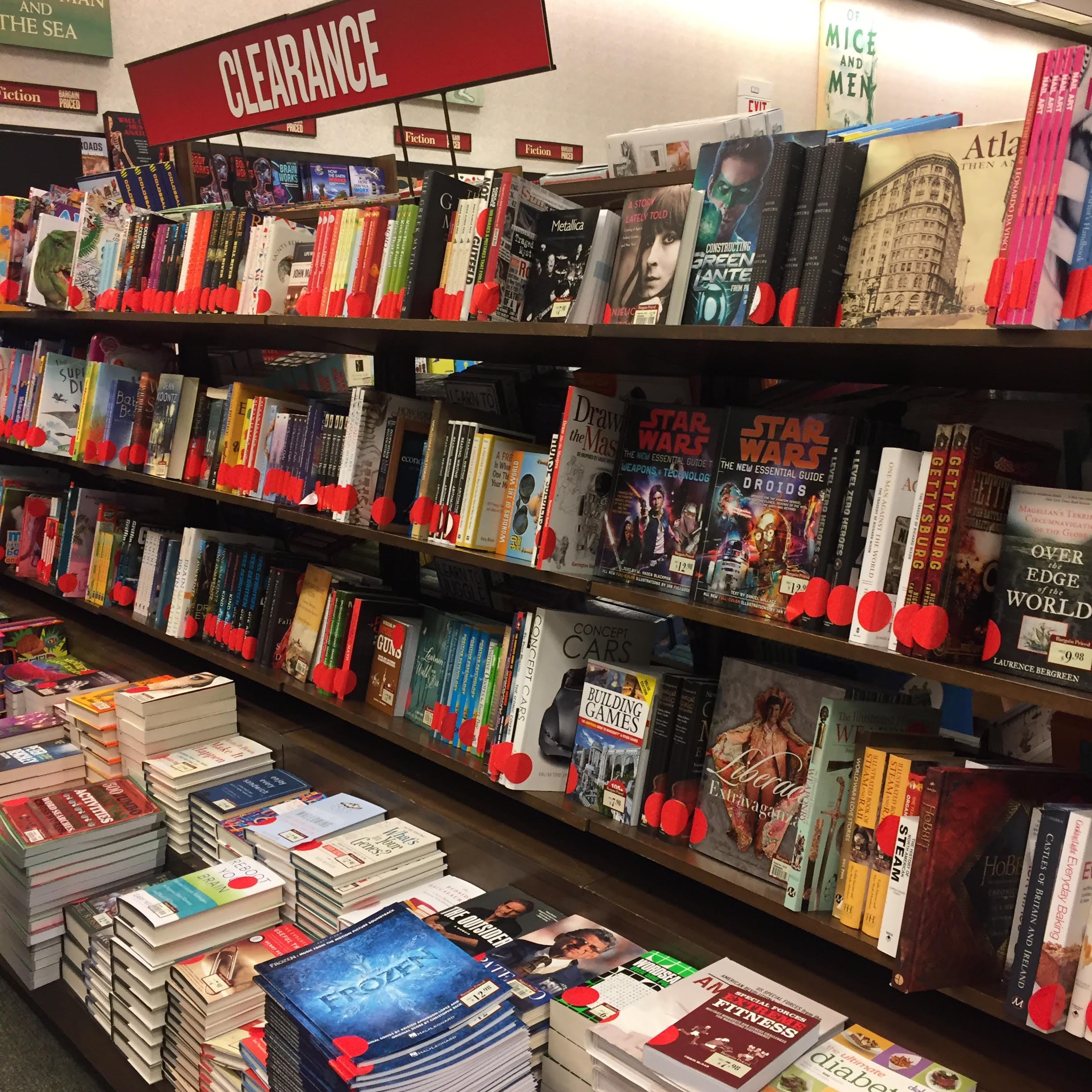 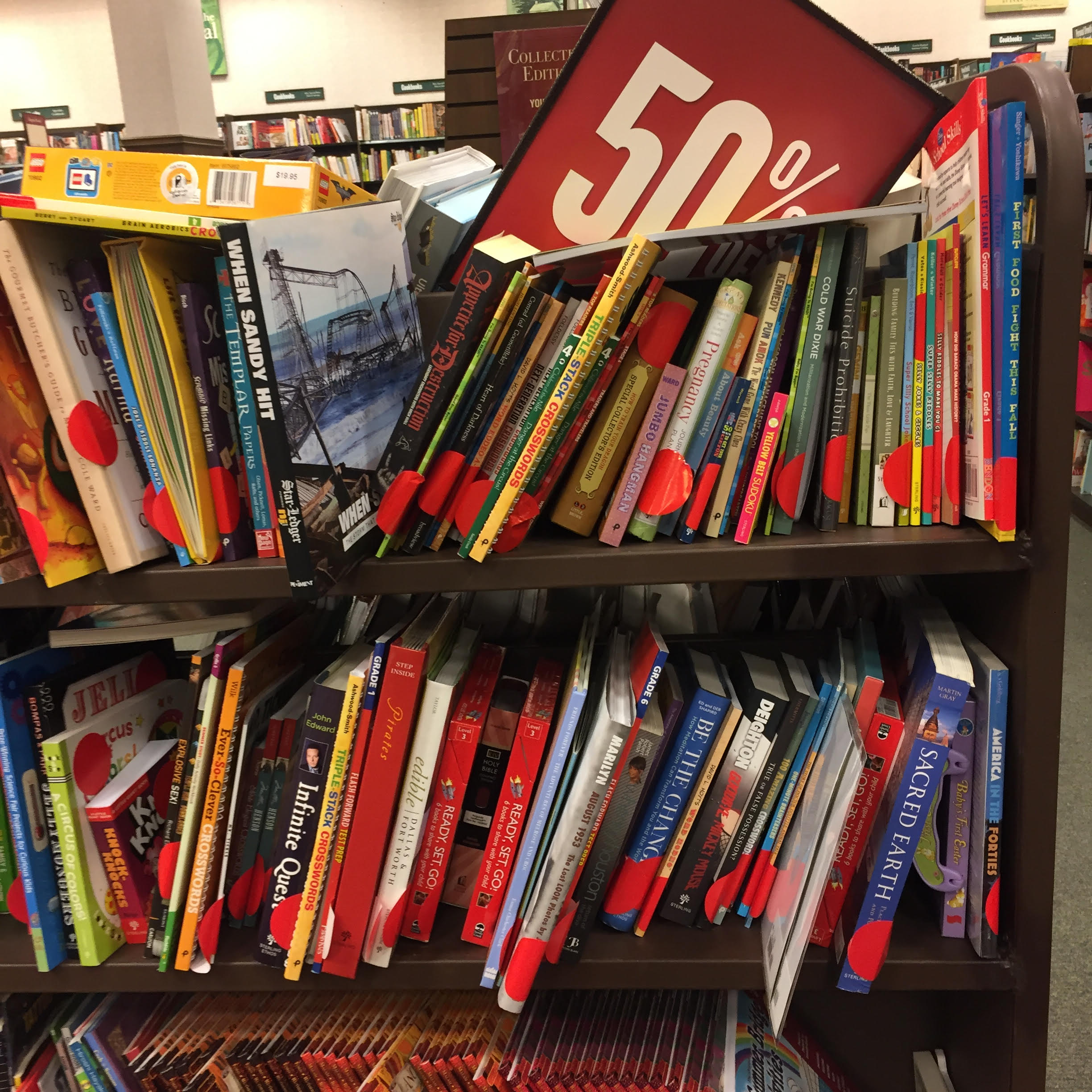 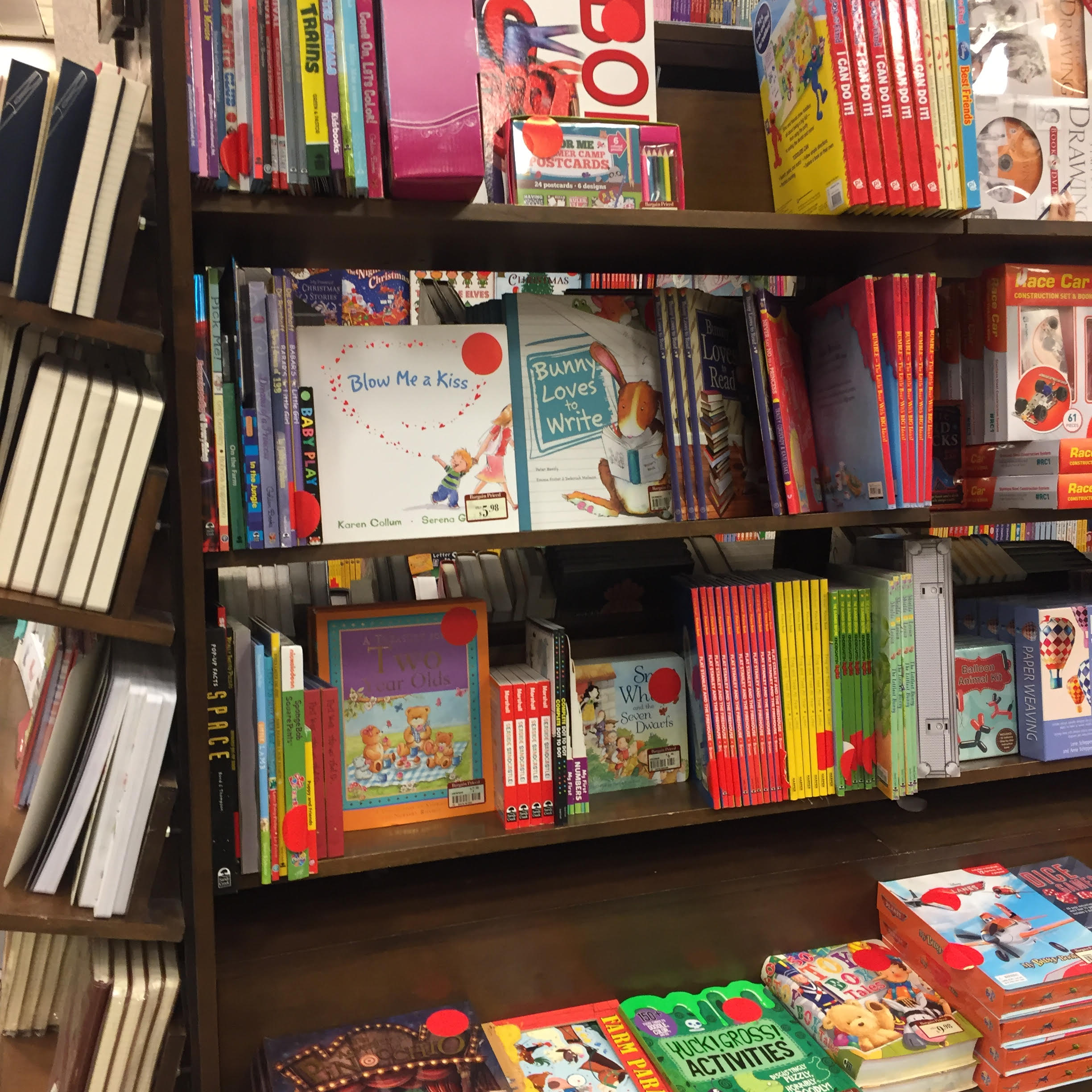 Some of the items wouldn’t have been that great of a deal since they were only 50% off the retail price — which, if you know anything about the retail prices on books, they are usually quite inflated (especially compared to what prices you’ll pay on Amazon).

But as I looked around and dug more, I found that there also was a clearance area that was marked down by 50%, too. This made many items — including books, crafts, kids’ items and more — marked down as low as a few dollars!

I didn’t find anything we couldn’t live without, but I did see lots of items that would be great to stick in your gift stash, if you have one.

If you found a great clearance at your Barnes & Noble, too, let us know!